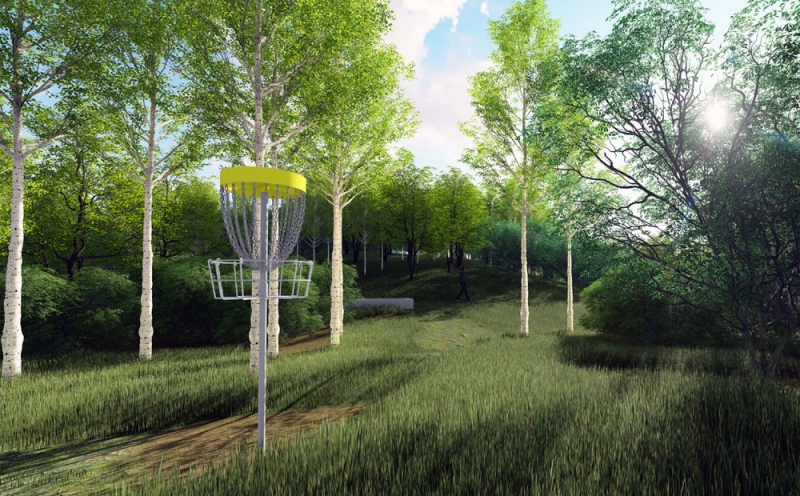 The city’s longest disc golf park just opened in Royal Oak at the beginning of June and it’s free to play. Plus, you don’t need to book a tee time. The park memorializes the late David Richardson who was an avid player of the sport. Disc golf is played on an 18-hole course like in regular golf, but instead of swinging a club, players stand at a tee and throw discs (like a Frisbee) into a basket. The course covers 27 acres and is a par-63 with “holes” ranging from 5,200 feet to 7,400 feet. If you drive here, be mindful that it’s about a 10-minute walk through the park to the course. You can also access the course by foot or on your bike via the Rotary Mattamy Greenway.

Ride a 15-person bike to breweries with Urban Pedal Tours

There’s a new way to see some of the city’s tap rooms and brew pubs. Edmonton-based Urban Pedal Tours now offers 15-person bike tours in Calgary that take peddlers to breweries in the Beltline and the Manchester Industrial area. In the Beltline, you’ll ride to Millstreet Brewery, Trolley 5 and Last Best and in Manchester you’ll stop at Annex Ale, Banded Peak and the newly opened Born Colorado. The bike goes a leisurely 10 kilometres an hour and there’s a guide that steers it to each boozy locale.

Escape rooms have been popping up all over the city for a few years now, but the newest addition is at SmartyPantz in the Beltline where players solve puzzles while wearing virtual reality headsets. There are two themes available for groups of four and each lasts 35 minutes. In Space Station Tiberia, players are astronauts in a space station and are tasked to save Earth from an asteroid by reactivating the station. In Depth of Osiris, players are deep sea archaeologists who have to dig up an ancient temple before their oxygen runs out.

Go on a hunt around the city with Mystery Town Tours

Learning about history, art, shopping and dining in Calgary just got a little more fun. Mystery Town Tours is an escape room meets scavenger hunt meets walking tour around the city. There are two themed adventures: Sculpted in Time, which takes you through downtown and takes three to four hours (there’s also an option that takes up to 90 minutes), and Calgary Airport Caper, which takes you around the airport and lasts 60 to 90 minutes. Once you’ve purchased your tour online, clues are sent to your phone either through the Mystery Town Tours app or text message. Each clue takes you to a popular and lesser-known shop, restaurant or bar and reveals information about each. Once you’ve finished, you can see how you’ve placed against other teams through the app. Mystery Town Tours also offers two adventure options in Canmore.

WinSport is the ultimate adrenaline-fueled destination in Calgary, with North America’s fastest zipline and a bobsleigh track. Its newest attraction (which opened at the end of last summer) is called Free Fall and you can jump from an eight-storey building while strapped into a bungee-style harness, free-falling eight metres before coming to a slow decent to the ground.

One of the things we love about Calaway Park is that many of the same rides we rode as kids are still there. But there’s a new ride this year called the SkyWynder that takes you up a 40-foot column where you can take in pretty mountain views before it spins drops you towards the ground as you spin round and round. This ride is not for the faint of heart.

Watch Olympians compete in track and field at the Track Takeover

On June 23, male and female Canadian Olympic athletes and Alberta’s top prospects will be competing in track and field events at Olympic Plaza downtown. There will be a 100-metre sprint, high jumping and pole vaulting all taking place on a portable track designed by Athletics Canada. It’s a free event and there will also be live music, a corporate challenge relay race and opportunities to meet and get autographs from the athletes. The athletes’ names have not yet been announced.

Go see the giant pandas at the Calgary Zoo

If you haven’t seen the pandas yet, trust us – the cuteness is almost too much to handle. The four giant pandas (Da Mao, Er Shun, Jia Panpan and Jia Yueyue) were first seen by the public in May at their new 20,000-square-foot home at the Calgary Zoo. Lineups on the weekends have been long, so we suggest sneaking away during the week if you can. Or, you can reserve your spot online. If you want to go full panda fan-girl, there’s the Panda Market gift shop and kids can get their faces painted like a panda.

Buy a Vigo Card to experience the city on the cheap

The Vigo Card is a discount card for Calgarians that gets you special deals at 14 local businesses in the city, for just $15. It’s valid through the summer until August 31. The deals include up to five $10 drop-ins at Yoga Nova Studio in Altadore (regular $20), happy hour prices all day at Brasserie Kensington and buy one, get one half-off on box tickets purchased at the box office at Loose Moose Theatre Company.