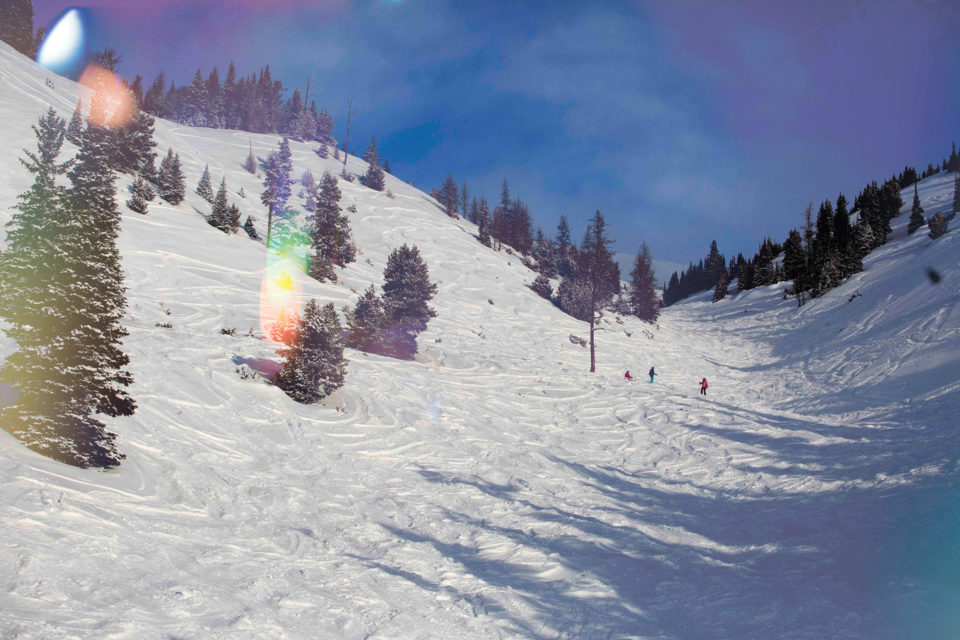 Despite frequent claims to the contrary, the purpose of downhill skiing is not to defy death. Nor is it about being sick, rad, sphincter-tightening or extreme to the max.

No, it’s about one thing and one thing only: Shouting “whee!” like a kid. And that’s where blue runs come in. Wide-open, pleasantly undulant and yielding only occasional moguls, they designate terrain suitable for intermediate riders, on slopes graded at between 25 and 40 per cent. That includes kids, of course, plus pretty much everyone else.

Blue runs are built for the mode known as “cruising,” which can generally be described as making swooping arcs with nearly as much speed as you can gain, all while keeping your eyes on the scenery rapidly approaching you instead of fixating on your tips. This is where sliders learn to let their boards run while affecting a relaxed but alert posture, and occasionally even a cool one. It’s worth noting that those familiar green/blue/black trail icons were actually designed in 1964 by The Walt Disney Company for a never-built California resort, and their first usage in North America occurred four years later. So there has been plenty of time for advanced skiers — honest ones, at least — to learn that there is nothing middling or square about a quality blue. From teen shredder to Grandma telemark, it’s the one zone where the whole family can ride together and have legitimate fun.

Another blue-square bonus has to do with machine grooming, which these runs get in disproportionate quantities thanks to mountain operators trying to please the largest number of guests. A piste of buttery corduroy is ideal for focusing a learner’s attention, and it’s better still if the trail crew works its magic right after the lifts close, hopefully to be dusted by four or five centimetres of overnight snowfall. That would be your “powderoy,” a fortuitous surface condition which makes an excellent stepping stone to riding true off-piste powder.

Which reminds us that human nature compels us to constantly improve, skill-wise. And yes, the blue square is where much of that progression will take place. Just prepare to squeal with delight while you’re doing so.