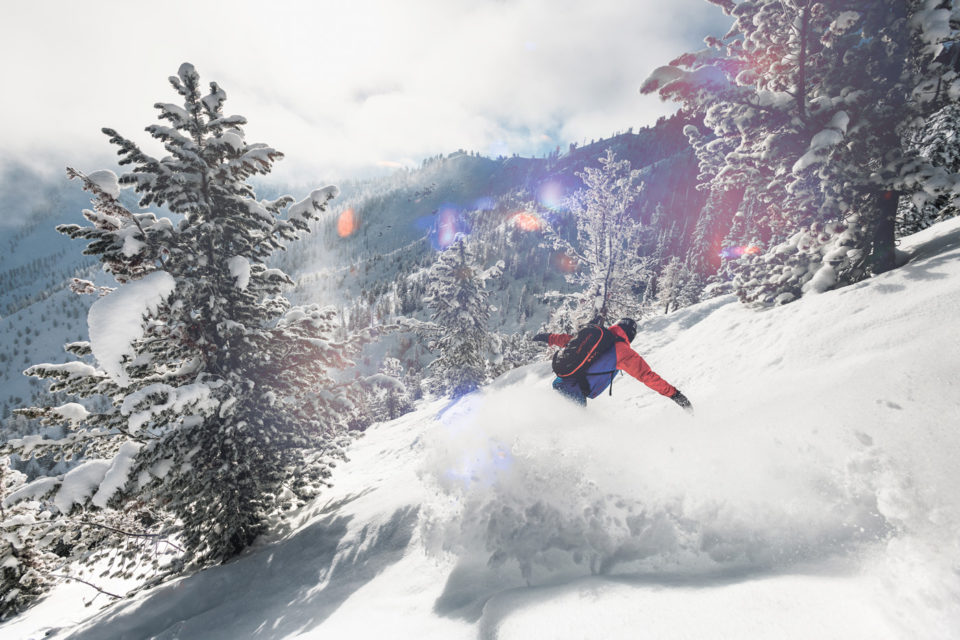 The Monster, an area of extremely advanced terrain at Panorama Resort is expanding this season. Photograph courtesy of Panorama Mountain resort.

“Tanner skied The Monster!” exclaimed my friend Diane on the phone. Tanner, who is 10, is rumoured to have been conceived in a snowcat while his ski-guide father and avid-skier mother were stuck between two avalanches on the road exiting a backcountry lodge that they worked at.

The “monster” that his mother was referring to is a 200-plus acre zone of steep and gnarly terrain on the eastern side of Taynton Bowl, the hub of expert skiing at Panorama Resort. Best known for its impressive vertical rise of 4,200 feet (around 1,300 metres), Panorama currently ranks as the fifth-largest ski area in British Columbia. The resort debuted the first four Monster runs at the start of the 2017-2018 winter season and will be expanding further this season with the addition of four new extremely advanced lines in the area that are set to open in December.

If you want to take on The Monster on regular weekdays you’ll have to earn your turns the old-fashioned way (hiking/touring in). But on weekends, holidays and special dates throughout the season, Panorama makes it easier by running a 13-seat passenger snowcat into the area for the cost of $15 per ride (over and above the price of a lift ticket). The cat picks up skiers and snowboarders at Taynton Bowl’s Never Never Land run and ferries them to the furthest reaches of The Monster zone. The ride takes about 10 minutes and there’s a great stereo system on board to get passengers stoked for what’s to come. Speaking of cats, last season Panorama debuted its snowcat version of a food truck, the Snowlicious Mobile Kitchen, that roams the mountain serving up burritos and beer, though it’s unlikely this cat will make it over to The Monster.

For those who suspect they may not have what it takes to tackle The Monster but feel it’s in them to work up to it, Panorama offers “adult improvement sessions” — small-group lessons for skiers and snowboarders of similar ability, who work with instructors towards specific goals like improving confidence in the Taynton Bowl, or even skiing it for the first time.

For the rest of us, we’ll be content with watching the GoPro videos of our hard-core friends’ hard-core kids.

Panorama isn’t the only resort near Calgary where you can find in-bounds terrain that qualifies as “extremely advanced.”

For Calgary skiers and snowboarders of a certain ability, Sunshine’s Delirium Dive has long been a rite of passage. All riders of The Dive must be equipped with avalanche gear (digital avalanche transceiver, metal shovel and collapsible probe) and be with a partner. Access is through a gate at the top of the Continental Divide chairlift. Lest you think you can slip in there without the requisite gear, the gate is equipped with a sensor that registers each rider’s transceiver as they pass through single-file.

Kicking Horse Mountain Resort is blessed with an abundance of expert-level terrain, a major reason why it’s a stop on the annual Freeride World Tour (FWT). Kicking Horse’s Ozone area was previously only open during FWT events — and only open to those competing. But that all changed this past season when, following the 2019 tour events in February, the resort opened up the 660-acre Ozone terrain to the public. Before you go charging in there though, consider that it is likely no coincidence that one of Canada’s best sports surgeons, Dr. Mark Heard, operates in Golden.

The prize for the most underrated spot to ride extremely advanced terrain in-bounds goes to Castle Mountain Resort, the community-owned and operated ski area tucked in the mountains northwest of Waterton Lakes National Park. If you want to test your mettle, take the Tamarack chairlift to the top and get one of the friendly locals to point you toward the infamous Chutes, where you’ll find a cornucopia of challenging lines. What you won’t find are the kind of crowds that you get at other ski hills, so you’re also very likely to find them dusted with fresh snow.