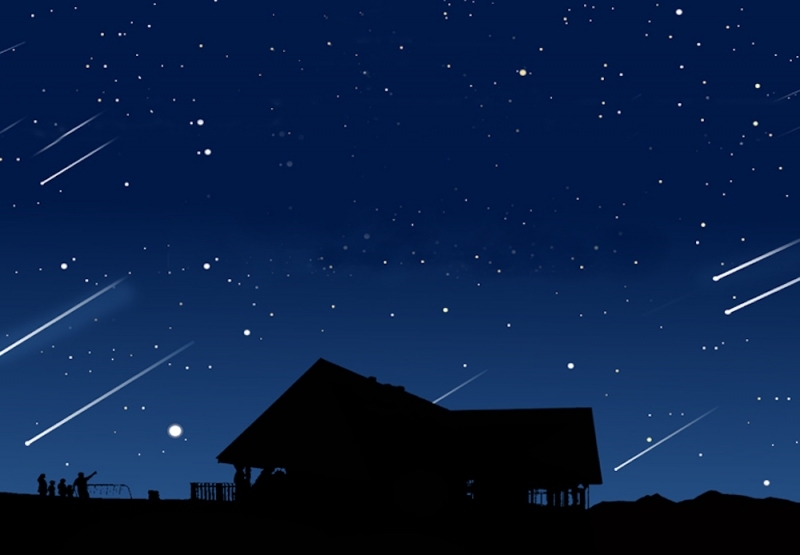 If you’re interested in astronomy or stargazing of any kind, you’ll want to venture away from the city to take in the Perseid meteor shower. Meteor activity will peak this weekend. Probably. It’s hard to say for sure.

Phil Langill, the director of the Rothney Astrophysical Observatory, predicts that you will likely see activity a day or two on either side of the predicted high-activity dates (those being August 11 and 12). “Predicting an exact date is like a weatherman predicting the forecast two weeks from now,” says Langill. But everyone will see some meteorite activity in the next few days, if the conditions are right. Langill says visibility depends on a lot of factors like how far away from the city lights you get, how bright the moon is and whether there is cloud cover.

Langill shares some details about the Perseid meteor shower you might want to know if you’re hoping to catch it over the next few days.

What is the Perseid meteor shower?

To understand what the Perseid meteor shower is, you need to know some astronomy. Don’t worry. It’s pretty basic.

You know the earth is orbiting around the sun. You know it takes one year for the earth to make one orbit around the sun. What you might not know is that at this time of year, the earth reaches a point in its orbit where it encounters some debris from a comet. (Space debris is just frozen junk, like dirt and sand.) So, the earth is orbiting on one plain and the space debris is orbiting on another plain. Each August, the earth passes through this debris field. Remember that the earth is moving fast – when the debris hits the earth’s atmosphere, it’s moving fast enough that the bits of debris burn up in the atmosphere. What we see are little streaks of light – basically, just burning space junk – in our atmosphere. Those bright streaks flashing across the sky is the Perseid meteor shower.

Why is it worth seeing?

If you’re a city dweller, the Perseid meteor shower is an excuse to get outside and make the most of a late summer evening, a (hopefully) clear night dotted with stars and a once-a-year-astronomical show.

Langill believes just getting outdoors is beneficial, even if you don’t see anything spectacular.

“I’m one of those people that believes that, generally, society is losing touch with nature. Like visiting the mountains, I think viewing a star-filled nighttime sky can make you feel healthier and happier,” says Langill. “The sky is a natural resource for people, just like clean air and water, and people need to experience a starry, still sky. And a meteor shower is a great excuse.”

Where to go to see the Perseid meteor shower

According to Langill, this isn’t the kind of astronomical phenomenon that you need a telescope to see. “You just have to get somewhere outside the city where it’s dark,” says Langill. “Everybody has their own favourite spot outside of the city someplace. Bring your chair, your tuque, your warm boots and your hot chocolate, and just hang out for an hour or so and see what you see.”

A few out of town spots worth driving to if you’re trying to catch the starry show include the Big Rock outside of Okotoks, the Badlands, Priddis, Big Hill Springs Provincial Park or out in the mountains.

Keep in mind that the Perseid meteor shower doesn’t look the same for everyone. Someone viewing from Canmore will see a completely different show from someone in Edmonton.

According to Langill, the Rothney Astrophysical Observatory used to host public events around meteor showers, but they no longer do. That being said, there are public events held at the RAO at least once a month. Here are upcoming events the RAO to plan for.

During these dates the conditions are perfect for viewing distance galaxies and nebula. View the sky through the telescope and ask astronomers your questions.

This open house event is part of Beakerhead. Mix art with your astronomy and try to see Cygnus the Swan.

Hear fictional stories inspired by the night sky and look through the telescope too, weather permitting.

Learn about the threat of light pollution and see what kind of changes you can make to create a positive impact.