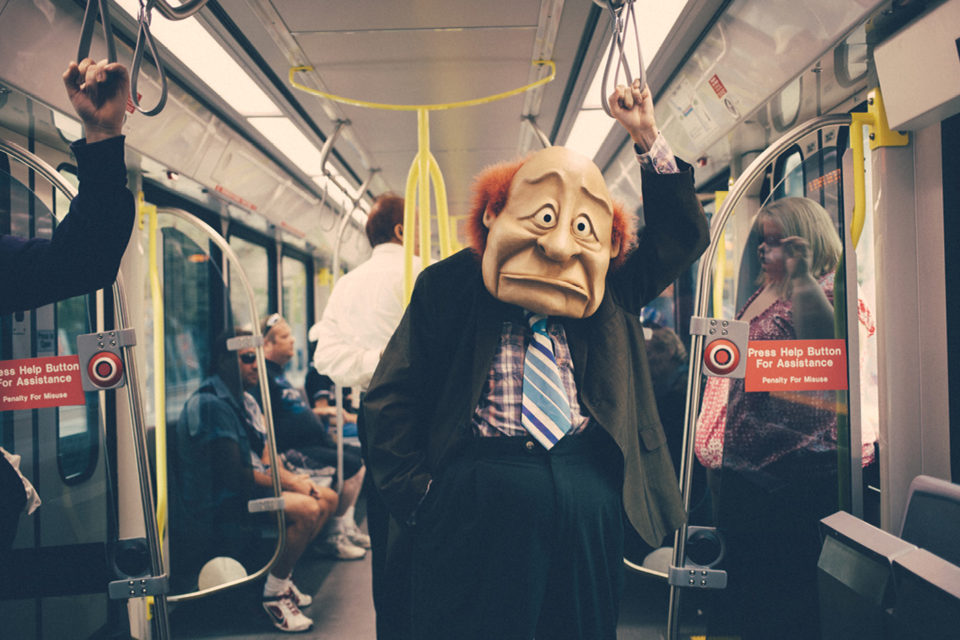 Puppetry in various forms will infiltrate the city this month for the ninth biennial Festival of Animated Objects. Photograph by Sean Dennie.

This month, the ninth biennial Festival of Animated Objects (FAO) highlights Calgary as one of the best places in the world to watch or make puppetry, mask or “animated objects.”

The city’s status as a puppetry hotbed began in the 1980s with artists such as Ronnie Burkett, Interlude Mime Theatre and Aréte Contemporary Mime Troupe introducing puppets as an artform for serious work, rather than just kids’ entertainment. Through the nineties, puppetry was incubated by local mainstay companies including the Green Fools, WP Puppet Theatre and One Yellow Rabbit.

Today, FAO founder and co-artistic director Xstine Cook says Calgary’s puppetry is picking  up steam more than ever. “It may be due to the  entrepreneurial spirit that seems to inhabit Calgary and lives through the people who invent, create and innovate here. A can-do, self-made attitude works well in an artform that is largely self-taught, and is constantly reinventing itself,” she says.

Even those outside the world of puppetry are  probably nonetheless familiar with the Old Trout  Puppet Workshop. Since its inception in 1999, the local troupe’s myriad independent and col laborative productions have grown it into a staple  of the city and the nation’s arts scene.

Trout productions have toured the world, earning rave reviews and awards along the way. So it was a natural fit for Old Trout co-founder Peter Balkwill to join the FAO as co-artistic director four years ago. In fact, it was necessary; running the festival on her own had taken its toll on Cook and, as Balk-will recalls, she nearly quit. “I went, ‘no, no, that can’t be, this has to happen, this is way too important. If you don’t do it, I’ll do it.’ And so she called me on that and she went, ‘okay, dude, you’re up.’”

Since then, the two have shared FAO duties while taking care of their own outside responsibilities: Cook heads the Calgary Animated Objects Society; Balkwill, in addition to being a member of the Old Trouts, teaches at the University of Calgary, the Banff Centre’s Puppet Theatre Intensive, the New England Puppet Intensive and the Canadian Academy of Mask and Puppetry (CAMP), which he founded in 2016.

The way Balkwill discusses puppetry is magnetic and intoxicating. His words spill out in a torrent as he explains the artform’s “shamanistic” qualities and how it’s more like an intersection for artists of all disciplines rather than just one form of artistic expression. His enthusiasm for the programming at this year’s FAO is infectious.

The 2019 roster includes Ghost River Theatre’s first foray into the world of animated objects with the new work Giant, based on the life of wrestling legend André the Giant, plus Tria Fata by France’s La Pendue Company. The adult-content Dolly Wiggler Cabaret is returning this year and  the festival will also feature works by emerging artists financed through CAMP’s new micro-grant program.

Outside of the FAO, the Old Trouts are getting ready to premiere their latest production (in collaboration with Calgary Opera), Ghost Opera, in Banff and Calgary this May, and CAMP is offering intensives and workshops on an ongoing basis. Whether you’re looking to learn the art yourself or simply want to see objects come to life on stage, it seems that now is as good a time as ever for puppetry in this city.

The 2019 Festival of Animated Objects runs March 13 to 17, puppetfestival.ca