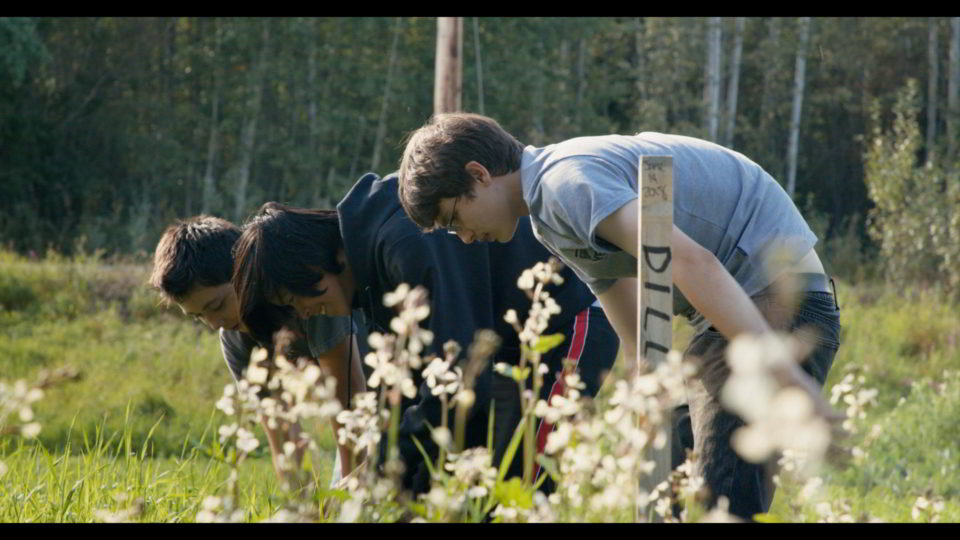 Though select cinemas will be reopening in Alberta soon, the National Film Board (NFB) and Blue Ice Docs are offering film fans a way to support cinemas and film organizations that have been hurt by COVID-19 right now.

The new documentary Sovereign Soil is about food production practices in the boreal forests of Dawson City, Yukon, by both its settlers and Indigenous peoples, particularly the Tr’ondëk Hwëch’in First Nation. Through stunningly scenic footage and interviews, the film explores different relationships people have with land and how that is expressed through the food we produce and eat. There are also two interesting Calgary connections in the form of former residents David Curtis, who directed the film, and Kim Melton, an apple grower who used to work at The Plaza Theatre.

Organizers are calling this a “virtual cinema release,” essentially offering a finite-duration streaming period where viewers use an affiliate link to direct their ticket sales to a local cinema or film organization. In Calgary, you can choose to support CIFF (which recently simplified its official name) or The Plaza Theatre, a historic theatre in Kensington that will reopen on June 19. The doc was made available on June 12 and the NFB says it will run for at least four weeks. Tickets are $9.99.