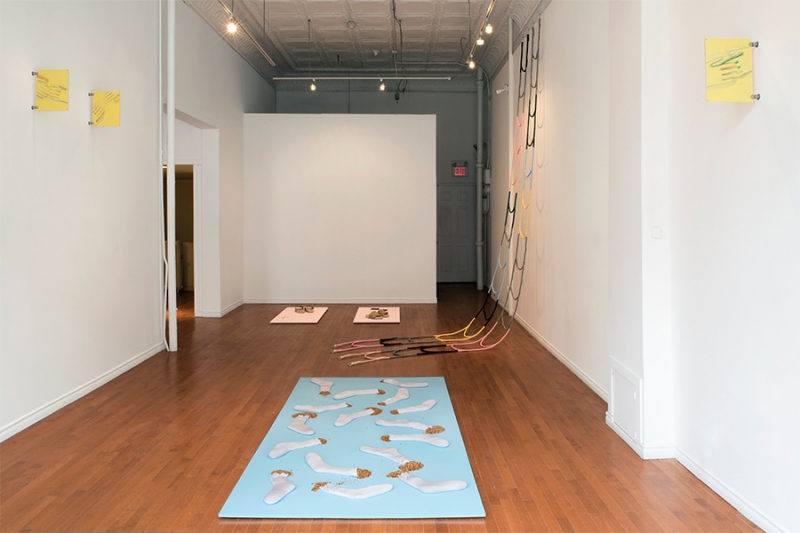 Stride Gallery opened in Calgary in 1985. It is an artist-run, not-for-profit gallery founded by a group of artists looking for their own gallery space. It’s been in its current location in downtown Calgary’s Bell Block for more than a decade.

Stride is on McLeod Trail in downtown Calgary. The main floor is divided into two exhibition spaces, and the basement houses two rooms that are used primarily for projector-based artwork like film. Incoming gallery director Areum Kim says the space is flexible and can accommodate solo artists, as well as group projects.

“We’re interested in showing artwork that are experimental and pushing boundaries of contemporary art,” Kim says. “[The exhibitions] are more of a dialogue or [display] a specific community or initiative.” Kim adds that the gallery can put people directly in touch with the artists if they are interested in purchasing a piece, but the gallery doesn’t commission sales except for its annual auction so the space is intended for free public events. Kim says the gallery hosts interactive workshops, like one last year with artist Kate Jackson, where participants were taught embroidery while discussing the artist’s work.

Stride Gallery holds four exhibitions per year and another exhibition in collaboration with grassroots organizations, like Femme Wave festival last year. In the past, the gallery has hosted exhibitions by nationally-renowned artists like Rita McKeough. Sobey Art Award nominee Jeneen Frei Njootli is also on the list of upcoming artists to be featured at Stride Gallery.

Know before you go

Stride Gallery is one of the unique ones in the city as it is not a commercial gallery. It is free, open to the public and displays work that “encourage the reconsideration and re-framing of conventional points of view.” Kim says she hopes that without the expectation of making a purchase, the gallery is perceived as a free and public space. “People think because this is an art gallery that there are protocols,” she says. “But we don’t have [protocols] here.”

One of the basement-level rooms is also being renovated to be a library and resources centre. The library will also be home to free workshops intended for emerging artists, as well as a public meeting space for community groups.