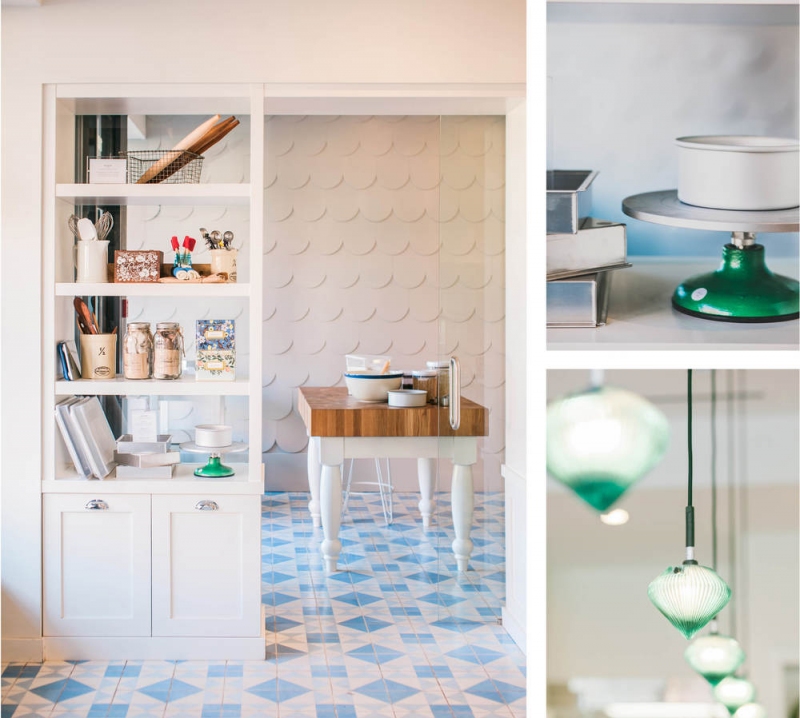 The class in a nutshell: Parents and kids can learn how to bake banana bread and cookies together. There are also cupcake and eight-inch layer cake decorating classes. At the end of the workshops, you get to take your goodies home.

When: Spring 2016 classes run from April 26 to June 9 (dates vary according to which class you take). Classes are one to two hours and accommodate six to eight people.

Whether it brings back memories from your childhood or is the reason you frequent your local bakery, few things beat the smell and taste of freshly baked goods. This holds true at local bakeries like Crave, whose cakes, cupcakes and baked goods we’ve been drooling over since they opened in 2004. For those looking to bring the sight and smell of those treats back into their own home, Crave also offers baking and decorating workshops.

Along with baking classes at Christmastime, Crave currently offers four main baking and decorating workshops. In the Mom and Me baking class, which parents and children can take together, participants make banana bread and batches of chocolate chip and chocolate chip oatmeal cookies. You get to take your treats home at the end, as well as the recipes for them.

Finally, there’s a cake decorating 101 class taught by chef Cynthia Blindenbach, Crave’s head cake designer. Under her knowledgeable eye (she’s taught all of Crave’s custom cake decorators), participants will learn everything from how to evenly cut cake layers to how to smoothly ice a cake. At the end of the class, they get to take home their eight-inch three layer cake.

Prior to last year, Crave only offered Christmas baking classes, which took place in the main kitchen of its Aspen Landing location. Now, all classes take place in Crave’s 7D Quarter Circle Kitchen, which opened inside of its Kensington location in June 2015 after undergoing a renovation. Crave co-founder Carolyne McIntyre Jackson says they wanted a dedicated space where they could share their knowledge and hold classes more frequently.

“When we renovated the Kensington space and made the decision to stay in Kensington, we knew the space was big enough to allow us to create a room like this,” McIntyre Jackson says. “We’re really passionate and we love to be lifelong learners ourselves, so we knew it was just an opportunity for us to be able to share our expertise and the craft of decorating and the craft of from scratch baking.”

Those skills are especially valuable for those who may be trying to avoid processed and pre-packaged foods or spend more time with family through baking and decorating. The hands-on nature of the workshop, which helps ensure participants really learn the techniques they’re being shown, makes doing that that much easier.

“We just want to show people that it’s not hard,” McIntyre Jackson says. “Like you can do it, it just takes a little bit of time, a little bit of preparation and you can create something that’s better for you.”