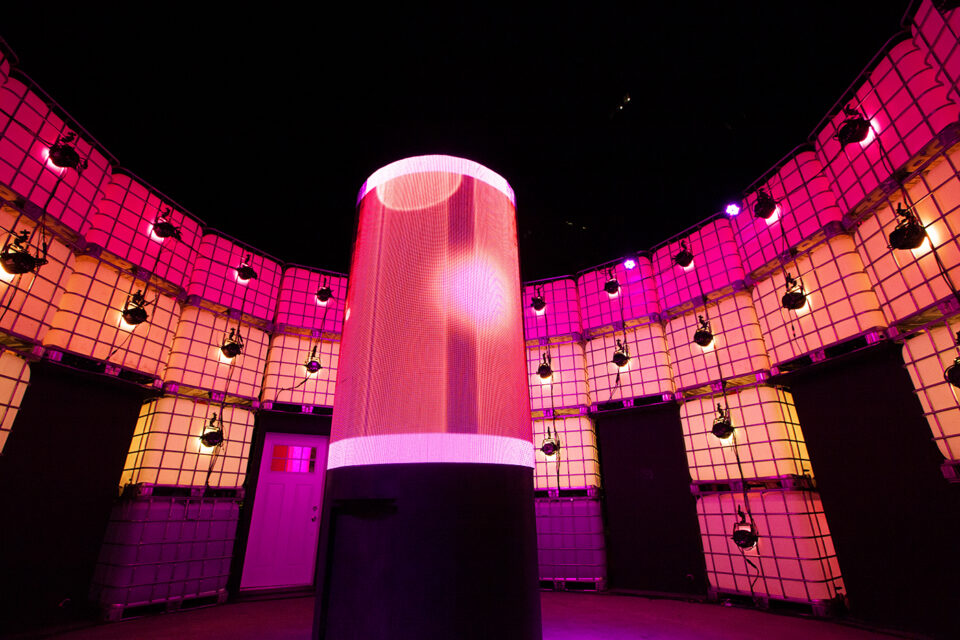 The Beacon. Photograph courtesy of CMLC.

Check out an immersive art installation in Victoria Park

There’s a cool new installation to check out in Victoria Park. The Beacon is a nearly 15-foot-tall structure made out of 60+ thousand-litre water totes and surrounded by 12 doors. While two of the doors lead to a sensory experience at the centre of the piece, the other 10 “are mapped in a choreographed light, sound and video show – a portal to another place in time and space – and every swing of the door reveals a new journey for you to embark on.” The Beacon is open daily from 10 a.m. to 10 p.m. until February 27.

Go on an Olympic-themed run with Eighty-Eight Brewing Company

Eighty-Eight Brewing Company, which is named after the 1988 Winter Olympics, is celebrating the 2022 Winter Olympics by hosting an Olympic Torch Run on February 19. The free run starts at 12 p.m. from the Eighty-Eight taproom and will go for six kilometres. Dressing up in ’80s or Olympic-themed apparel is encouraged, and may even win some prizes. After the run, you can enjoy snacks and beer at discounted prices.

On the nights of February 18 and 19, check out the Asian Night Market put on by local organizations like the Asian Heritage Foundation in the City Hall atrium. In addition to three projection exhibits by Studio Luma, there will be 24 vendors and several stage performances featuring music, dance and more.

For the past several months, Noble Pie has been offering its popular pizzas for takeout from its new brick-and-mortar location in the Beltline. But as of February 2022, guests can now dine in at the restaurant as well. The restaurant operates on a first-come, first-serve basis from Wednesdays to Sundays from 4 p.m. to 10 p.m., though still offers a limited number of takeaway pies each night as well.

Go on an adventure at the Calgary Zoo

Quest for the Golden Giraffe is part of an ongoing game series where guests go on a choose-your-own-adventure around the Calgary Zoo. Bring the whole family for an afternoon exploring the grounds (the experience itself isn’t timed, so you can take your time looking at the animals while you’re there). Timed ticket entry must be purchased ahead of time, and pre-purchased lunch options are available as well.

On Monday, February 21, Studio Bell is hosting a a number of special acitivites that are fun for all ages. The big attraction is the Dueling Piano Kings, an all-request show where the duo will play the requests from the audience. There will also be an “instrument petting zoo” where you can interact with different instruments, a Kimball Theatre Organ demonstration and a self-guided Canadian music trivia game. Admission is free on the holiday Monday and Studio Bell will be open from 10 a.m. to 5 p.m.