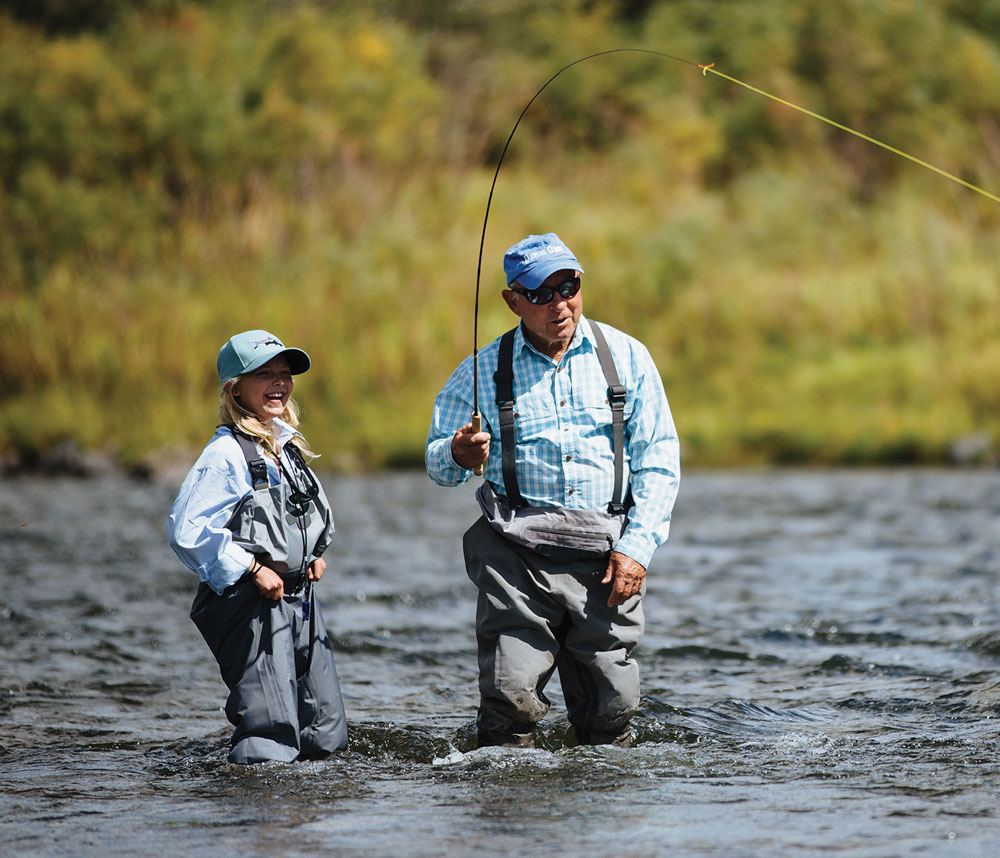 Like other mountain sports, fly-fishing can be a hard one to get into. You need a lot of gear and a lot of know-how. However, an ancient Japanese method of fishing called tenkara is making a comeback, and is a simple way for beginners to get into fly-fishing. Modern tenkara uses a long rod and a line connected directly to the rod’s tip. There is no reel. The telescoping rod is easy to manage, and it’s so small, you can strap it to your backpack, wade a river, expand it and cast your fly.

Yvon Chouinard of Patagonia, arguably the founding father of outdoor retail as we know it today, is a champion of tenkara. He has co-written a book called Simple Fly Fishing, in which he writes the best way to catch a trout is with a fly and a rod, and not much else. For someone looking for an easy way to get into a river on a sunny day, tenkara is one of the easiest ways to do that.

There is elegance in the cast, and the peaceful nature of the anglers on the rivers is more Zen than any yoga studio I’ve practiced in. A great place to fish is the Livingstone River, which is more than 40 kilometres long, with good fishing its entire length. Stay at Livingston Falls Provincial Recreation Area, about 60 km north of the Crowsnest Pass. The river is catch-and-release, and you’ll find cutthroat, bull and the occasional rainbow trout.