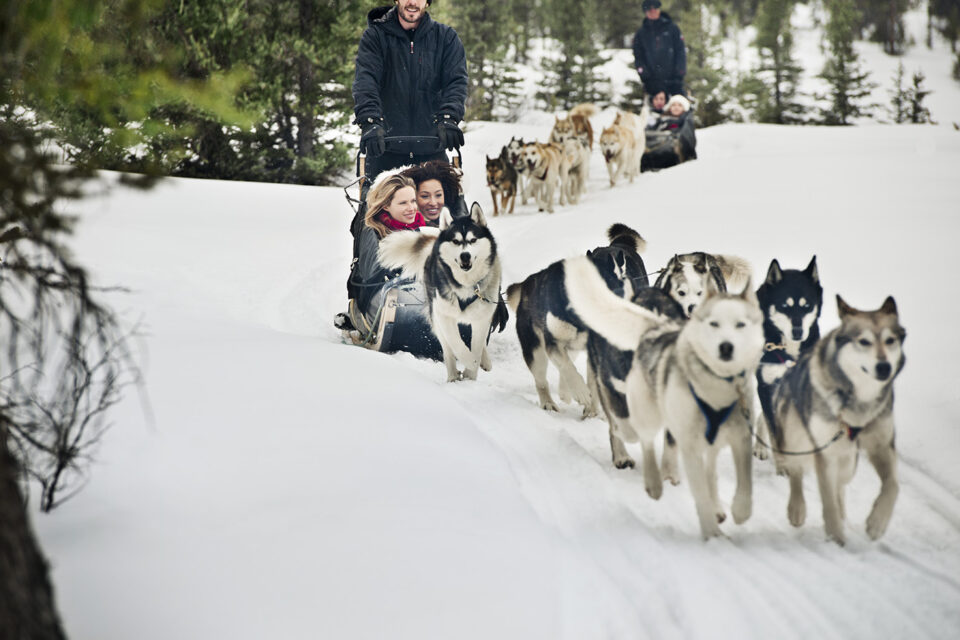 On your next day out in Banff, stop by Milk Tea at Banff in the downtown district for a colourful bubble tea. The cafe, which opened in October, serves classic bubble teas, tea espressos, smoothies and more. Customer favourites include the taro coconut smoothie and the peach mango yogurt sparkler.

A Friday comedy show is usually a perfect activity for a night out, but now you can catch the jokes at home too. ArtsPlace in Canmore is offering both in-person and live-streamed tickets for Friday Night Comedy: Dave Nystrom with Paul Kuster. Headliner Nystrom has been a notable figure in the comedy scene on both sides of the border, performing at popular festivals in Colorado and New York and as an award-winning writer for CBC’s This Hour has 22 Minutes.

When: Now until March 31

Stream the audio version of a commissioned art piece at the Banff Centre for Arts and Creativity called A distinct aggregation / A dynamic equivalent / A generous ethic of invention: Six writers respond to six sculptures. The project by interdisciplinary artist Aislinn Thomas features the responses of six writers living across Canada to sculptures in the Banff Centre’s outdoor public art collection.

When: Now until April 3

Trade evening drinks for a night of shredding powder at Mount Norquay, where night skiing is available every Friday and Saturday from 5 to 9 p.m. until April 3. The ski runs are lit with floodlights and skiing under the stars is a great activity for families and solo skiers alike. All lift tickets must be pre-purchased online.

When: Now until October 24

The annual Banff Centre Mountain Film & Book Festival went virtual for the first time in its 45 year history at the end of 2020, but if you missed out on a film, fear not. The best-of-the-best in mountain films and film programs from 2018, 2019 and 2020 will be offered online from now until October 24 for your viewing pleasure at home. New content will also be released each month so make sure to check back regularly for your next movie night.

Winter in the mountains is the perfect setting for human-dog bonding while getting a workout in at the same time. Mad Dogs & Englishmen offers both skijoring and dog sledding at Spray Lakes or Boundary Ranch. Skijoring is a fun way to combine skiing and time with your dog (or theirs) as it is harnessed directly to you, leading you through a run on skis. This outfitter offers a multitude of hourly, day and even multi-day tours. If you’re looking to experience dog sledding while an instructor guides you, check out the famous huskies at Snowy Owl Sled Dog Tours (they were featured in the 2019 Disney film Togo).

What to Do in the Mountains in November

5 Things to Do in Calgary During the Thanksgiving Long Weekend