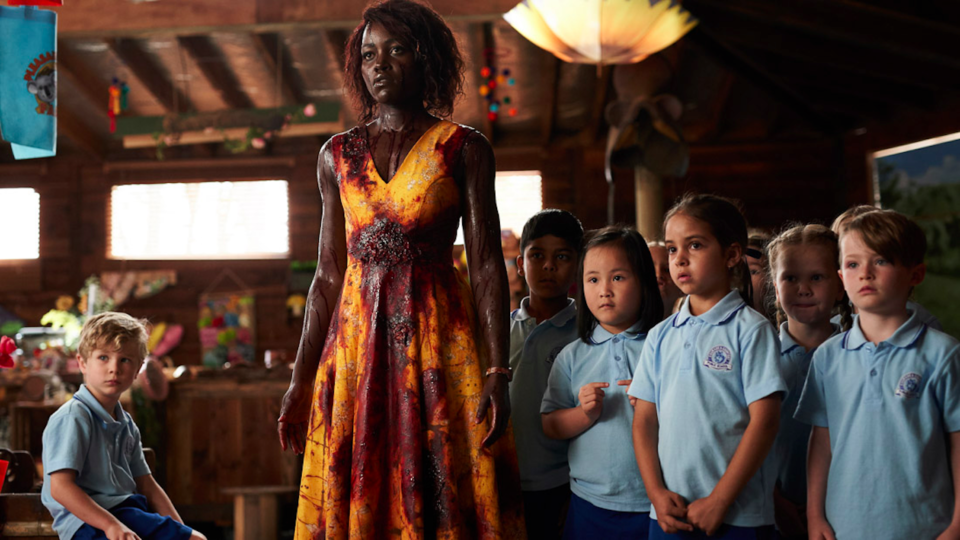 The Calgary Underground Film Festival celebrates the strange delights of life on screen each April. Whether you want to bring your baby to a horror movie, eat a few thousand calories’ worth of cereal or play indie video games on retro-inspired cabinets, there’s plenty of quirks in their program for you to explore. But let’s not forget about the uniquely curated films. There’s a zombie love story, a philosophical inquiry into the significance of the song “Who Let the Dogs Out” and even a horror movie set and filmed in Calgary’s neighbourhood of Aspen Woods. Day-by-day, here’s a look at just some of the exciting things coming to the screen at the 16th annual edition of CUFF. All screenings take place at the Globe Cinema.

Critical darling Luptia Nyong’o rattled audiences to their cores when she turned out an absolutely spine-tingling performance in Jordan Peele’s recent horror odyssey, Us. Nyong’o is now proving her longevity as a badass scream queen with CUFF opening night selection Little Monsters. Dave (Alexander England) and Teddy McGiggle (Josh Gad) fight for the affections of kindergarten teacher Ms. Caroline (Nyong’o)… All while she attempts to protect her students from a zombie apocalypse. After the show, join fellow festival goers at The Derrick across the street from the Globe for an after-party.

The latest from acclaimed indie director Alex Ross Perry (Queen of Earth, Listen Up Philip) stars recurring collaborator Elizabeth Moss (Mad Men, Us). The fictional rockstar biopic will likely look familiar to anyone who followed the rock tabloids in the ’90s, as it chronicles an outspoken punk frontwoman’s descent into ego madness and substance abuse. Moss is getting huge buzz for the strenuous performance following high profile slots at both TIFF and SXSW.

Who Let the Dogs Out

Alberta-born director Brent Hodge is no stranger to niche documentaries, nor screening his work at CUFF — he created both A Brony Tale and Freaks and Geeks: The Documentary — but this may be his most unusual subject yet. The film follows Ben Sisto, whose life’s work has been using the endlessly catchy (dare we say, annoying) one-hit-wonder as a method to explain that all art is based on previous art, and is fair game for inspiration to create future art. It’s a trip, and easiest explained from the vantage of a theatre.

If you’ve never heard of the Found Footage Festival, you’re in for a serious treat. This outrageous show is hosted live by comedians Joe Pickett (The Onion) and Nick Prueher (The Colbert Report). The pair find the most bizarre, funny and frequently disturbing pieces of footage from thrift stores, garage sales and a massive collection of home movies bestowed on them by David Letterman. They’ll be showing the world premiere of the ninth edition of the show on Thursday, then presenting a collection called “After Dark,” compiling the most unnerving gems in their repertoire, on Friday.

Script Showcase:  Events Transpiring Before, During and After a High School Basketball Game

Take a look behind the lens with this live reading of a script by a local filmmaker. Ted Stenson’s debut feature is going to begin filming this summer, but for now you can hear a live read of the script, give your feedback and get some insight on how screenwriting and workshopping happen. Events… follows an ensemble of quirky characters who find themselves in unusual circumstances surrounding a high school basketball game. This is event is free but guests are asked to RSVP in advance.

CUFF programmer and Avenue Top 40 Under 40 class of 2012 Cameron Macgowan’s first feature-length film is a horror movie set in Aspen Woods. A divorced mother of two begins receiving letters telling her that her neighbours are going to kill her unless she kills them first. This sets off a chaotic chain reaction that brings to mind elements of both The Purge and The Twilight Zone.

The CUFF team goes to great lengths to source the many unusual cereals available buffet-style during this signature event. (Read more about how the get the cereal here.) Kids and kids at heart alike ravenously consume both the cereal and retro cartoons year after year. If you want an entry point to CUFF’s unique festival culture, start here.

The first works shown at CUFF by Alex Ross Perry (Her Smell) and Cameron Mcgowan (Red Letter Day) were shorts. So, you can expect to see some of tomorrow’s top filmmakers in their artistic infancy during the three screenings of shorts packages over the last two days of CUFF. Themes for this year are overcoming obstacles, seeking answers and reckoning with terror.