For more than a century, the Stampede has enticed visitors to the grounds with colourful posters that reflect the era.

For the first 40 or so years, text-heavy posters informed readers what could be seen and experienced at the Stampede. By the 1980s and ’90s, viewers learned what they could do at the Stampede through comprehensive collages of images, with few words. The earliest resemble old-fashioned sheet music. Mid-century posters remind us of boxing matches and sporting events. Later, they began looking like album covers and blockbuster movie ads.

For the past decade, Stampede posters have used a single image and minimal text to elicit an emotion from the viewer. It’s not so much about what the viewer can do at the Stampede as it is about discovering how they feel about the Stampede. 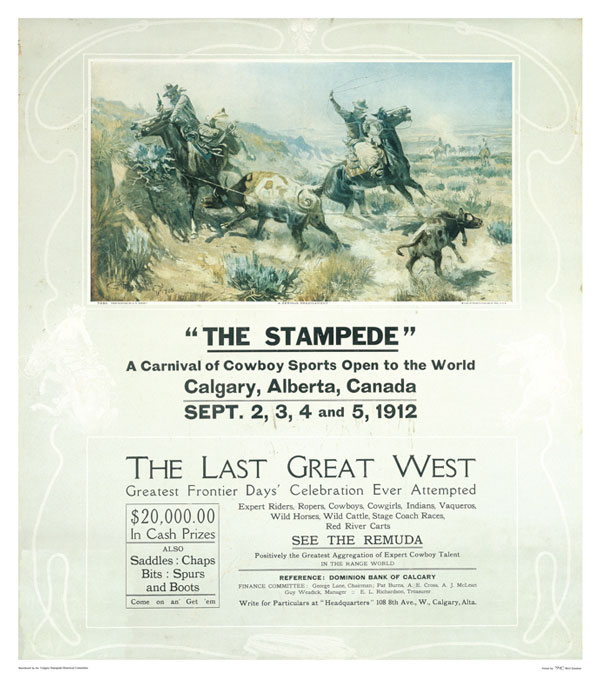 Providing the poster template and artwork for the remainder of the decade, Edward Borein’s sketch of a cowboy on a bucking bronc entitled I See U was planned vertically so the poster would fit on a telephone pole.

Along with a stunning colourized postcard of “King of the Cowboys” Herman Linder, the poster promises marvels such as a “Giant Television” and “Alpha, the Robot,” proving the Stampede has always been about more than just cowboys.

“You don’t see kids too often on our posters,” says Murray. “But these boys leaning over a fence at Indian Village offer a simple expression of the Stampede.” 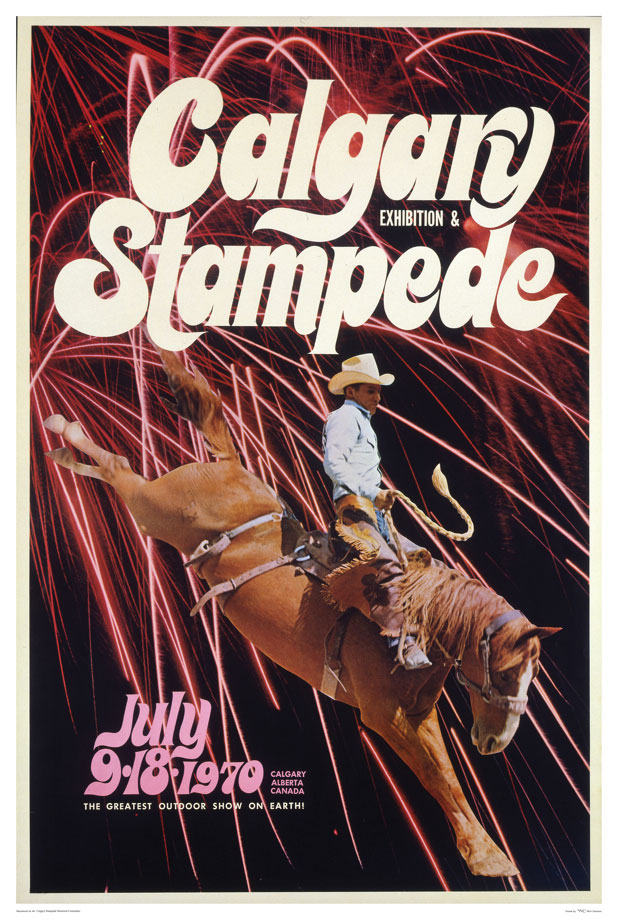 Reflecting the era, this poster’s designers used a groovy font and a psychedelic fireworks display behind a saddle bronc rider isolated from any background. 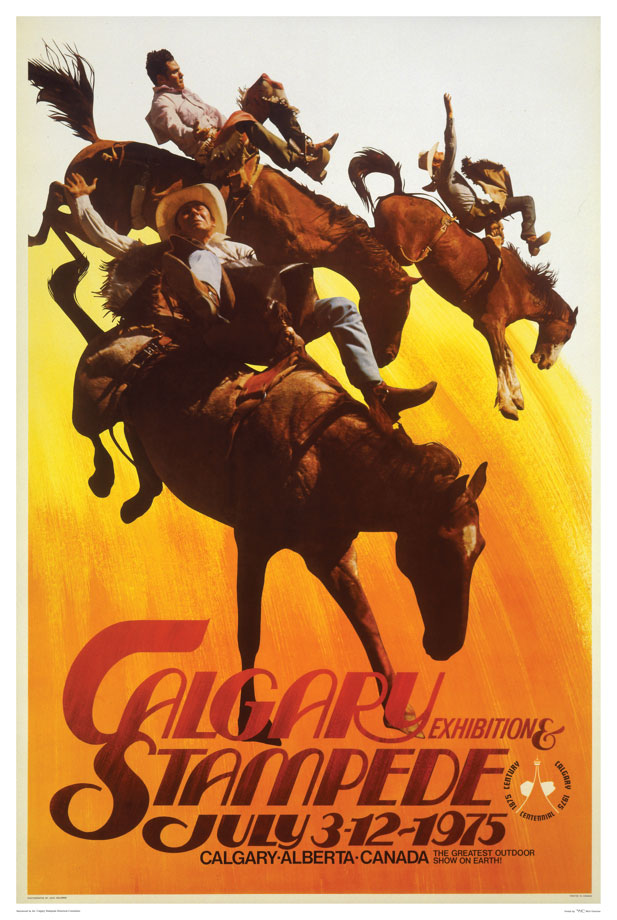 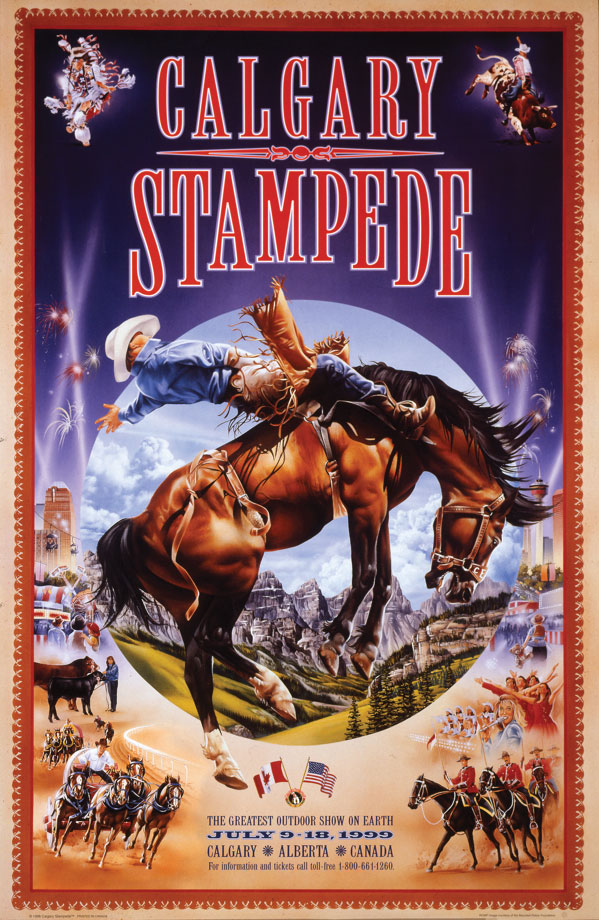 Whereas posters in the first half of the 20th century explained all of the events at the Stampede in words, posters from 1985 to 2005 used a collage of images, with this cowboy on a bucking horse with the Rockies in the background providing a classic example. 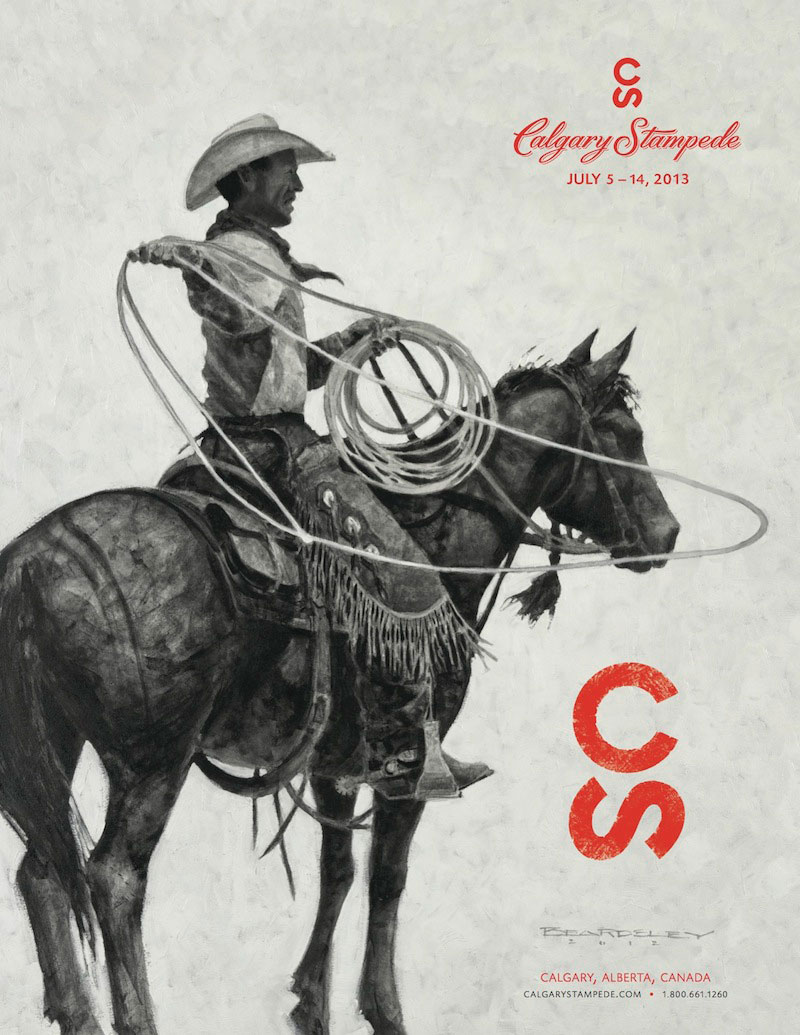 The single-image posters of 2004 to the present are meant to evoke a feeling about the Stampede. This beautiful monotone painting of a mounted cowboy by Duke Beardsley is a personal favourite. 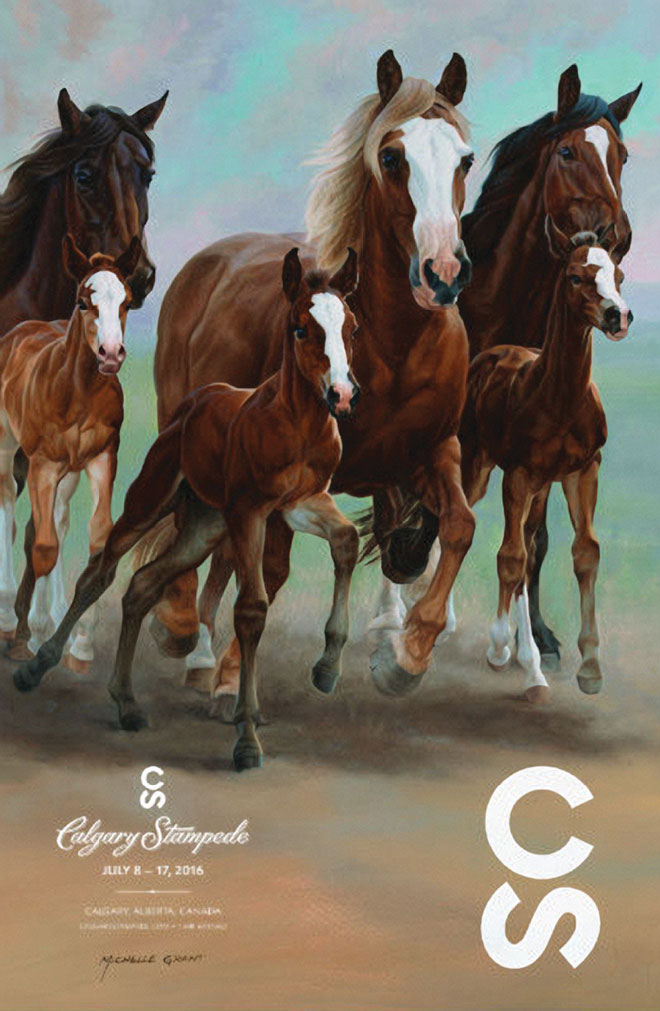 In 2007, the Stampede revived the tradition of commissioning renowned Western artists to produce artworks of lasting power and beauty representing the spirit of Stampede. This year’s work, Born to Buck by Michelle Grant, reminds the viewer that the Stampede is more than a 10-day rodeo – the Stampede Ranch in Hanna, Alta., where Grant studied the horses for her painting, functions year-round as an important international stock contractor.

Visit the Parade of Historical Posters on the second-floor walkway through the BMO Centre at Stampede Park.