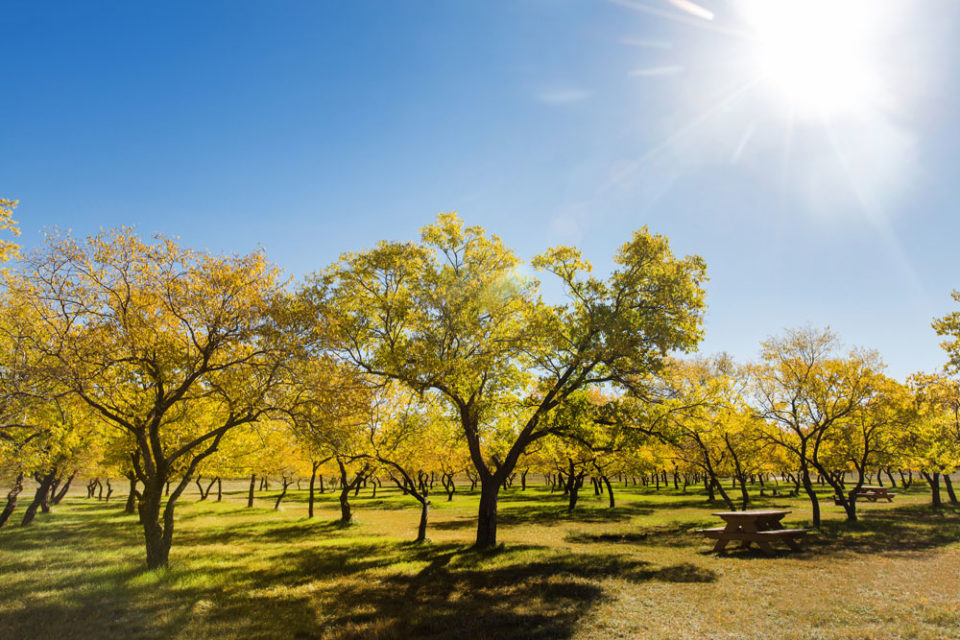 So, you’ve lost your taste for camping. That’s understandable. You’re done with crowded highways and campsites, the need for reservations – even in obscure locations – and rainstorms that sneak up on you from around corners and then turn to snow overnight.

With all due respect, maybe you’re doing it wrong. Here’s a trick: Turn that overstuffed sport ute of yours 180 degrees, and all of your problems will vanish. You need to do what Calgarians too often forget, and that’s to head east and discover the sublime joy of camping beyond the mountains.

Take Kinbrook Island Provincial Park on Lake Newell, near Brooks. It’s reliably sunny and hot, the water has a long season of swim-ability and you get to share it with huge, extremely cool white pelicans – although these expert fish-gobblers winter in Florida, the fact they choose to spend summer on the Canadian prairies tells you all you need to know.

What many novices also don’t realize is how much variety can be found on the so-called flatlands. For a pure prairie experience, try Little Fish Lake Provincial Park in the Hand Hills, a still-wild upland south of Hanna where a lawn chair is your most important piece of recreational equipment. Activities include smelling the sage breeze, watching hawks do their hunting and marvelling at the antelope, North America’s fastest land mammal. If you’re lucky, you’ll see them wriggling under fences as they go about their business – swift as they are, they can’t jump them. Meanwhile, at Cypress Hills, you’ll discover a full-on mountain vibe on the Alberta-Saskatchewan border. The provincial campsite on the Saskatchewan side sits at the same elevation as Banff, with similar surroundings of lodgepole pine. The main difference is only at Cypress are you likely to have a moose wander through your camp. Mountain bikes are definitely at home here.

In fact, for a province with a bad rap, topography-wise, Saskatchewan abounds with highly explorable ecosystems, from desert sand dunes in the south to the endless northern forests of the Canadian Shield. If you’re really clever, you’ll make that trek north of La Ronge with rods and reels and get re-accustomed to a fishery that is unapologetically catch-and-fry.

If it’s a camp-and-golf getaway you’re after, prairie courses have much to offer, beginning with the low cost. Since there are small-town nines everywhere you go, suddenly you can actually afford to teach the kids. Or maybe you want to go high-end. Say, a round in a national park, on an iconic Stanley Thompson-designed course? In Banff, that’ll cost you around two hundred bucks. In Waskesiu (the Banff of Prince Albert National Park), it’s $60.

There’s one more thing about the prairie camping experience: it rarely gets crowded, and, even if your first choice is full up, you can count on every single hamlet to have a Lion’s Club campsite or its equivalent right in the centre of town. That’s where you’ll finally realize that a s’more is a s’more is a s’more.