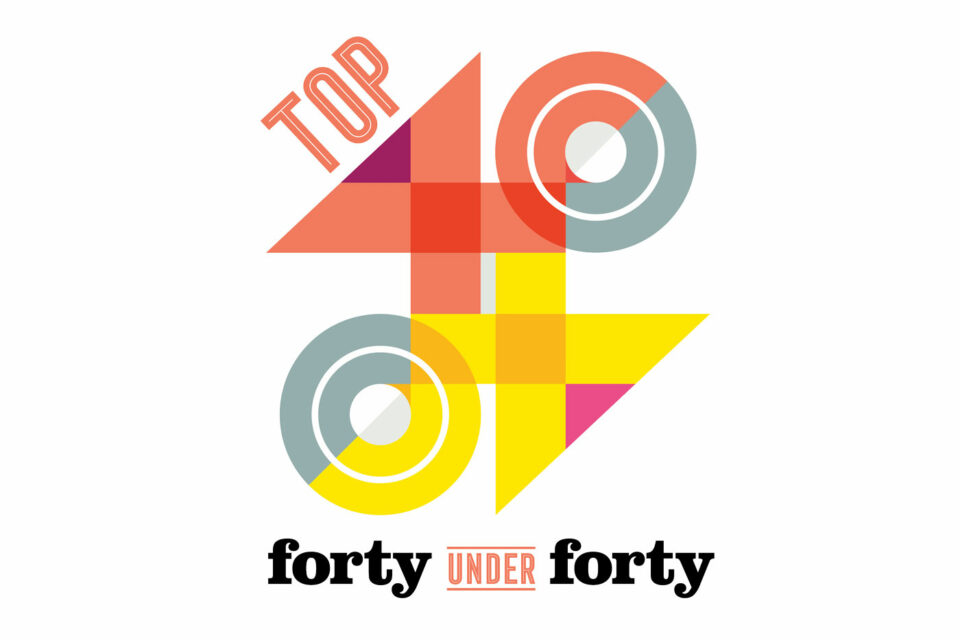 Avenue’s Editor in Chief has two decades of experience working in magazines and 12 years of experience working on Top 40 Under 40 projects. Prior to Avenue, she held editorial roles at the Calgary Herald’s Swerve magazine and at Pique Newsmagazine in Whistler, B.C. She has won numerous awards from the Alberta Magazine Publishers Association and the International Regional Media Association for her work as an editor, and a National Magazine Award for her writing.

Charles Buchanan is the founder of Technology Helps, a social enterprise focused on solving technology poverty. He spent nearly three decades in corporate technology leadership, management consulting and entrepreneurship with senior roles at Suncor Energy, Deloitte, Oracle, MNP, and Royal LePage, and has started and worked with numerous technology companies in areas that span online games, to fintech and environment protection. He is a founding board member of the Calgary Black Chambers; a member of the GAIN Team at United Way of Calgary and Area; grant committee at Calgary Foundation; entrepreneur mentor at Venture Mentoring Service of Alberta; and founder and advisory board member of UpRising Academy, helping at-risk youth in Jamaica in STEM and sports. He holds an MBA from Queen’s University and a B.Sc. (Hons.) in electrical and computer engineering.

Patti Dibski (Top 40 Under 40 Class of 2009) is the owner of Calgary art gallery Gibson Fine Art. She holds an MBA from the University of Calgary and has more than 17 years of experience in the art and design industries. Dibski served for six years on the board of Calgary Arts Development, is the current Vice-Chair of the Alberta University of the Arts Board of Governors and is on various local arts and culture committees.

Dr. Monty Ghosh (Top 40 Under 40 Class of 2021) is an internist, disaster medicine and addiction specialist, who works with multiple community-based not-for-profit organizations to provide support for marginalized populations. Dr. Ghosh has addiction certification through the International Society of Addiction Medicine and a Master’s of Public Health from Harvard University. He is an assistant professor at the University of Alberta and the University of Calgary, is heavily involved with provincial policy building in Alberta, and is the nominated principal recipient of grants from Health Canada, Alberta Innovates, Alberta Health and the Canadian Institute of Health Research. He is also a member of the University of Alberta’s Neuroscience and Mental Health Institute, and the University of Calgary’s Hotchkiss Brain Institute and the O’Brien Institute of Public Health.

Hyder Hassan (Top 40 Under 40 Class of 2018) is CEO of Immigrant Services Calgary and before that spent more than 10 years in the financial industry. He has 15 years of experience serving in civil society, the private sector, finance and government sectors as a transformational and visionary leader. Hassan co-founded FullSoul.ca, a not-for-profit that provides Ugandan health facilities with medical supplies for safer childbirth. He holds a Master’s in Innovation and Entrepreneurship from HEC Montréal, a B.A. in management studies from the University of Waterloo and maintains several financial designations. In 2019, he was named one of the Calgary Herald’s Compelling Calgarians, and was awarded the Immigrants of Distinction Award (Under 35).

Wellington Holbrook is the former CEO of connectFirst Credit Union. He holds an MBA from the University of Oxford and a B.Comm. (Hons.) from the University of Manitoba. Prior to connectFirst, Holbrook spent 15 years with BDC Business Development Bank of Canada, and just under a decade with ATB Financial. He has served as a board member of the Calgary Chamber of Commerce and as Chair of the Calgary Convention Centre Authority.

Joe Lougheed (Top 40 Under 40 Class of 2002) is a corporate lawyer at the global law firm Dentons Canada LLP. An active community volunteer, Lougheed is currently board chair at Calgary Economic Development and also serves as the Honorary Consul to Sweden in Southern Alberta.