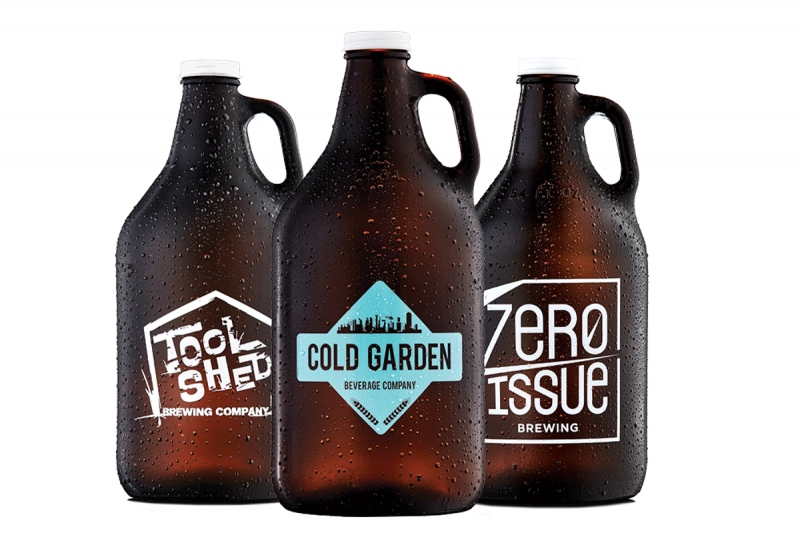 Despite having the world’s best barley, clean Rocky Mountain water and a populace thirsty for beer, Alberta has been late to the craft-beer party. During his year and a half as executive director of the Alberta Small Brewers Association (ASBA), Terry Rock was determined to make Alberta a place where everyone’s beer is a local beer and people come from all over to try it.

The first Alberta Beer Awards were a spectacle to match Rock’s grand vision. Co-presented by Avenue, the awards took place at the Palace Theatre in March and had the feel of a celebrity gala, complete with a red carpet and glitzy production. “We turned it into a real celebration; let’s treat our brewers like rock stars,” said Rock, who left the ASBA shortly after the awards to work as president and CEO of Calgary Technologies Inc.

The event would have been inconceivable a few years ago, when the province’s regulatory regime made it next to impossible to start a small brewery. Per-capita beer consumption in Alberta has been among the highest in the country, but most of that beer was (and still is) produced by multinational giants or craft brewers based elsewhere, and the number of Alberta craft breweries hovered in the low double digits.

That started to change in 2013 when the provincial government abolished minimum-production quotas, clearing the way for people to start small breweries. As of this past April, Alberta was home to 81 licensed breweries – a number that has undoubtedly grown since.

“It’s weird and interesting to think you’re among the old guys when your product has been out for five years,” said Jeff Orr of Tool Shed Brewing Company, one of the first breweries licensed after the rule changes. Tool Shed is one point of northeast Calgary’s “Brewmuda Triangle,” a trio of breweries within walking distance of each other. In southeast Calgary, five breweries have banded together under the “Barley Belt” banner to promote each other. The total number of breweries in Calgary is closing in on 30.

A few days after the awards, Orr was in Billings, Montana, a favourite destination he once looked upon enviously because of its established beer culture. “You walk down the street and there are seven breweries within walking distance. I used to think, ‘Why can’t we have that here?'” said Orr. “I’d say we’re there now.”
Jason Foster and Owen Kirkaldy, two certified beer judges (masters-level), had a similar thought last year while going through entries at a regional beer competition. “We both said to each other, simultaneously, ‘You know, Alberta might be ready. There might be enough breweries,’ And Alberta beers were holding their own,” said Foster, who is  also one of Alberta’s best-known beer writers.

The pair pitched their idea to Rock, who liked it not just as a vehicle to promote the industry, but as an opportunity to give brewers the tools to improve. In addition to choosing winners, the Alberta Beer Award judges provided written feedback to entrants.

The Alberta Beer Awards format emphasized expertise and credibility, but didn’t adhere to strict style guidelines. More than 300 entries were evaluated through blind tasting by a group that included certified judges, professional brewers and award-winning homebrewers, brewery sales reps, growers and restaurateurs. The beer was arranged in flights and judged by category, with judges scoring on flavour, aroma and overall impression. The top three beers from each flight went on to another panel of best of show judges, who placed them first, second and third in the categories. All of the first-place finishers in each category went on to be judged in the best of show category.

“Appeal to the palate,” Kirkaldy instructed judges. “Ask yourself: would I seek out this beer and pay my own damn money for this beer?”

At the end of three days, the judges had picked 69 medallists in 23 categories. The winners represented a cross-section of the industry: urban and rural, first-year breweries and industry pioneers.

One of the pleasant surprises for Kirkaldy, the head judge, was how many breweries placed. The awards weren’t dominated by a few big breweries – of the 57 breweries that had entered, 33 won awards. “That’s a deep field,” said Kirkaldy.

Calgary breweries were well represented among the winners. Tool Shed picked up three plaques: a gold for its Belgian Dip strong ale, silver for Red Rage and bronze for Flat Cap Stout. Cold Garden won four medals, including a gold for its IPA; Zero Issue took home three medals and Annex Ale Project, Banded Peak Brewing and Wild Rose each won a pair. A handful of other Calgary breweries – Brewsters, Trolley 5 and Minhas Micro Brewery– each took one medal.

Big Rock, the granddaddy of Alberta craft, won three medals with Belgian-style beers -an apricot-flavoured grisette (a traditional low-alcohol table beer) and a sour Flemish red ale aged in oak barrels that took the gold for sour beer and the bronze in the Best of Show competition.

“If you don’t innovate, you don’t grow and you don’t learn. Consumers are a lot more educated and these beers keep us relevant and on their minds,” said Big Rock brewmaster Paul Gautreau.

For breweries to stay relevant – and stay in business as the market gets more crowded and consumers become more sophisticated – offering something different will become critical. Time will tell how the industry will meet those kinds of challenges, but Rock believes continued growth, a focus on quality and a brand built on its strong connection to the land will make Alberta a craft beer region to be reckoned with. “We can emerge as a bucket-list destination in the world,” he said. “We got a late start. We have a lot of work to do, but I think all the pieces are in place.”

The Growth of Hyper-Local Maltsters in Alberta