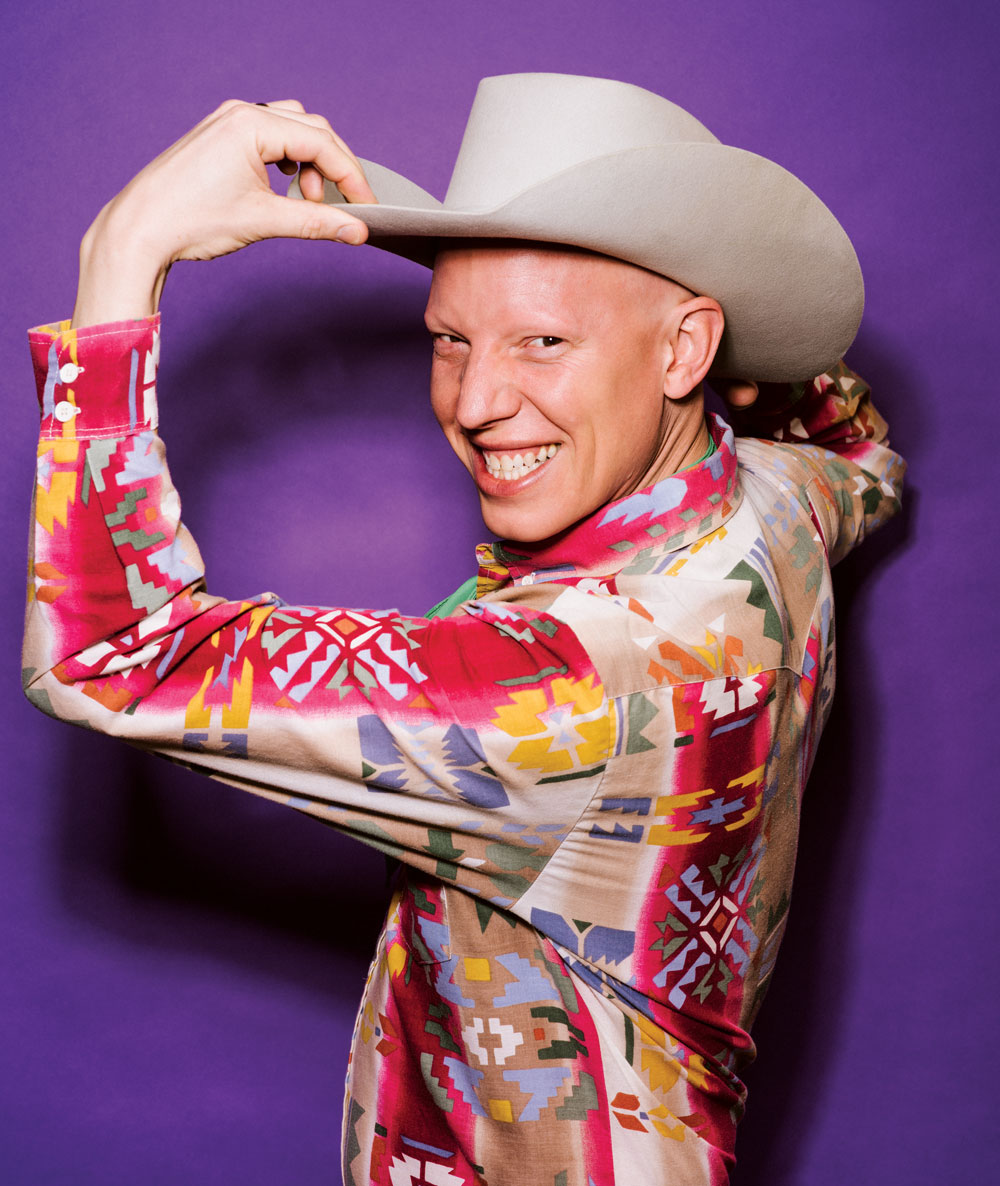 Come Stampede time, local cowboy-hatted country singer Matt Masters is an entertainment staple at community and corporate events, with near two decades of performing under his silver-buckled belt. Here, he talks about his most memorable shows and gives his top pick for what to do on the grounds.

Stampede is usually a busy time for entertainers such as yourself. How’s it going this year?

“It’s been up and down this year. It’s a notably different year for me.”

“Well, a lot of my long-term, steady events that I’ve done for a lot of years just got cancelled outright. Some in the public sector, some in the private sector just didn’t happen this year. Other community-based gigs have stepped up to fill in the gap, though. The busiest Stampede I ever had, in 2012, I played 30 shows. This year, I’m doing 10. That’s just a gig a day. For me that’s not a lot.”

A gig a day still seems like a lot!

“But it’s one breakfast or one afternoon. A few days this year we did double duty – the first Saturday I had three gigs, which was normal – but the final weekend I’ve got one gig. The Friday-Saturday-Sunday to close out Stampede, I’m pretty much spending with my family. That’s a different thing for me. Not a bad thing! But it’s definitely different this year than it was the past couple of years.”

What was the first Stampede you ever played?

Out of all the Stampede shows you’ve played, are there any that are particularly memorable?

“Well for sure one stands out. It was a Stampede breakfast put on by the University of Calgary’s campus in Doha, Qatar. It was in 2010, in February, so it wasn’t actually Stampede time, but I flew with my band to Qatar and did a Stampede breakfast in the middle of the desert for 600 Qatari nurses who were mostly wearing traditional Arab dress and cowboy hats.”

That is so surreal.

“It was super surreal. I rode a camel at that gig. So that was definitely one that stands out. It seriously was a Stampede breakfast but there was obviously no beer or bacon or sausages. But that one was pretty unique. There’s no doubt about that.”

What about your most memorable local Stampede gigs?

“It’s tough to say. There have been a lot that were just wonderful nights of music.”

Do they all start to blur together?

“Totally they do. If you think about it, for 16 years, playing anywhere from 10 to 30 shows, that’s a lot of shows. Now, no doubt about it, the show I did at Stampede 2012 [Tails: Three Horses. One Legend.] was a standout show. We played 30 shows in 10 days in front of a total audience of 150,000 people [5,000 for each performance] at the Corral. It was an original piece of Canadian theatre, performed by an almost entirely Canadian cast, and that, by my standard, I think makes it the most successful first run of a play ever in Canadian history. There were four songs in the show and then a variety of set musical pieces and First Nations drumming pieces. Over 45 actors and over 50 animals. I got to sing a song from horseback! Who gets to do that ever anymore? Roy Rogers got to sing on horseback. But who’s done that since? And I got to do that! So that was a really special moment. Also, the fact that it was the Stampede’s centennial year was a big deal for me. Me and Tom Jackson were the two narrators of the show and I got to sing the closing number. So, riding a horse in front of 5,000 clapping, screaming Calgarians and cowboy-crazy visitors? That felt pretty good!”

When it comes to the everyday Stampede gigs, what is the one song that always kills?

“Well, we always play the Wilf Carter song, “Calgary Roundup,” because the lyrics are: “We’re heading to the Calgary Stampede.” It’s not widely known, but I think it totally fits the bill as far as what Alberta music sounds like. That, to me, is the musical answer people are looking for, because you know that dance when you bend one knee and kind of flap your arms like a chicken? That hokey country dance? That song makes everybody do that. So I think that might be my quintessential Stampede song.”

What is the one thing you would recommend people do at the Stampede?

“Not everybody can get backstage to the barns, but everyone can get into the agricultural complex (Agrium) with the cowboys and the cowgirls and the people who have travelled to display their animals. Spending time with the people there is really the best part of Stampede.”