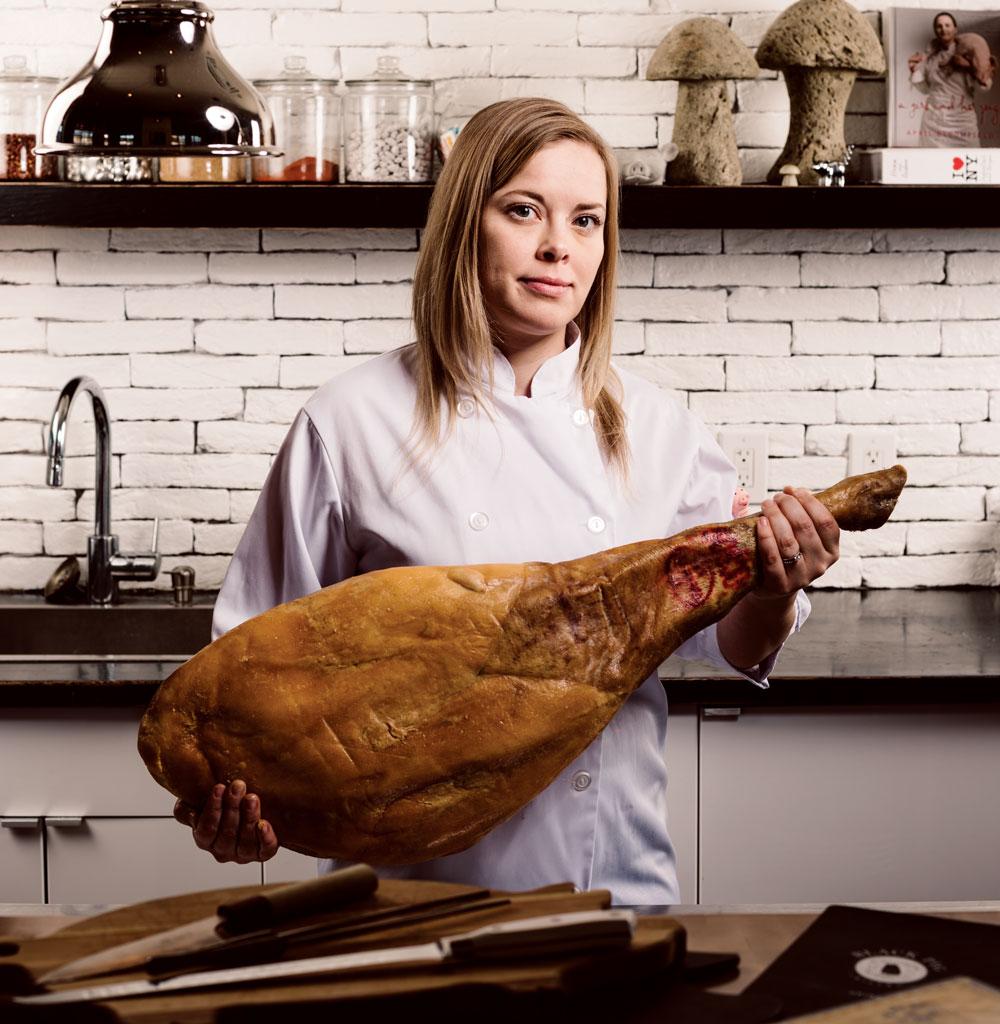 Chef Alison MacNeil has worked in many kitchens since she started her culinary training at SAIT Polytechnic 15 years ago, but, through it all, she knew she wanted a restaurant of her own.

That dream was realized last year when MacNeil, along with her partners, Denise and Larry Scammell, opened Black Pig Bistro, an inviting Spanish-inspired restaurant in Bridgeland that quickly became one of the city’s most buzzed-about new restaurants. Before opening the Black Pig, MacNeil worked at restaurants including Wildwood, Teatro, Cucina and those owned by the Canadian Rocky Mountain Resorts group, all of which helped her develop the chops she needed to branch out on her own.

“I wanted to have my own business and be the boss, and I knew, before I did that, that I had to become really, really good at what I do,” MacNeil says.

Black Pig’s Spanish theme came about when the restaurant’s location became available after MacNeil and her now-husband (and now also her co-worker at the Black Pig), former Teatro chef John Michael MacNeil, spent a month travelling in Spain. It was her second time in the country and, while staying with a Spanish family, she couldn’t get over the deliciousness of their home-cooked meals.

The Black Pig reflects those memories (hand-cut Iberico ham plays a big role on the menu), as well as MacNeil’s French and Italian influences. She feels the food and the restaurant’s decor are a huge reflection of herself and her business partners – the artwork in the Black Pig was all created by either her own or Denise Scammell’s mother.

MacNeil expects the Black Pig to evolve, and she may even change the concept completely one day, but she does know one thing: she does not want to give up being the boss.

“My grandparents had their own business for more then 40 years together, and I believe that’s where I get the feeling of wanting a family business and not working for other people,” MacNeil says. “I don’t think I could go back; I will always be in business for myself.”

Way to relax: Hanging out with my husband and our two pugs, Parker and Doug

Local restaurant that is not your own: Anju