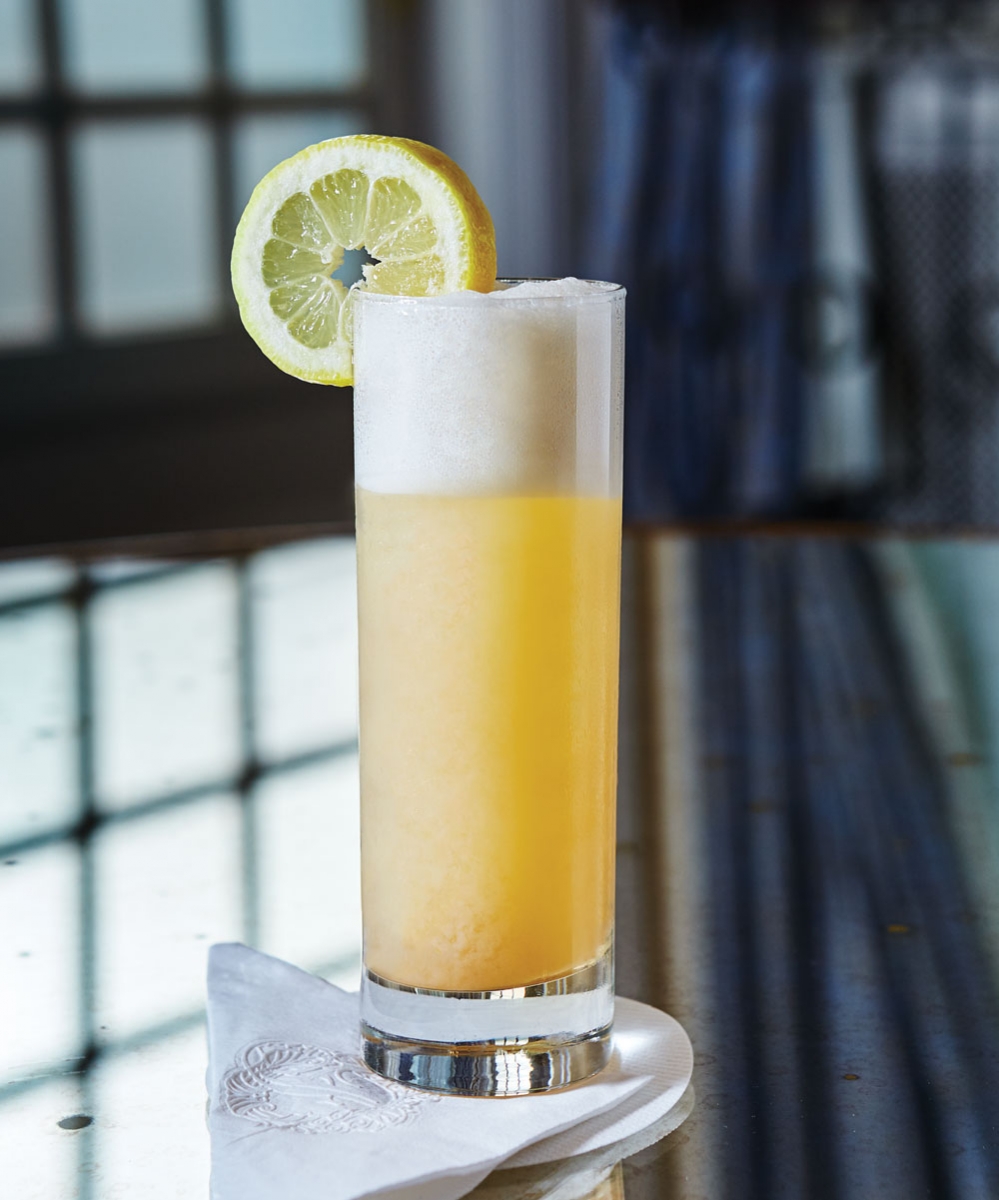 Its likeness is emblazoned upon old Alberta licence plates, it’s the name of a popular cleanse and it grows wild around most of the province, earning it the status of Alberta’s official flower. Now, as people spread jam made from its rosehips on their toast, and pour rosehip syrup into their cocktails, the wild rose is having a culinary moment.

Wild Rose Lemonade has been on the menu at the Rundle Lounge at the Fairmont Banff Springs for three years and it’s still as popular as ever, says head bartender Joe Ruhland. I’m not surprised. It’s light, refreshing and tangy, and just sweet enough to be dangerously drinkable – as all hard lemonades should be – which won’t be an issue if you’re lucky enough to be staying overnight at the iconic hotel.

I love how the subtle, jammy taste of the rosehip syrup enhances the floral notes of the Plymouth Gin, which was chosen by Ruhland for its botanicals, including wild orange and cardamom. It’s the sort of drink you order after a hike or a round of golf to celebrate the day’s accomplishments and bask in the beauty of your surroundings.

Ruhland invented this signature sip after he was tasked with creating a cocktail made with local ingredients. In Banff, the only native edibles he could think of were rhubarb (which he dislikes), horseradish (which is already featured in the Caesar) and wild roses. “I decided to go with rosehips,” says Ruhland. “It’s an antioxidant, so it’s good for you.”

He purchased said rosehips, made a syrup by boiling them with water and sugar, played around with some recipes, and this delish gin lemonade with an Alberta twist found its place onto Rundle’s cocktail list.

When the sun sinks behind the mountains and Banff’s evening chill forces a retreat from the patio to one of the lounge’s cozy indoor nooks, ensconce yourself, Gatsby-style, in a cushy high-back chair, or ascend to the balcony to get a bird’s-eye view of the bar’s piano and ornate carpeting, and switch gears to something dark and horsey: Ruhland’s Black Horse cocktail shakes lemon juice, mint, blackberries and peach bitters with Alberta Premium Dark Horse rye whisky.

Or try the Okanagan Harvest, where tequila, St-Germain, lime juice, mint and peach pure comingle in a delectable mashup. These are but two of 10 new drinks that combine house-made syrups and seasonal herbs and berries with spirits and liqueurs, in unique and playful ways.

Will one of these new summer sips have the staying power of Wild Rose Lemonade? You’d better book a room at the Banff Springs to find out. Or, if you can’t make it to the mountains, pop over to the Fairmont Palliser in downtown Calgary and have the bartender there recreate the drink for you.

How to make the Wild Rose Lemonade

Fill a tall glass with ice and set aside. Into a cocktail shaker add:

1 oz. rosehip syrup (made the same way as cranberry sauce, but with rosehips)

Ice. Shake, and then strain into the tall glass.

Garnish with a lemon wheel.