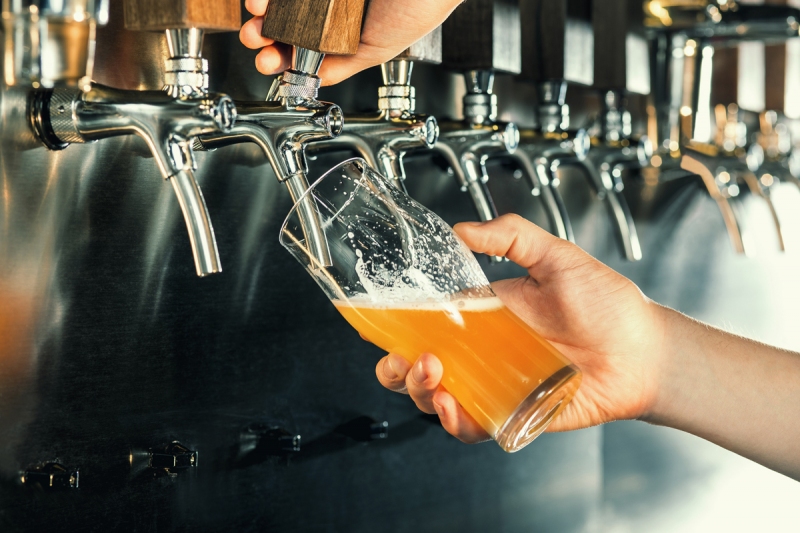 By now, it should come as no surprise to hear that Calgary’s craft brewery scene is growing rapidly. In the last few months alone, several breweries like Good Mood Brewery, Born Colorado Brewing, Red Bison Brewery and The Dandy Brewing Company have all opened. But there’s still plenty more to come, including eight local breweries that are set to open in Calgary this summer.

The name of this new brewery pays tribute to the year 1988, which was a big year for Calgary (things like the 1988 Winter Olympics took place here that year, for example). McKinley Burkart is designing the brewery, which will feature an upper and lower level taproom with 18 taps each. Both taprooms will have their own distinctive vibe, so you can pick which one you’re in the mood to sit in while sipping on a Belgian beer or one of the brewery’s latest experiments. While ’88 Brewing Company will have its own kitchen, you’ll want to stop by on a Friday or Saturday night to try some New York-inspired pizza from Noble Pie’s pop-up kitchen. It’s aiming for a late July or early August opening.

One of the things that sets this new brewery and cidery apart is its theme. Focused around general military history, Elite strives to raise awareness by naming drinks after historical happenings and working with Calgary’s military museum to have a local artist create a mural for the 145-seat taproom. Part of Elite’s revenue will also be given to Veterans Affairs. In addition to beer, cider, a bourbon and whisky menu and other drinks, patrons can snack on pizza, sandwiches, salads, charcuterie boards and more. Elite is aiming for a June opening in Crescent Heights and plans to open a dog-friendly patio later.

If you’re curious about what this brewery’s name refers to, just think about all the places the number seven pops up in our lives. The seven deadly sins and saintly virtues, seven seas and the seven days of the week are just a few of the references you might come across, and Legend 7 Brewing Company is exploring that. Legend 7’s brewery is already up and running, offering its beer at local restaurants and retailers. But its 92-seat taproom will be opening later this summer. It’ll be a modern, kid-friendly space with menu full of pub-style food.

This summer, the Marda Loop area will finally have its own brewery. Marda Loop Brewing Co. is aiming to open in late July and it will have a little something for everyone. You can sip beers in the 48-seat taproom, which will have a vintage, early 1900s-inspired vibe courtesy of Make Design Lab. There will also be a patio eventually. If you’re hungry, there will be a French fry bar with accompaniments like local sauces for dipping.The brewery will also have a charitable initiative: when guests spend a certain amount, they can plop a charity coin into one of three mailboxes that are designated to different charities. Marda Loop Brewing Co. will give a certain amount of money to those charities for every coin in the mailboxes. And finally, if you’re just looking to grab some beer for home, there will also be a growler bar.

You can already get your hands on beer from this local microbrewery at local restaurants and retail stores. But this summer, you’ll also be able to try it at its new taproom. Ol’ Beautiful Brewing Co. will be taking over Smithbilt Hats’ former space in Inglewood.

This summer, you can sip on a hazy IPA, a pilsner or a hazy pale ale at this new sports-themed brewery in southeast Calgary. There will also be ballpark-style hot dogs to snack on in the 30-seat tasting room. O.T. Brewing Company is aiming to open around Canada Day.

This new 12,000-square-foot brew pub just opened its doors last week. Prairie Dog has an onsite microbrewery and will be debuting its own brews in about a month and a half. For now, guests can try beers from other Alberta breweries as well as wine, cocktails, kombucha and craft soda. Prairie Dog has a giant red smoker known as Clifford, which is where they make their Texas-style barbecued meats like chicken, pulled pork and brisket. The menu also features dishes like poutine, soft pretzel bites, sandwiches, burgers, mac and cheese and more. The family-friendly brew pub also has a small kids menu.

This new spot combines three things we love: retro arcade games, pinball and beer. It claims to be “Canada’s first craft brewery arcade” and plans to open in Inglewood this month.