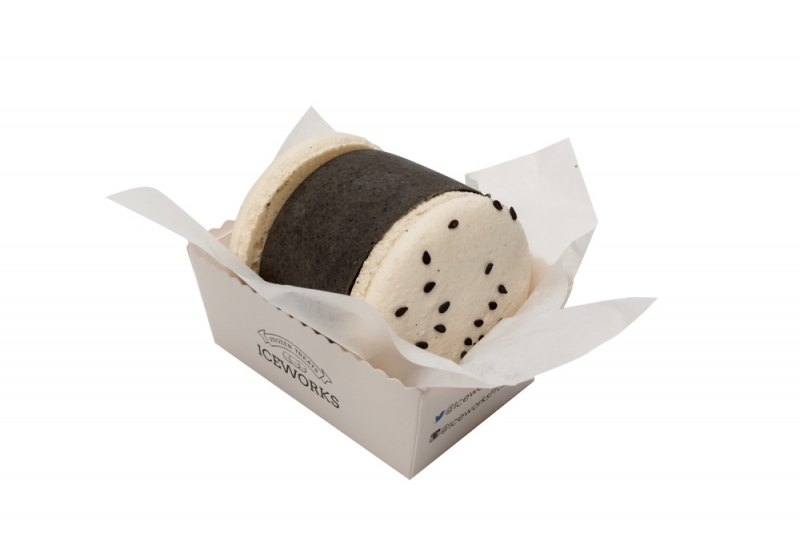 After a trip to Hong Kong, Tania and Edmund Lam saw that Calgary was missing out on a popular food trend. “In Hong Kong, there are so many little shops that specialize in one item,” says Tania Lam. “That’s all they do and they do it very well.”

The couple did some research and decided to bring just one of those Hong Kong food trends to Calgary. They launched Iceworks Frozen Treats and make their own macaron ice cream sandwiches. (That’s right – homemade ice cream fills a homemade macaron.)

The frozen treats are available in 10 flavours and most of the flavours are influenced by the owners’ Asian heritage. Expect flavours like coconut pandan (the most popular flavour), black sesame and mango. A select few flavours can be purchased from Vintage Caffeine Co. or you can place an order (minimum six) online. According to Tania Lam, Iceworks Frozen Treats has some additional flavour ideas it’s hoping to release at its pop-ups at Mango Mania.