At Re:Grub, you can order a milkshake that is several desserts all in one. The creative shakes here change often, but these are the new milkshakes on the menu this month. 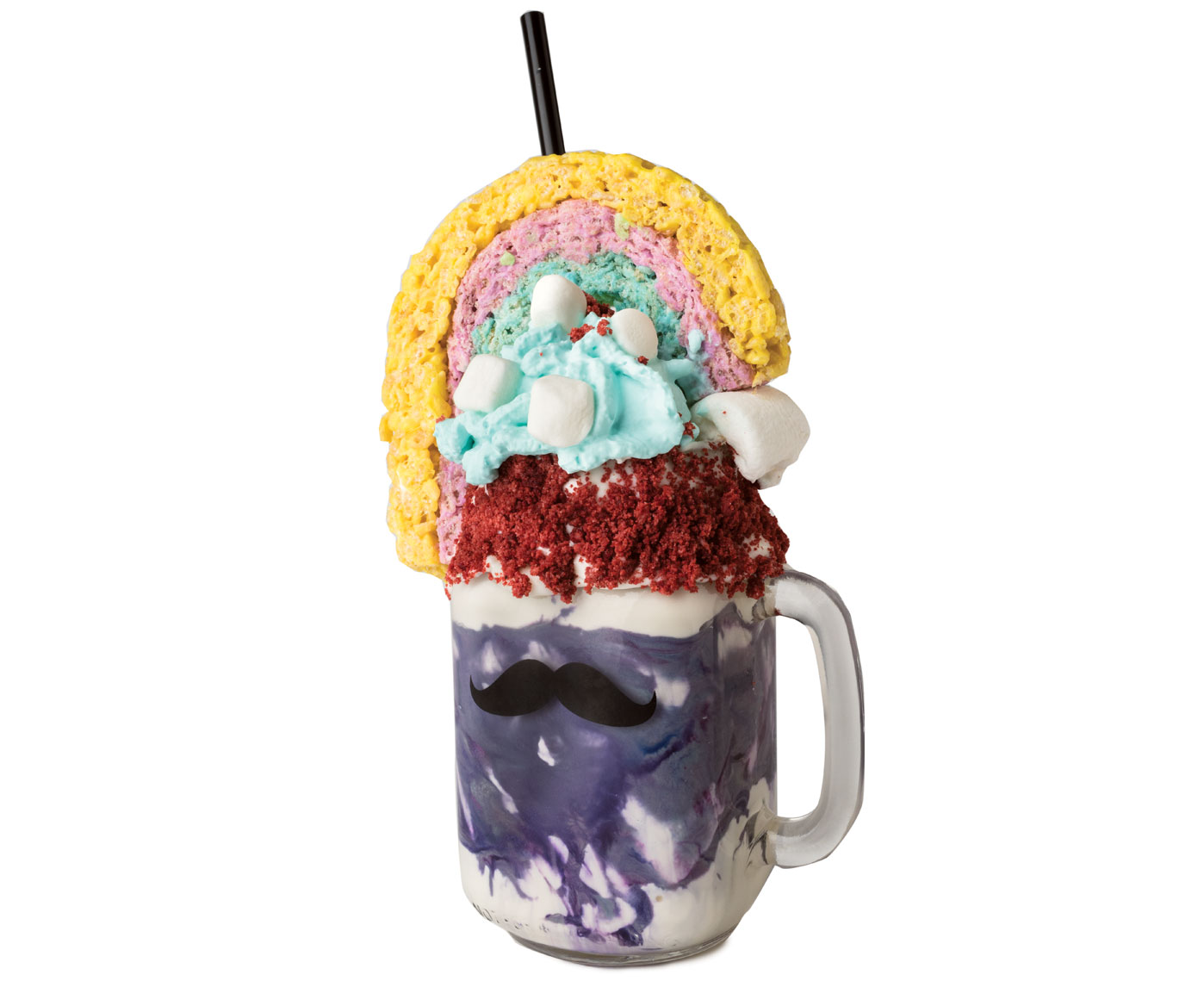 For a really colourful dessert, choose the Alegria. It’s a red velvet milkshake with red velvet crumbs around the rim of the glass. Then there’s blue whipped cream on top of that and a made-in-house, super-colourful rice krispie rainbow treat on top of that to finish it all off. 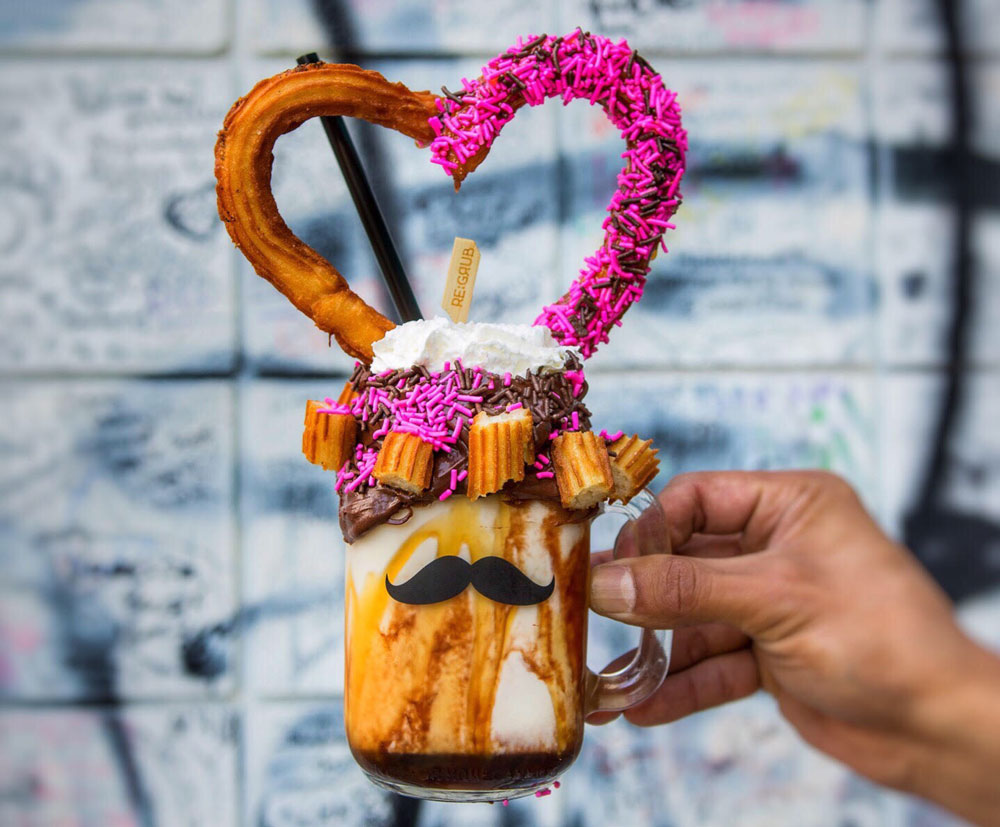 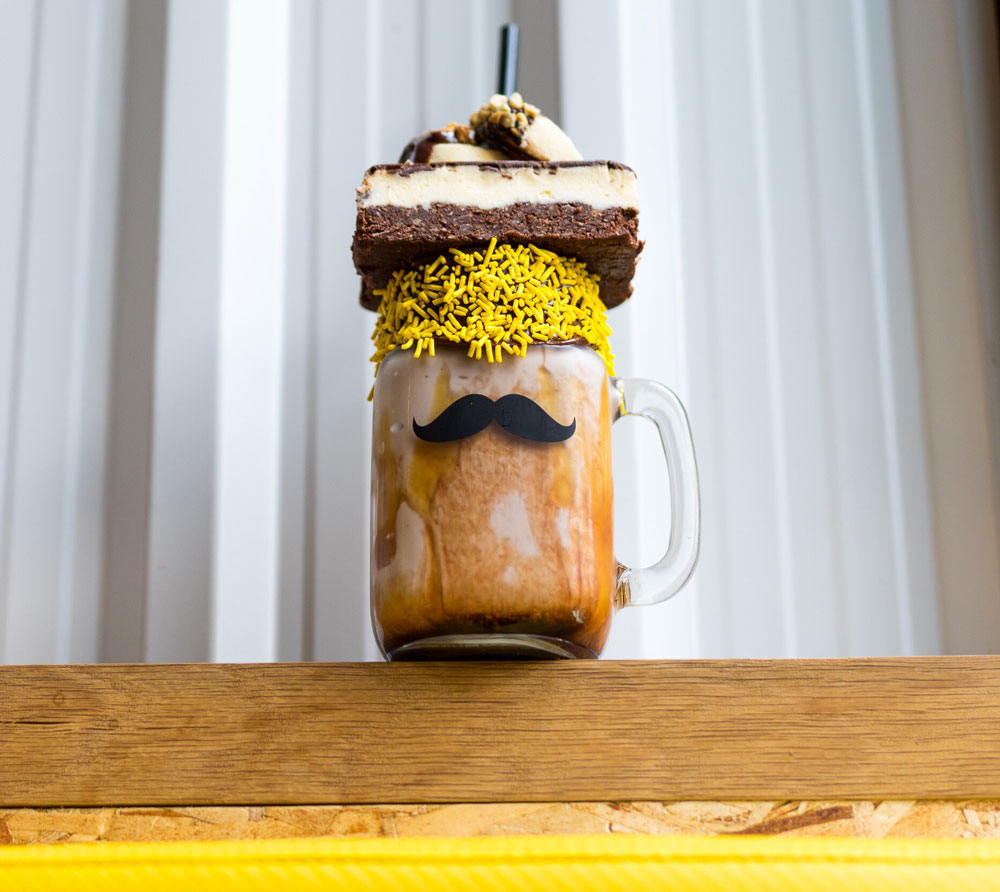 This vanilla milkshake has a Nanaimo bar sitting on top of it. The rim of the glass is covered in melted chocolate and then dipped in yellow sprinkles. 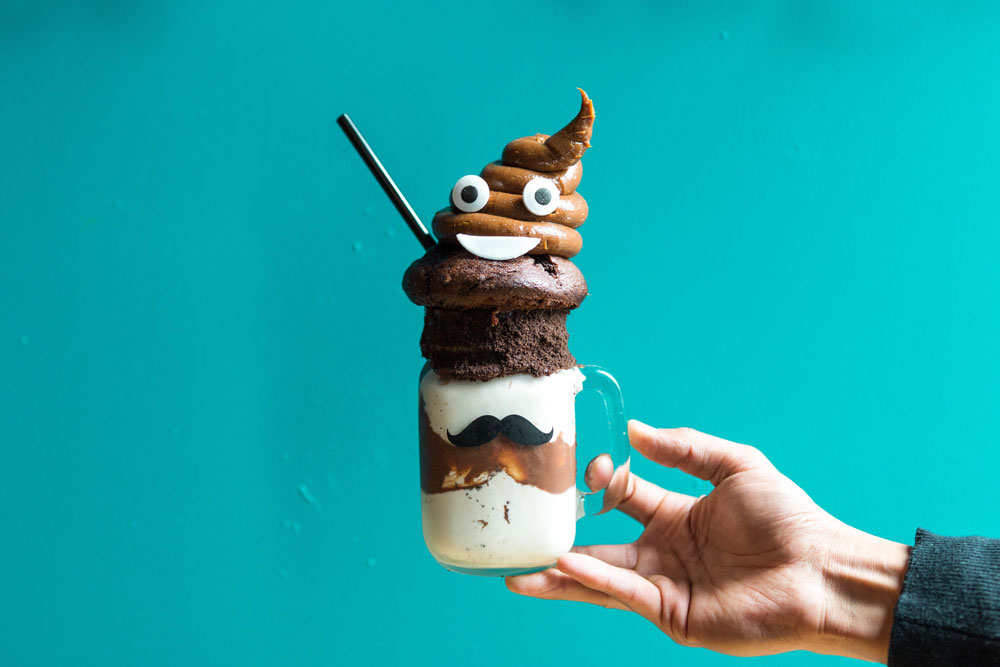 This vanilla milkshake has a double chocolate muffin on top. Then on top of that is a dulce de leche swirl that looks a lot like that popular emoji. And, the rim of the glass is covered in melted chocolate. 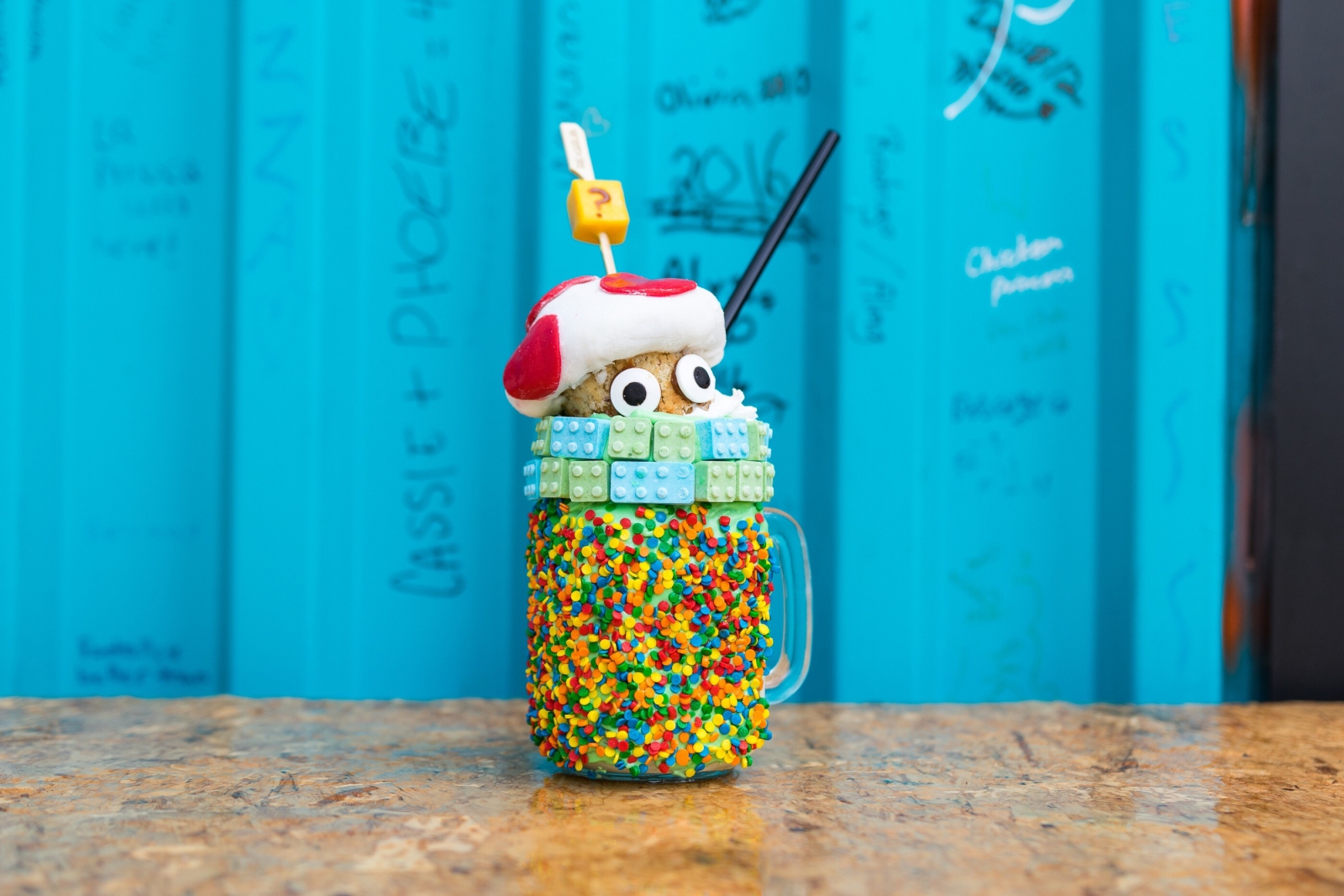 If you’re into Super Mario Brothers, this milkshake will delight you on all kinds of levels. It’s a vanilla milkshake topped with a lemon poppy seed muffin made to look like a Super Mushroom. (They use fondant to give the muffin that cute, Super Mario Brothers look.) The milkshake glass is covered in confetti sprinkles and candy bricks.