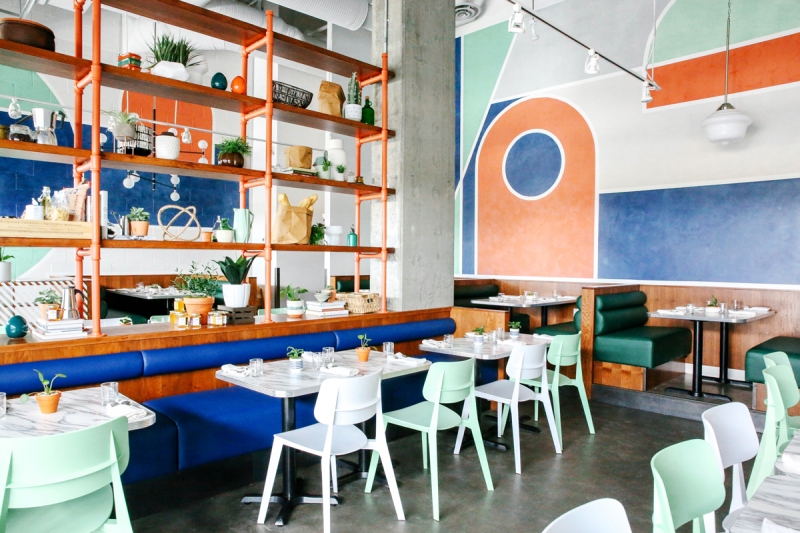 Beer, pizza, ramen, waffles – there’s a new restaurant for whatever you’re in the mood to eat this month. Here’s what you need to know about the latest food-related openings, news and events in Calgary.

Beer Revolution already has one location in the Beltline, and last month, it opened a second one in McKenzie Towne. Specializing in craft beer and pizza, this casual restaurant and bar offers 24 rotating taps featuring beer largely from Alberta, B.C. and Ontario. Depending on that day’s selection, you may be able to get a pint from Calgary breweries like Annex Alex Project, Brewsters Brewing Company or Trolley 5. The 13 thincrust pizzas go beyond the usual options; for example, there’s a pizza that comes with hot wings on top, while the Banh Mi pizza features Vietnamese braised short rib, jalapenos and pickled carrot and daikon. You can also snack on dishes like pizza spring rolls, Bavarian pretzels, burgers, sandwiches and more. Beer Revolution also has a daily happy hour that runs from 3 p.m. to 6 p.m.

The Calgary Stampede is back from July 6 to 15, and there are lots of ways for foodies to get in on the action. First of all, there’s a fresh batch of new midway foods to try. There are 63 new dishes to choose from, which range from fun takes on classics like pizza corn dogs and deep fried pineapple rings to more unusual options like kangaroo pizza and cricket caramel apples. You can also attend some of the Stampede breakfasts that will be held around the city. Fill up on pancakes at CF Market Mall, businesses like Raw Canvas, several local churches, community associations and more.

Sugo’s former space in Inglewood is now home to a new 78-seat restaurant called Gorilla Whale. The self-proclaimed “Japanese-ish” restaurant gets its name from a famous Japanese film figure: Godzilla, whose name can be loosely translated to Gorilla Whale. The kitchen, led by chef Dirk McCabe and pastry chef Jess Lypskie, serves up yakitori, ramen, gyoza, a karaage burger, chili soft shell crab, milk bread and more in a casual space decked out in cool concert posters. The restaurant takes its cocktails seriously too, with offerings like the Shiso-ito (with sake, white rum, muddled shiso leaves, lime, simple syrup and soda) and the Big in Japan (with Campari, toki, sweet vermouth and Drambuie).

Mexifest launches for the first time in July

Celebrate Mexican culture at this new festival in Eau Claire Plaza. Running from July 6 to 7, the inaugural Mexifest will feature a taco showdown, a competition to determine the best salsa at the event, wrestling matches featuring Mexican luchadores, live music and dancing and even a hot sauce eating competition.

The Wednesday Room has a new menu for summer

Head to Stephen Avenue for lunch or dinner to try the new menus at The Wednesday Room. New additions include street corn, lobster and prawn tacos and porkbelly baos, plus cocktails like the Kiwi $3 with tequila, cachaca, mint and a poppyseed rim. Don’t worry though – popular dishes like the whipped guacamole and waygu beef burger are still on the menu.

Stop in for a coffee or some brunch at this new cafe in Victoria Park. Open since early June, ZCrew Cafe serves Japanese-style matcha pancakes, waffles, scotch eggs on chili, chicken soba noodle bowls and more in its 1,100-square-foot, 35-seat space. While you can order classic coffee drinks like Americanos and lattes, you can also get your caffeine fix with one of its more unique offerings. Try an espresso tonic, an affogato or the “On the Rocks” drink, which features a cube of frozen cold brew that you pour milk over to create a cold latte.