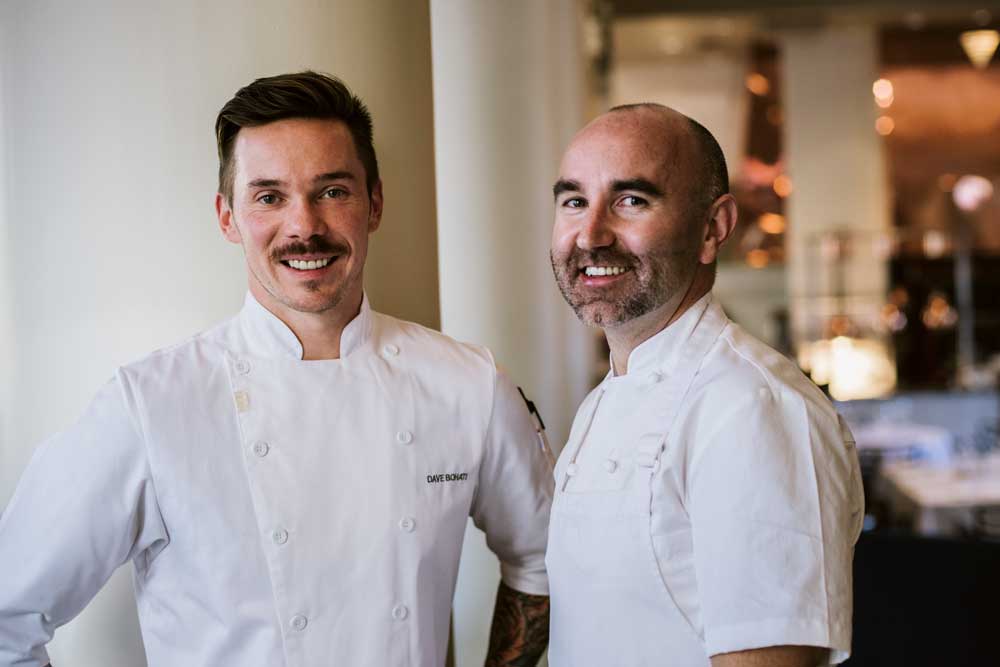 No, Teatro is not a new restaurant – it’s the same grande dame across the street from Arts Commons that we’ve all grown to know and love. But over the past few months Teatro has been injected with new life, thanks to new talent in the kitchen.

Bohati has been celebrated for his creative approach to food and he’s bringing a fresh take to the upscale Italian fare that Teatro has built its reputation on. The menu changes regularly so Bohati can take full advantage of seasonal ingredients. His dishes – especially those in the five-course chef’s tasting menu – are modern and often whimsical, while still using Teatro-esque ingredients such as duck breast, lamb and pasta. Teatro is still that iconic restaurant that Calgarians have been hitting for pre-theatre dates and special occasions since 1993, but Bohati and Batey are doing their part to keep this classic vibrant and relevant.