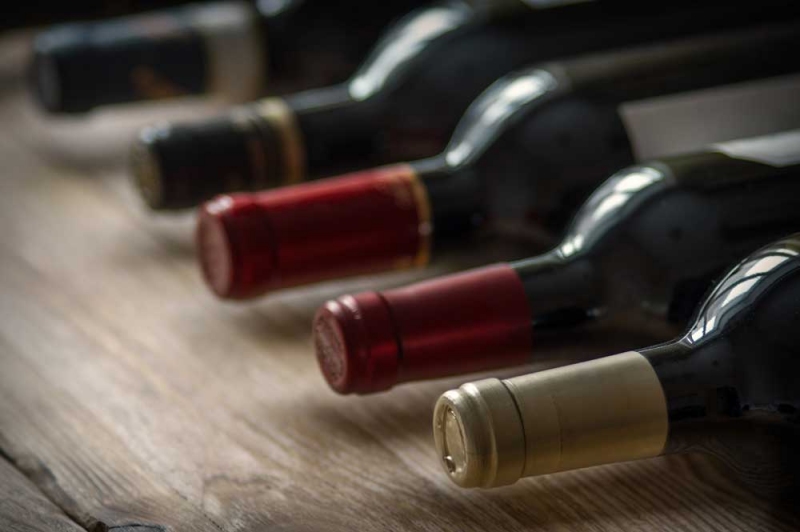 Sometimes, it’s pretty awesome being me. It’s not all wine and roses of course, but looking back on 2017 and some of the incredible bottles I tasted, shared and wrote about reminds me what a joy it is to be a wine-lover in Calgary.

This past year in wine saw an emphasis on getting the best bang for our buck, what with value being on everyone’s mind. It’s a hard thing to launch a super-premium luxury wine in this market these days, but no matter one’s budget, the trend is toward perceived value. Whether a kick-ass Rioja, a beautiful Port or a wickedly awesome German bottle, it isn’t good enough for a wine to be simply good or rare, it has to sell at a fair price, too.

It is no secret that Albertans enjoy the largest selection of wines in the country and, increasingly, consumers are looking for cool and interesting wines that are different but not too far off the beaten path. We continue to see more and more smaller producers capturing attention while large or overly commercial offerings fall out of favour. And we still love wines with a good story or a cool personality behind them – if the price is fair. Don’t get me wrong, there are still a lot of overpriced wines out there, and there certainly are wines that might be boring to some people, but the selection is better than ever.

What follows are some of my favourites from the past year. They aren’t the most expensive (although there is a $450 bottle here) or the hardest to find, but at each price point these wines were captivating, curious and possessing enough personality that they’ve stuck with me.

I hope you enjoy them as much as I did.

Looking for a super-premium malbec for your favourite carnivore? Fortuna Terrae (luck of the Land) is a small, five-acre parcel of Catena’s Adrianna vineyard. Classic stylings but offering so much more in the balance, with black fruits, plum and garrigue, with cocoa and charred wood on the finish. Stellar from first sip to last drop. $125

One of the greats in American wine, Chappellet makes a number of cellar-worthy stunners. Its Mountain Cuvee is a Bordeaux-style blend with deep berry fruits, star anise, licorice and a great earthiness to bring it balance. It’s big, beautiful and a bear of a wine, so let it sleep in the cellar for a bit. A great gift for the collector on your list. $55

One of my current favourites from the Okanagan, Ex Nihilo’s merlot is all about firm tannins supporting deep and layered earthy berry fruits. Merlot is one of my favourite grapes from the Okanagan and the Ex Nihilo doesn’t disappoint. I’d recommend decanting it if you’re opening now, but it will sing after five years or so in the cellar. $40

This is a single-vintage tawny Port that’s perfect for enjoying or gifting. These wines are released ready to drink and exhibit the power and structure of Port, with a nuttiness to balance the sweetness. With peanut-shell and lime aromas, and caramel and crme brle on the palate, it’s nearly impossible to only have one glass. A sweet choice for someone you know with a sweet tooth. $120

For my dollar, Portugal still offers almost unheard-of authenticity in its wines. Made from the baga grape, of which Luis Pato is the undisputed master, its nose is smoked strawberries, leather and blueberry with a spicy, peppery palate and some cellar-worthy tannins. $35

An almost unapologetic example of what chardonnay can be – big, bold, with loads of oak and shades of sourdough bread while fruits lean toward lemon drops and green apples. Richly flavoured and textured, it’s a wine that drinks like a meal. Don’t serve it too cold, though. $59

Love old wine, but don’t have the patience for cellaring? The most recent offering from Taylor Fladgate’s single-vintage (or colhita) tawny Ports is a perfect choice. The 1967 is a barrel-aged Port made entirely from 1967 fruit and released this year. With nearly 50 years in the barrel (it spends a little time in the bottle, too), it’s plump with orange and dried-lemon, pecans and salted-caramel flavours, with a long peanut-brittle finish. $264

Silvaner, an uncommon grape, is often overshadowed by riesling and other Germanic varieties, which is unfortunate when you consider the honey and vanilla-bean aromas with a touch of plum and spice that waft up from the glass. Lightly oaked from newer French barrels, it would easily be a discussion-worthy alternative to most chardonnays on the table. $26

Tinhorn Creek has a new flagship wine. You might wonder why it took so long, but it was worth the wait. A cabernet sauvignon-based Bordeaux blend, it shows the cassis and bell pepper spiciness cabernet is known for with balanced notes of fruit, earth and spice tones throughout. Note the screw top for long-term cellaring. $65

Hands down, one of the finest riojas to bear the name. Sure, it is a little more fruit-driven than some traditional examples, which isn’t necessarily a bad thing. It just goes down that much quicker. Full of cherry and black-currant fruits, with some smooth but weighty tannins, it’s a good wine to have on hand in the cellar, so buy a few. $58

Limited to approximately 5,000 bottles worldwide, The Caley is Yalumba’s super-premium flagship wine sourced from two of Australia’s notable regions, the Barossa and Coonawarra, and their flagship grapes – shiraz and cabernet sauvignon. Mouthfilling and mouthwatering, with layer upon layer of aroma and flavour, it’s a wonderfully crafted wine that showcases its homeland. If your budget permits, buy it, cellar it, and yes, drink it. $450

A million miles away from those “gooey” off-dry or sweet gewrztraminers, the Eichberg is a grand cru vineyard noted for its exceptional terroir and the wine it produces. It’s sleek and citrusy on the nose with loads of crushed rock tones, while the palate is citrus and honey, with only a pinch of sweetness. Will age well in the cellar, too. $35