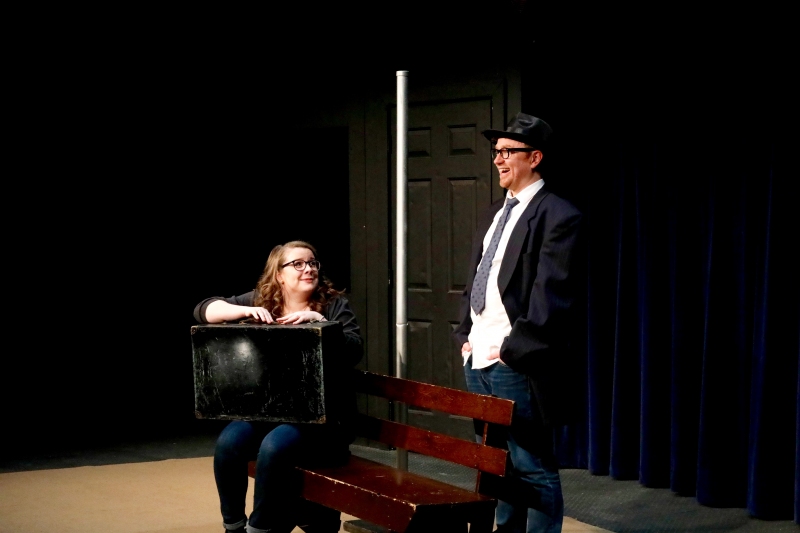 Late on a Saturday evening, the upper level of the Crossroads Market is lit up, and the faint sound of raucous laughter spills onto the street. A rowdy party perhaps? Close enough – it is Calgary’s heavy-hitter improv organization, Loose Moose Theatre.

This kind of boisterous fun is addicting. Audiences should be fairly warned that once you start, it may be hard to stop – something Ware discovered after attending a Loose Moose show as a teen. He estimates that he has been performing in Gorilla Theatre shows for about 20 to 25 years. “[When] I was in high school, I went up to Loose Moose, this is back when it was up by the airport, and watched a show. It was just really mind-blowing that these people were hopping up on stage and making things up on the spot, and bringing it all to life. So I started volunteering there when I was 16,” says Ware.

Here are five things you should know about improv, Gorilla Theatre, and Loose Moose.

Good improv involves vulnerability on the part of the performers.

According to Ware, one of the key components of excellent improv is trust – both in yourself and in the people you’re improvising with. “Improv goes well when the people on stage trust each other, when they give up control to each other, and when they tell a story. When they actually commit to what it is they’re doing and get involved,” says Ware. “It works well when the performers are willing to do whatever the scene needs to do and it doesn’t work well when they worry about themselves first.”

The performers are trying to weave together a narrative.

Ware reveals that one of the misconceptions that people have about improv is the relation between meaning and form. “The misconception people would have is that it’s all sort of meaningless, and goofy, as opposed to being able to get some kind of depth, some kind of meaning to the scene. We always strive to tell a story of some kind,” says Ware.

When prompted for tips as to what makes a good audience member at an improv show, Ware laughs. “If you’re shouting out suggestions, don’t try to be funny. Just come up with a good suggestion,” says Ware. “The best scenes aren’t the ones where someone yells out bathroom [as the location] because they think they’re being funny. We get that all the time, and it’s never good. Just try to be real.”

Directors play a key role in creating the performance at Gorilla Theatre. “The director can sort of look to see what the scene needs to make it more interesting or make it kind of pop, or move it in the direction of the story. Improvisers are notorious for getting caught up in something they find onstage; it’s like trying to get a toddler to walk through a mall without getting distracted. Sometimes they can get distracted and want to sit around a joke for a minute, so the director sort of moves them on and keeps them going towards where the scene should go,” says Ware.

You might find yourself a part of a special moment in someone’s life.

Ware reveals that occasionally, someone will call up the theatre and ask if they can include the show in an important question they have to ask. “We’ve had a few wedding proposals,” says Ware. “We’ll work with that person [ahead of time and] get that person and their fianc down on stage and work a proposal into a scene.”