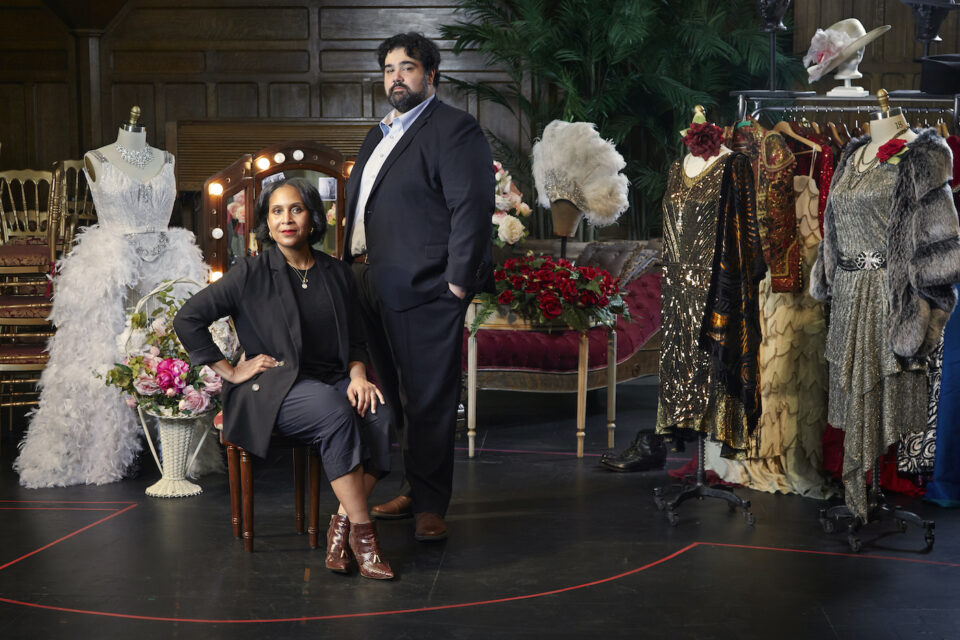 Support local at some spring art and craft markets

Shop for locally made jewellery, candles, food, paper products and more at one of the many art and craft markets happening in and around Calgary this spring.

Read more: Spring Art and Craft Markets In and Around Calgary

Go out for dinner during Filipino Restaurant Month

Running for two months, the spring edition of High Performance Rodeo features eight can’t-miss productions, from the film premiere of Istotsi: The Land We Live On at Globe Cinema, to The Memory Room dance production choreographed by Jean Grand-Maître, who is in his final season as Alberta Ballet’s artistic director.

A new micro-cafe and shop in Crescent Heights, Besties Floral Cafe is a picturesque spot to do some shopping. The space has a small selection of treats and drinks, as well as fresh flower bouquets and floral-inspired gifts. The cafe also shares a space with Cherry Tree Lane Toys, so you can shop for unique toys as well.

Watch an opera production about love and heartbreak

Don’t miss the last show of Calgary Opera’s 2021-22 season this month. In this reimagined version of the Italian opera La Traviata, a music hall singer living in 1920s Paris falls in love with an affluent man, only to have his family’s disapproval upend her life.

Go on a nighttime ghost tour at Heritage Park

It’s not Halloween yet, but there’s still plenty of spooky fun to be had at Heritage Park, which recently brought back its nighttime ghost tours. The 90-minute walking tours are offered throughout the month and promise plenty of chilling tales.

Take your family to Aggie Days

This month marks the 35th anniversary of the Calgary Stampede’s Aggie Days. The free, two-day event invites guests to learn more about agriculture and farming, see animals and check out events like extreme cowboy racing.

The team behind Pho Dau Bo are opening a new sister restaurant on April 1. Một Tô is a bahn mi and pho bar where you can fill up on a pho grilled cheese sandwich, popcorn quail, salad rolls, Vietnamese subs and more.

Read more: Step Inside the Quantum Sandbox at Telus Spark

Taking place the weekend before Easter, Ten Degrees Chocolate is holding two workshops where you can learn how make your own Easter treats. The all-ages classes run for two hours each.

Learn about bears at a National Geographic Live event

The latest National Geographic Live event is all about bears. During The Secret Life of Bears, scientist Dr. Rae Wynn-Grant will share about these fascinating animals and the relationship between wildlife and communities.

Dine at a new chef-driven food hall in the Beltline

The next time you’re feeling hungry but can’t decide what to eat, consider checking out The District at Beltline. The new food hall features six chef-driven eateries offering everything from Korean food to vegetarian fare.

Many people will be familiar with the TV show Kim’s Convenience, which ran on CBC for five seasons. But did you know that story started as a play? This month, Alberta Theatre Projects is staging the eponymous play by Ins Choi, which follows the life of Korean shopkeeper Mr. Kim and his family.

Go for dinner at the newly opened Ellie’s Kitchen + Bar

Ellie’s Kitchen + Bar is a new downtown dining destination that serves up Ghanaian, Jamaican and Canadian flavours. Make a reservation to try dishes like the beef suya in the eye-catching dining room (tip: consider visiting on April 1 or 2 to enjoy live music with your meal at 6 p.m.).

Dress like your favourite character for the Calgary Expo

William Shatner, Michael Rooker, Carl Weathers, Sam Maggs, Mike Grell, Charles Martinet — these are just some of the celebrities, voice actors, comic creators and cosplayers you can see at this year’s Calgary Expo. Celebrating its 15th anniversary, this year’s comic and entertainment expo promises an exciting mix of panels, retailers, workshops and events like the Pow! Parade of Wonders that runs downtown.

Learn about bread at a new Lougheed House exhibit

Take in Michelangelo’s paintings at the Sistene Chapel Exhibit

People travel from around the world to see Michelangelo’s artwork in Italy’s Sistine Chapel, and until mid-May, Calgarians also see it (sort of) right here in Calgary. This exhibition uses licensed high definition photos to showcase the ceiling paintings in Calgary’s BMO Centre.

Watch some movies during the Calgary Underground Film Festival

The Calgary Underground Film Festival is back this month with a full lineup of films. This year’s festival features a mix of in-person and virtual screenings, so you can take part no matter what your comfort level is right now. There are nearly 40 films to choose from ranging from thrillers to documentaries.

Take some friends or family to visit Granary Road

The farmers’ market and active learning park at Granary Road return for the season starting April 29. To celebrate, Granary Road is holding a season kick-off party from April 29 to May 1, which is a great opportunity to check out what is new and returning for the season.

Check out a new art exhibition by Jae Sterling

Local artist Jae Sterling has a new art exhibition at Truck Contemporary Art. On display until April 30 from Wednesdays to Sundays, Seven Portals examines our changing reality through visuals and soundscapes.