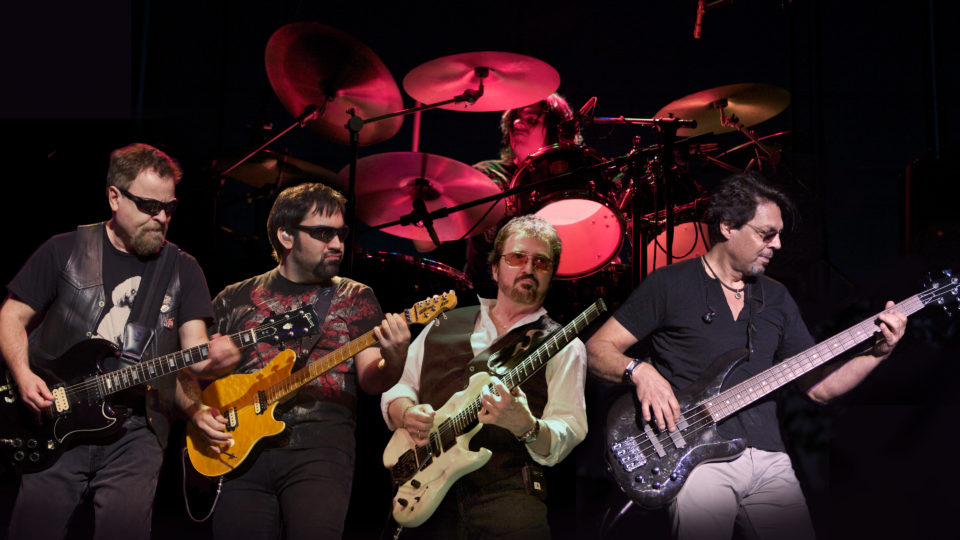 With its repertoire of supernatural- and horror-inspired songs like (Don't Fear) The Reaper, Nosferatu and Harvest Moon, rock band Blue Öyster Cult could fill this list all by itself. Photograph courtesy of Blue Öyster Cult.

Yes, we all love “Monster Mash,“ but is it a bit too young for a grown-up Halloween party? These old blues and rock songs might not have been written specifically for Halloween, but they’re sure to add to your gathering’s spooky atmosphere.

This band’s creepiest song is inspired by Christina Crawford’s memoir Mommie Dearest, in which she accuses her mother, Hollywood star Joan Crawford, of abusing her and her brother. We dare you to not get freaked out at the whisper of “Christina…Mother’s home.”

This traditional American gospel song might be about (and written by) a young boy sick with tuberculosis, but this version, complete with tolling bells, the sound of dragging chains, and Cash’s dour vocals, has a decidedly zombiesque tone.

“I Put a Spell on You“ by Screamin’ Jay Hawkins

Before he released this single in 1956, the bluesman was just known as Jay Hawkins. When the popularity of its wild, screaming vocals exploded, he donned a cape and added a coffin, a skull and pyrotechnics to his show, becoming one of the first “shock rockers” and the precursor to modern acts like Alice Cooper and Marilyn Manson.

Sure, it gained a lot of popularity from being featured on the Shrek 2 soundtrack, but how can you not love the syncopated tango rhythm and Tom Waits’ growly, gravelly, chain-smoker-with-a-cold voice? If this song also brings to mind Captain Hook playing the piano at a bar for fairytale villains, that’s cool too.

“Witchy Woman“ by the Eagles

Sandwiched between the softer country-rock offerings of the Eagles’ eponymous 1972 album, the haunting minor-key blues riff in “Witchy Woman“ stands out. Lyricist Don Henley drew inspiration for the song’s bewitching and seductive leading lady from flapper and novelist Zelda Fitzgerald, whose biography he was reading at the time.

“Werewolves of London“ by Warren Zevon

Halloween can’t be all gloom and doom, and this song is always good for a laugh – especially when you see the werewolf in the music video.

This is the titular song on the album that marked alternative rock band Concrete Blonde’s shift toward gothic rock (the same album that features their hit “Joey“). Nothing says gothic like the undead knocking at your door.

Just listen to the vividly descriptive lyrics as Jim Stafford tells the tale of Black Water Hattie and her supposed curse on a Florida town. If this ballad’s twist on the traditional witch story (and its brilliant internal rhyme) don’t make you think of a harvest moon rising over the bayou, nothing will.

You’ve heard of high-stakes poker, but when the souls of the dead are on the line, anything goes. Chris de Burgh’s operatic vocals on each verse’s final line coupled with spooky string accompaniment make “Spanish Train“ the perfect musical story for a Halloween night.

“Pet Sematary“ by the Ramones

Originally written for the 1989 film adaptation of Stephen King’s horror novel of the same name, the music video was filmed at the Sleepy Hollow Cemetery in Sleepy Hollow, New York, also the setting for Washington Irving’s legend about the Headless Horseman.