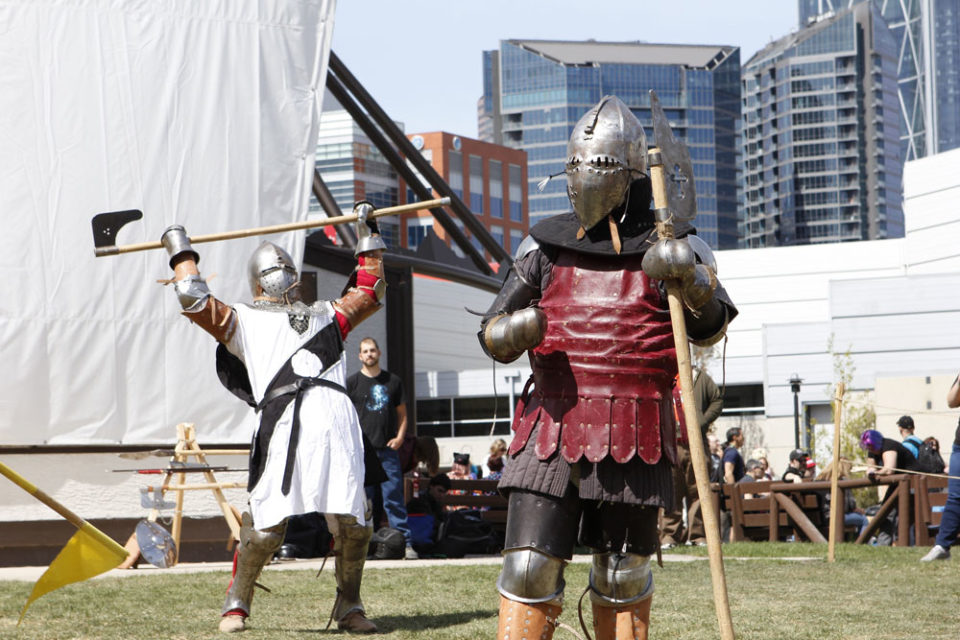 Photograph courtesy of The Forge.

Has a lack of Game of Thrones left you wanting for swordplay? Take heart; there’s a club in Calgary that will satisfy all your sword-swinging needs.

The Forge is a western martial arts club that holds weekly lessons on European martial arts. The Calgary club, a former chapter of Edmonton’s Academy of European Swordsmanship before breaking off on its own in 2012, teaches out of the Highland Park Community Hall and counts more than 40 members.

Through its training, the club seeks to revive the practice of European martial arts that has, in recent years, been gaining popularity both in Europe and North America.

“Back in the 1600s, there were schools run by the masters of the day. They wrote down their teachings and they kept it secret. These things became fight books,” says club co-founder Tim Holter. “In the ’80s there was a resurgence, where martial artists were curious about what their forefathers did in Europe, and started unearthing these manuals, got them translated into modern languages and then started reconstructing the martial arts.”

Members can opt to learn more about several varieties of combat, including German long sword, sword and buckler, shillelagh and even a form of unarmed German grappling. If you’d rather just watch people whip weapons at each other, you’re in luck; the club hosts its fourth annual Anvil tournament this month (Oct. 22 at Hillhurst Community Hall), where competitors face off in different divisions and weapon categories, with winners being decided by a panel of judges. Spectators can watch for free and decide whether the practice is for them, though, as Holter points out, “Who doesn’t want to know how to kill someone with a sword? That’s pretty cool!”