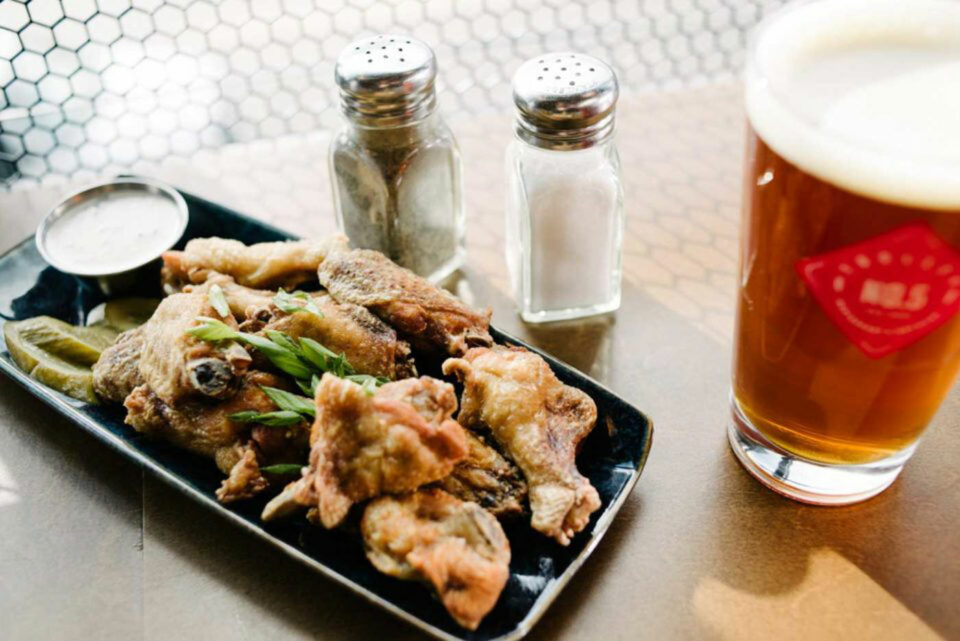 One of, if not the largest brew pub in the city, with a 200-seat, all-ages room (during non-pandemic times), Prairie Dog Brewing has carved out its corner of the crowded brew pub scene. Its tagline of “Beer, Barbecue, Friends” describes the family-run spot perfectly. The food is top-tier, southern-style barbecue with all of the fixings and the beer is ambitious, bold and delicious.

Named after a trolley that once ran through what is now known as the Beltline, Trolley 5 has made a name for itself as one of the best brew pubs in the city to watch a Flames game, enjoy traditional pub food with new twists or even get some dim sum. On tap are the creations of brewmaster Craig Pearson, which are brewed on-site, as well as beers from fellow Calgary brewers.

This Inglewood gem sports a gravel-floored, secluded patio that’s become a must for summer get-togethers. Inside, the relaxed environment amongst the brewing tanks feels more like you’re at a cool garage party than a brew pub. While the beer is ever-changing, the Pegasus American pale ale is one that many Calgarians enjoy and can also be bought in stores. And now, you can also grab a burrito from the newly added A1 Burrito stand inside the brewery.

A craft-brewing pioneer in the city, Wild Rose has been operating since 1996. The taproom opened in 2006 inside building AF23 at Currie Barracks and is one of the most unique hospitality experiences in the city. Guests can even book a behind the scenes tour. You can never go wrong with classic beers like the Velvet Fog or Wraspberry ale, but keep an eye out for new brews available in pints, cans, bottles, growlers, “crowlers” and kegs.