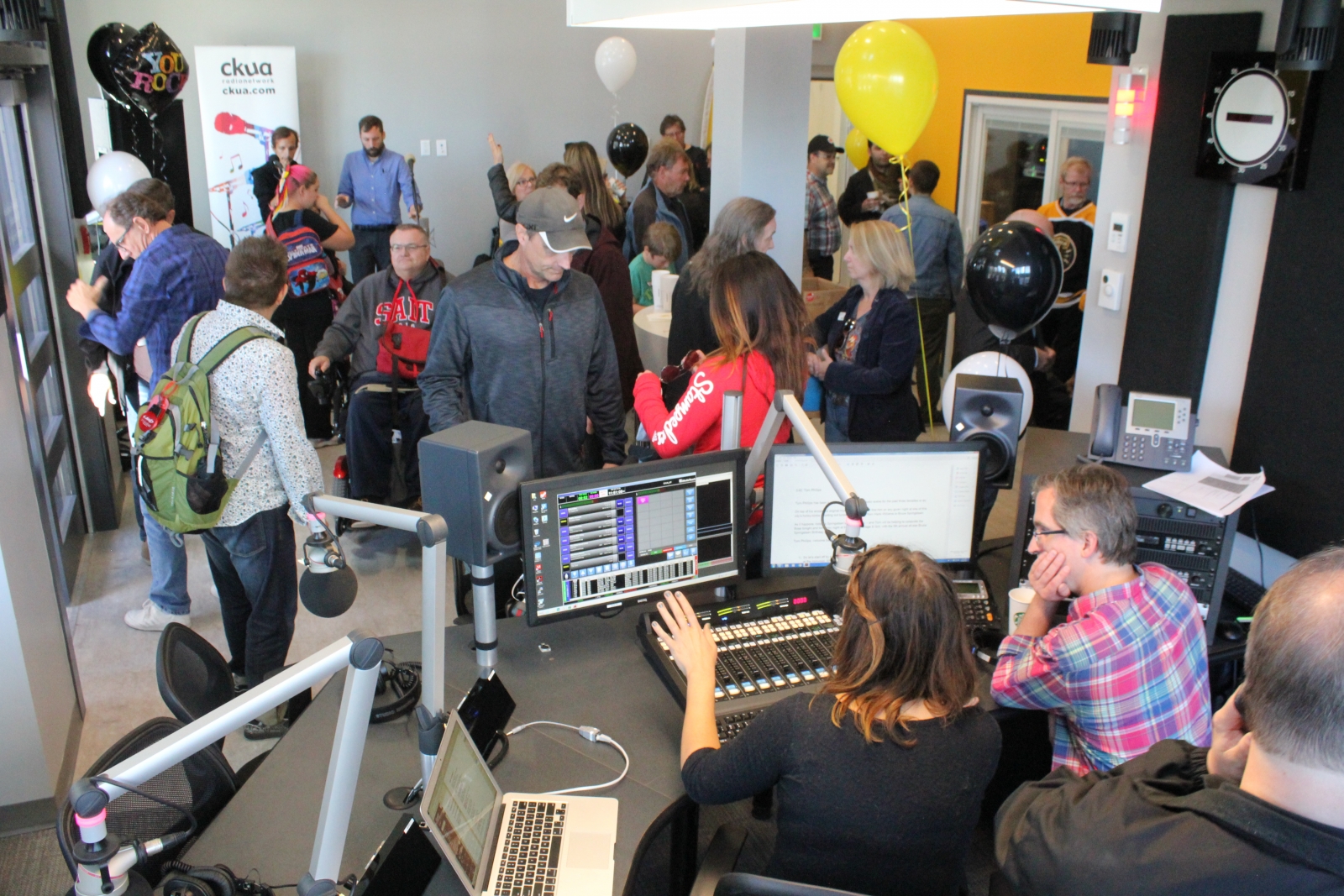 On Friday, September 23, the FM radio waves saw the return of local CKUA programming from a permanent Calgary location in the King Eddy at Studio Bell. The station had previously set up shop in Heritage Posters and Music this past May to begin its broadcast, the first time it had broadcast from Calgary since 2014 in a rented space in the Epcor Centre for the Performing Arts (now Arts Commons). While those spaces had their appeal, CKUA DJ David Ward is enthusiastic about the possibilities of their new home.

“I’m excited about this space [and] the possibility of performances in our own studio in Calgary,” he says, “Depending on the routing of acts, depending whether or not they get to Edmonton, we have the option to record, interview, capture them earlier in the tour than we would otherwise.”

Ward also cites ideas he and others have floated to turn the roughly 1,100-square-foot, open-concept space into a community hub. “I pitched the idea that, once we’d settled down, I’d like to have a monthly music doc evening. We could put up 20 to 30 chairs and watch something,” says Ward. “This could be a small community hub. Maybe it will be for a music biography book club, maybe it’s for bingo, who knows, but it allows us to provide opportunities for our listeners to come to the station and do things.”

CKUA’s 1,100-square-foot space features an open air concept with workstations spread throughout that doubles as a multi-purpose space, as well as a soundproof booth and a more open studio space that allows the occasional sounds of nearby 4th street traffic to trickle in.

It isn’t just the space that will be local. The station will alternate every few hours between Calgary and Edmonton broadcasts, with Calgary talent hosting a number of shows. Hayley Muir, one of the latest additions to the CKUA lineup, was handpicked by content director Kevin Wilson after he heard her on CJSW, where she’d been on air for eight years. Prior to its first broadcast out of the new space on September 23, Muir spoke to how she felt about her first broadcast from the King Eddy space. “This feels really official. It’s a nice fresh start. Thinking that 30 years from  now, people will be talking about the first day of CKUA and the first show and the first pieces of music, it feels like a big responsibility on my end. It’s cool, it’s here!”

Ward mentions that being in a space like the King Eddy comes with a great sense of history, and he jokingly points out that CKUA’s location was where patrons of the King Eddy might have one time seen strippers, and their mics are set up right where the bars only pool table once resided. “There’s a history here,” he says. One, no doubt, he and the rest of CKUA will add their own stories to in years to come.