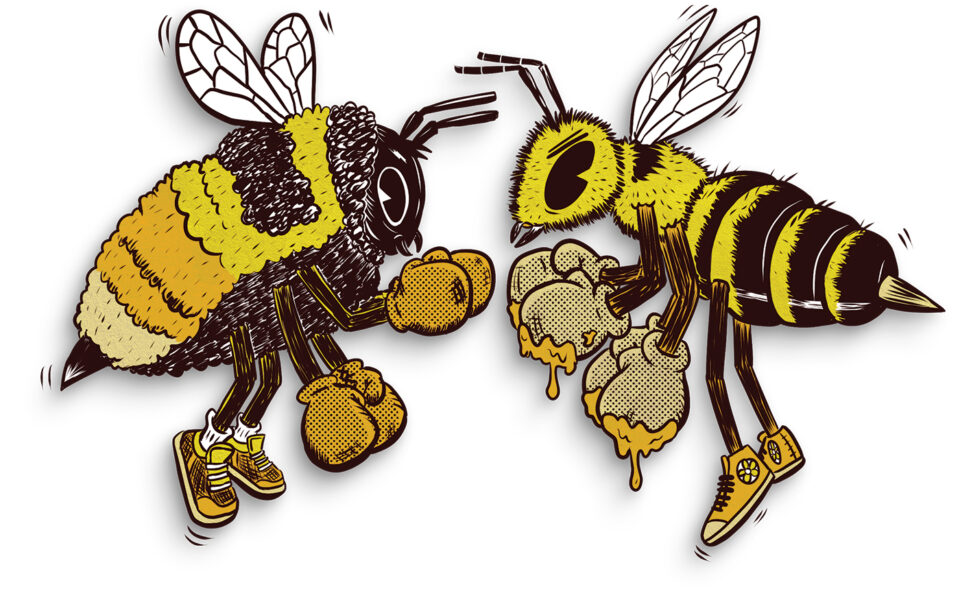 Honeybees are fascinating: They communicate with one another by dancing, they’re the only insects that produce food that people eat, and, in this part of the world, they are a foreign species. Honeybees were introduced to North America in the early 1600s and are now considered a domesticated species. In Alberta, there are around 25 billion honeybees involved in commercial honey production.

But with all the buzz around honeybees, less is known about the 322 species of bees native to Alberta. While native bees don’t produce honey, they play a crucial role in pollinating canola. Compared to honeybees, they live much more solitary lives. Bumblebees, for example, live in colonies of 50 to 100 bees and prefer dead wood and ground burrows to busy hives. Not all are yellow and black. Some are snow-white, others emerald green; some are minuscule, and others are as big as a thumb.

Native bees are also under threat, with more than 40 per cent vulnerable to extinction. Part of their decline is from pesticides and climate change, but direct competition for food with honeybees is a key cause. Native bees are specialist foragers, meaning they only harvest nectar from certain native plants like prairie crocuses and Saskatoon shrubs. Comparatively, the highly efficient honeybee will forage from any plant. Wild colonies of escaped honeybees also introduce parasites and diseases — like the crippling deformed wing — to native bees, further devastating populations. As a result, native bees are being starved out of their own habitats. So, when it comes to “saving the bees,” native bees are just as buzzworthy as their honey-producing counterparts.

1. In honeybee hives, workers are all female and, unlike male drone bees, are the only ones with a stinger.

3. At 25 mm long, the largest bee in Alberta is the Nevada bumblebee (Bombus nevadensis).

4. Cuckoo bees, a parasite found in every species, lay their eggs in other bees’ nests and when the larvae hatch, eat all the host’s pollen — and sometimes their larvae, too.

5. Sweat bees, known for being attracted to our perspiration, are some of the prettiest native bees, in shades of metallic green, blue or copper.