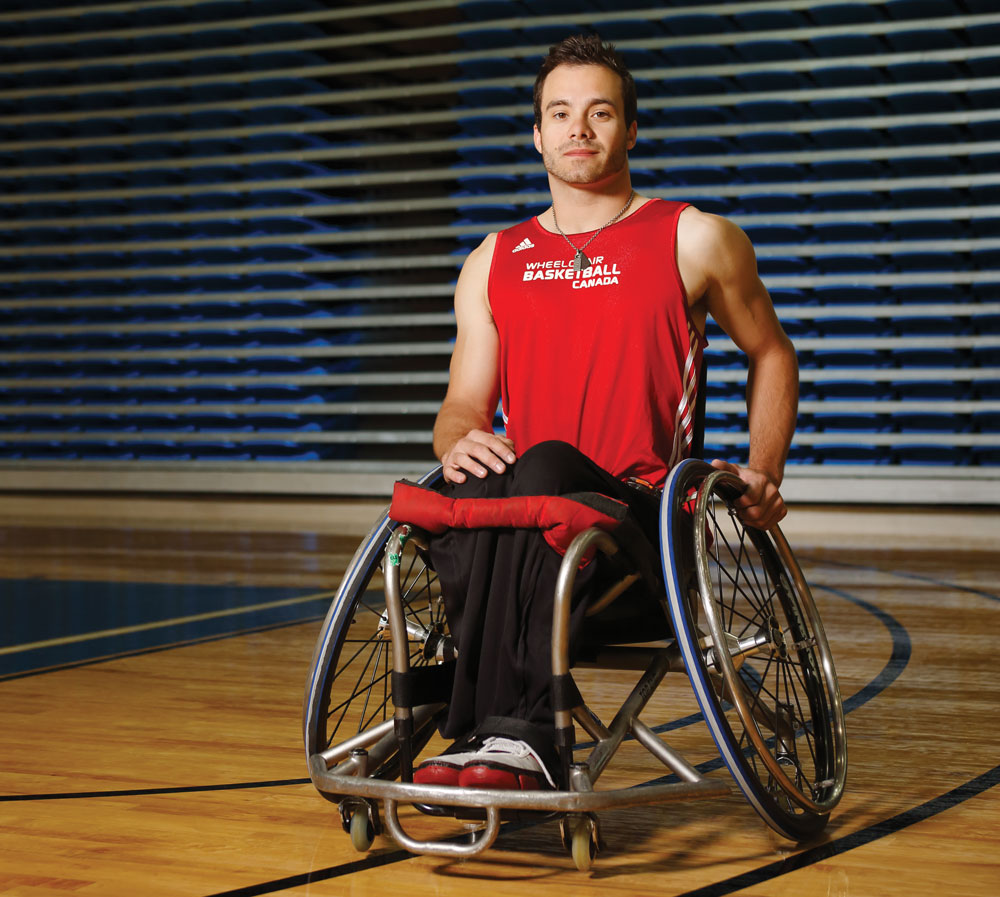 The Pan Am Games wrapped up on July 26, but the excitement in Toronto isn’t over yet. In fact, it’s only half over. From August 7 to 15, the Parapan Am Games are running in the city and the competition is expected to be just as exciting.

These will be the biggest Parapan Am Games yet. More than 1,600 athletes representing 28 countries are competing in 15 sports.

Like the Pan Am Games, there are plenty of athletes travelling to the event who are from Calgary or who train here. Here are eight to watch for.

Interesting fact: Brown was recruited into track and field by a high school teacher.

Brown lives with Multiple Sclerosis and Ataxia and will be competing in the discuss and shot put at this year’s Parapan Am Games. She is coached by Kim Cousins of CALTAF, the Calgary Track and Field club.

Watch Brown compete on August 10 and 11.

Interesting fact: Connor was the first player with a disability to be drafted into the Western Hockey League.

Originally from Saskatoon, Connor now lives and trains in Calgary. Connor is a left side amputee and competes in the 100-metre and 200-metre races, as well as the long jump. He competed in the Paralympic Games in Sydney in 2000 and in Beijing in 2008, winning gold medals in events at both Games.

Watch Connor between August 10 and 14.

Jassman was 20 years old when a serious car accident left him paralyzed from the waist down. Even though Jassman is born and raised in Calgary, he plays professionally on a team in Germany – the Trier Dolphins – for eight months of the year. Jassman first played the sport with the Calgary Grizzlies. He earned a spot on the national team four years later in 2009.

Interesting fact: Kasko used to play underwater hockey and started swimming when she was only four years old.

Kasko is from High River and is currently training and living just outside of Calgary in Okotoks. Racing in the category designated for athletes with an intellectual disability, Kasko has already represented Canada at a high level. Kasko competed in the Paralympic Games in 2012 and this will be her second time competing at the Parapan Am Games. Kasko competes in the 200-metre freestyle, 200-metre backstroke and 100-metre breastroke events.

The swimming events run from August 8 until August 14.

Interesting fact: Learoyd has been playing on the national sitting volleyball team since 2007. He has been on the team since he was 17 years old.

Learoyd is an amputee who is no stranger to the Parapan Am Games. Having competed in the 2007 and 2011 Games, Learoyd is now trying to make it to Rio for the Paralympics next summer. Learoyd is coached by Ray Sewell, another Calgarian. Jesse Ward is also on the sitting volleyball team and is currently attending Mount Royal University.

Interesting fact: Orr is a survivor. She was in a horrific car accident in 2011 while on her way to a volleyball tournament in Sparwood.

Orr has always been a star volleyball player. She was on her high school volleyball squad and had dreams of playing on a university team. Then she was in a car accident, which left her with a permanent disability in her right arm. Instead of giving up the sport, Orr worked through physiotherapy and returned to the game. She was later recruited to the sitting version of the game. This is her first time competing at the Parapan Am Games.

Orr is currently training in Calgary and is coached by Nicole Ban. She is studying at the University of Calgary and hopes to work in the communications department at the Alberta Children’s Hospital.

See Orr and the rest of the women’s sitting volleyball team compete starting on August 9.

Interesting fact: Sametz is currently pursuing a degree in business at the University of Calgary.

Just 19 years old, Sametz is already considered one of Canada’s most hopeful stars in para-track cycling. His Cerebral Palsy has never slowed him down: he was athletic as a child, but began to pursue para-cycling seriously after Stephen Burke from the Calgary Cycling Centre introduced him to it. He currently in Calgary trains under Phil Abbott.

Interesting fact: Snow was a former winner of the Calgary Booster Club award.

The coach of the Canadian men’s goalball team lives here in Calgary. (Goalball is a team sport designed in the 1940s specifically for blind athletes that involves throwing balls with bells embedded in them into the opponents’ goal.) In addition to being involved in the sport since 1983, Snow has also coached athletes at five Paralympic Games, from 1996 through to 2012.

For a schedule of when events will air on television, visit panam.cbc.ca