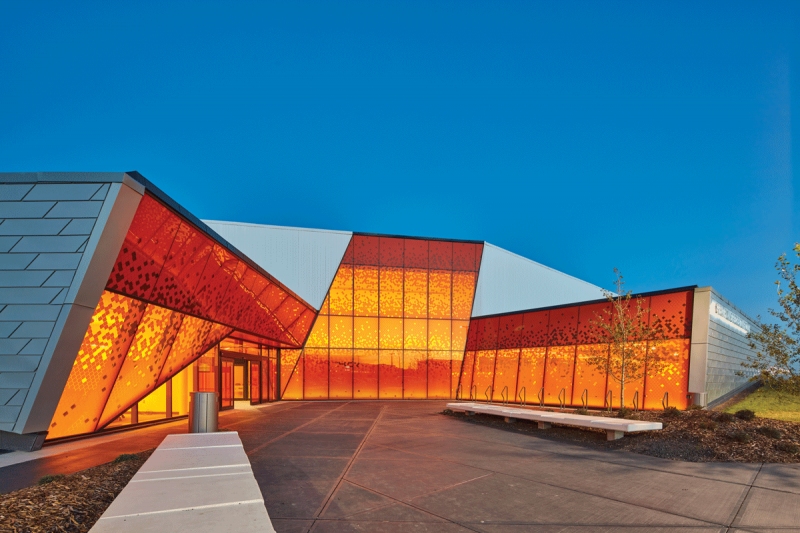 Over the past decade, Calgary architects and builders have created an ever-increasing number of significant buildings and spaces – significant not only in scale, such as the Bow Building or the East Village Masterplan, but also in concept. These works have moved the conversation about the city forward. No longer can it be said that Calgary has no interesting architecture.

The City of Calgary’s Mayor’s Urban Design Awards (MUDA) started in 2005 as part of a program that the Royal Architectural Institute of Canada (RAIC) offered to cities across Canada. The biennial awards offer cities a chance to adjudicate architectural pieces that they then send on to the RAIC for the National Urban Design Awards (NUDA) in the alternating years.

Since then, Calgary has expanded its own awards program to include additional categories that David Down, City of Calgary chief urban designer, city wide urban design, says reflect some types of standout design in the city that weren’t part of the RAIC program. “It’s about recognizing design excellence across the city,” says Down.

“Some of what we’ve done is to broaden [the MUDA] to recognize spaces across the city. The development community thought it was too downtown focused and our intention was to get more entries from a broader range of building types.” So, while the NUDA program tends to favour large civic buildings and public spaces, the Calgary MUDA include categories for city-edge development, housing innovation, conceptual design and a people’s choice award for both buildings and civic spaces, among others.

Despite what the name implies, the MUDA winners are selected by a jury, not by the mayor. Nevertheless, the awards have been criticized for supporting urbanization causes, such as higher density, that the current mayor supports, and for awarding too many of the City’s own development projects. “We do get accused of awarding too many of our own projects,” says Down. “But we are careful to draw the jury members from various areas – the community, fine arts, media, architecture, landscape.”

Overall, the intention as Down sees it is to widen the conversation about what good architectural design is. “If the jury always chooses those projects that push the boundaries of the rules, it sends a message to the City and developers and to the community,” he says. “It sends a message that we have higher expectations.”

And these days, Calgarians’ expectations are very high.

“It has become a given that if you don’t have great design, you’re not on that list of great cities,” says Walker McKinley, one of the principals of local architecture and design firm McKinley Burkart and a recent inductee into the RAIC College of Fellows. Designing architecturally significant buildings can attract business, not only to a particular firm, McKinley says, but to the city in general. A well-designed city is one people are proud of and want to live in.

Down agrees and points out that good design is beneficial not just because it’s nicer to look at. “Better design increases walkability. Increased walkability increases health – it isn’t just about beautiful libraries and civic spaces. Better design is better on every level – usefulness, functionality, attractiveness and I don’t just mean beauty, I mean aspects that will attract people to use it,” he says.

The following award-winning pieces of architecture are great examples of just that – beautiful buildings and spaces that don’t sacrifice function for form. -K.L.

Winners of the local biennial awards program are sent on to the National Urban Design Awards in the alternating years.

In addition to MUDA, local architects and buildings are winning awards nationally and internationally. Here are a few outstanding examples.

Chief Crowfoot School showcases the ways architecture can infuse identity and culture into every detail of a building. In 2017, Chief Crowfoot School received the Jury’s Award for an outstanding and compelling component of a project, in the category of New Pre-K to 12 Learning Environment, at the Association for Learning Environments’ (A4LE) Pacific Northwest Regional Awards. The A4LE awards focus on the relationship between design and constructive educational experiences, and an important element of the awards is community. The awards celebrate designs that stem from the communities in which they are located. It is easy to see why Chief Crowfoot School received the prestigious Jury’s Award – Gibbs Gage infused the culture and identity of the Siksika Nation into every detail possible in the school, from the placement of the entrance to the colours used in each hallway.

The Glacier Skywalk is a feat of design, engineering and construction that shimmers above the Sunwapta Valley near Jasper. This stunning work of architecture has received numerous accolades – 17 to date. The most recent award to be lavished upon the project is a Governor General’s Medal in Architecture in 2016. This prestigious award aims to promote Canadian architecture by celebrating the work of its architects. However, the award also has a more philosophical bent – it aims to emphasize the role architecture plays in creating and sustaining culture and history in Canada. This is not the first time Calgary-based Sturgess Architecture has received this honour – the firm also won a Governor General’s Medal in Architecture in 1997 for the Yukon Visitor Reception Centre, in collaboration with FSC Manasc Architects. Much like the landscape that surrounds and inspires it, the Glacier Skywalk creates feelings of awe in the viewer, and it is easy to imagine visitors being similarly inspired in the many years to come.

Even before winning a number of accolades, the striking form of Shane Homes YMCA at Rocky Ridge was superlative on a couple of measures: at the time it opened it was the largest YMCA in the world and it had the largest timber roof in North America. The building in the northwest community of Rocky Ridge has won a number of awards including the 2017 Best in BIM Award at the CanBIM Awards and most recently the 2018 Award of Excellence at the Prairie Design Awards. GEC Architecture describes its goal in creating the facility as reinventing what a recreation space is “supposed” to look like by creating an open space and evoking the surrounding landscape. The rise and fall of the undulating roofline both mimics the surrounding foothills and allows for different ceiling heights in different areas of the interior. When standing on the main floor, visitors can see across almost the entire facility. -V.L.