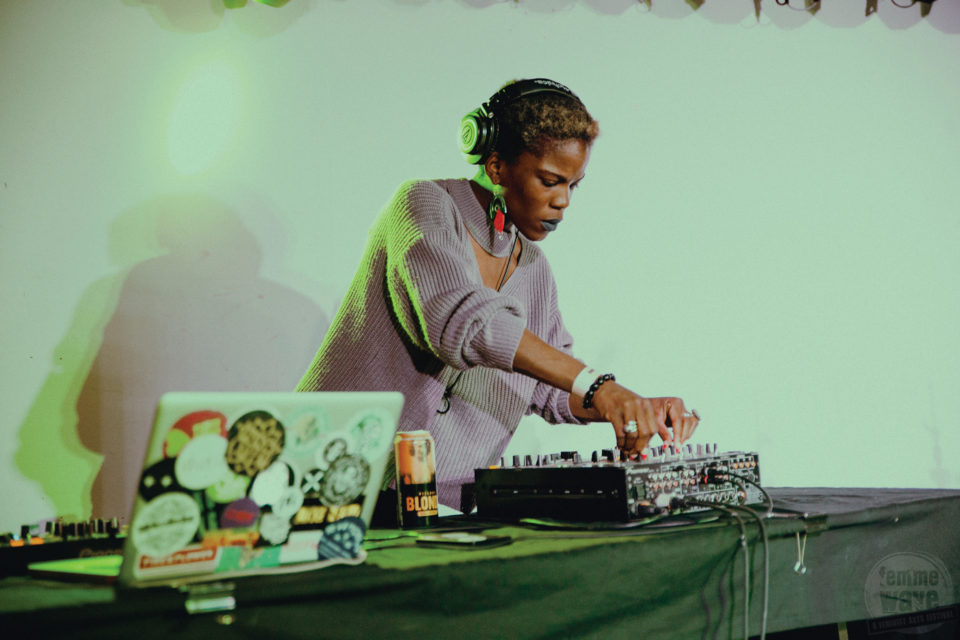 Kimberley Jev began her professional DJ career in November, 2018, about one year to the day before the debut of Umoja Sessions, her DJ night that began at Calgary’s Hifi Club.

Around the same time as this anniversary, Jev was also giving talks and performing at both Femme Wave and the Alberta Electronic Music Conference. In short, it was a hell of a year.

An artist manager, communications professional, community organizer and founder of the now-defunct calgaryfashion.ca, Jev attributes her breakthrough to her hard work DJ-ing as Kimleestar and throwing events with Afros in tha City, a grassroots organization she leads that’s all about uplifting and empowering youth and adults and creating visibility for black performers. “Something that makes me very proud is that I have not asked a single person for anything this year,” Jev says. “I just worked hard at perfecting my craft.”

The origins of her DJ career and Afros in tha City can be traced back to two things: first, Jev says local representation of black women in live music was practically non-existent, and second, it helped her stay connected to someone she lost.

“The other thing that happened was my partner passed away in January of 2015, and the only way I am able to feel feelings of connection, and the communication that I have with my partner … is when I mix the songs.”

Umoja Sessions celebrates the “sounds of Africa and the diaspora” with a range of musical styles like Afrobeat, hip hop, dance hall, reggae and more. Jev curates DJs for each session from Afros in tha City and partner organizations Icarus Sound and Afrobeats YYC — groups she has worked closely with since day one. “The support of each other is what has led to the successes this year,” Jev says. “We wouldn’t be where we are without each other.”

This month marks the fifth anniversary of burying her partner back in 2015. But rather than hiding away, Jev will continue on with Umoja Sessions at different venues and take comfort in the community she has helped to create. “I think what I really want is a huge celebration of love and togetherness,” she says.

For more information on Umoja Sessions and other Afros In Tha City Events, visit facebook.com/AfrosInThaCity

This article appears in the February 2020 issue of Avenue Calgary.