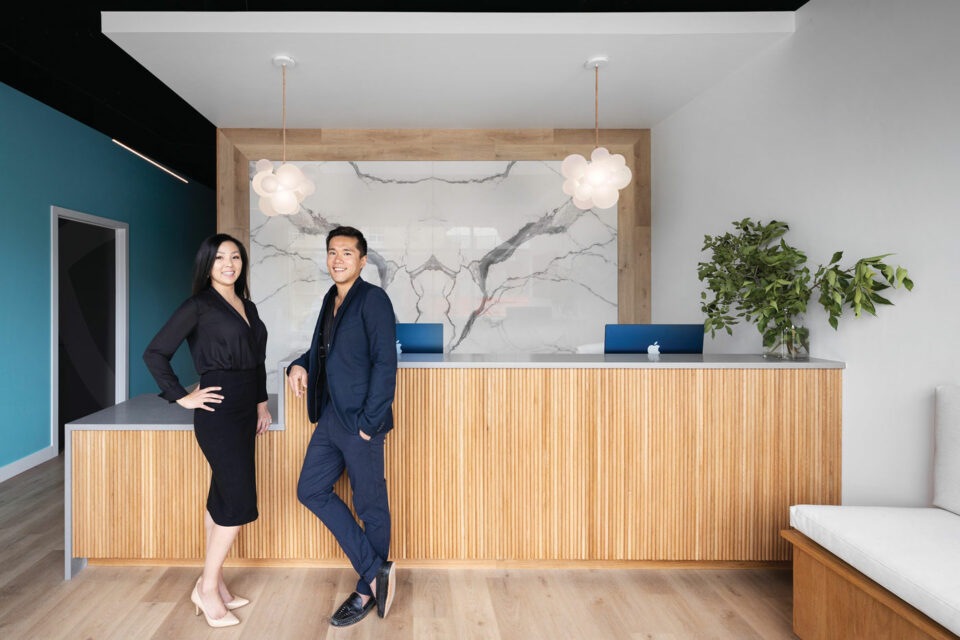 Maria Wu and Louis Duncan-He are the pair behind the new Maud Medical Clinic, a centre to advance vaginal health and education, in Bridgeland. The focus of the clinic is never in question, with its street-facing wall of windows and two mirrored, porcelain busts in the reception area that create the silhouette of a vulva. It’s “pleasant, not vulgar,” says Duncan-He.

Both Wu and Duncan-He’s partners are physicians, giving them unique insight into how the medical profession operates. The idea for Maud started with Wu, who was concerned that women’s health issues were being overlooked in the current medical system. In 2020, the Province removed fee modifiers for physicians, which Wu says makes it difficult for doctors to address multiple concerns with their patients over the course of one appointment. Wu had been researching gynecological issues such as incontinence and endometriosis after hearing stories from friends who were stuck waiting years for diagnoses and treatment. With the new fee structures, Wu worried that timely access to vaginal care would become even more of a problem, and decided to open a clinic where it would be the focus and not an afterthought.

“That’s where the whole concept of Maud came from,” Wu says. “Providing access and a place where anyone with a vagina can come and get advice.”

Wu had no intention of opening a conventionally drab doctor’s office, so she partnered with her friend Duncan-He, an interior designer, to create a space that is inviting and worth visiting.

Duncan-He combined his brand-strategy abilities with his design skills to develop the concept for the clinic. The name Maud loosely translates to “mighty in battle,” and it was also inspired by the ’70s sitcom Maude, whose titular character was fearlessly feminist. With a colour palette of magentas, blushes and blues the clinic feels more like a spa than a medical office.

Currently, physicians at Maud perform vaginal examinations, wellness consultations and pelvic-floor physiotherapy. The long-term vision is for Maud to become a hub for innovative new products and technologies for clients that are educational as well as accessible.

Both Duncan-He and Wu stress that their focus is on medical facts and products that empower and educate their clients. As such, you won’t find questionable “lifestyle” products on Maud’s shelves.

The clinic’s retail section has educational materials as well as a variety of vaginal-health-related items such as congratulatory cards for getting your first period. Maud also sells vibrators. Wu takes issue with calling them sex toys, though. She sees them as devices to empower sexual wellness and self esteem. “It’s for your own knowledge,” she says. “You can learn how to explore your body and appreciate yourself.”