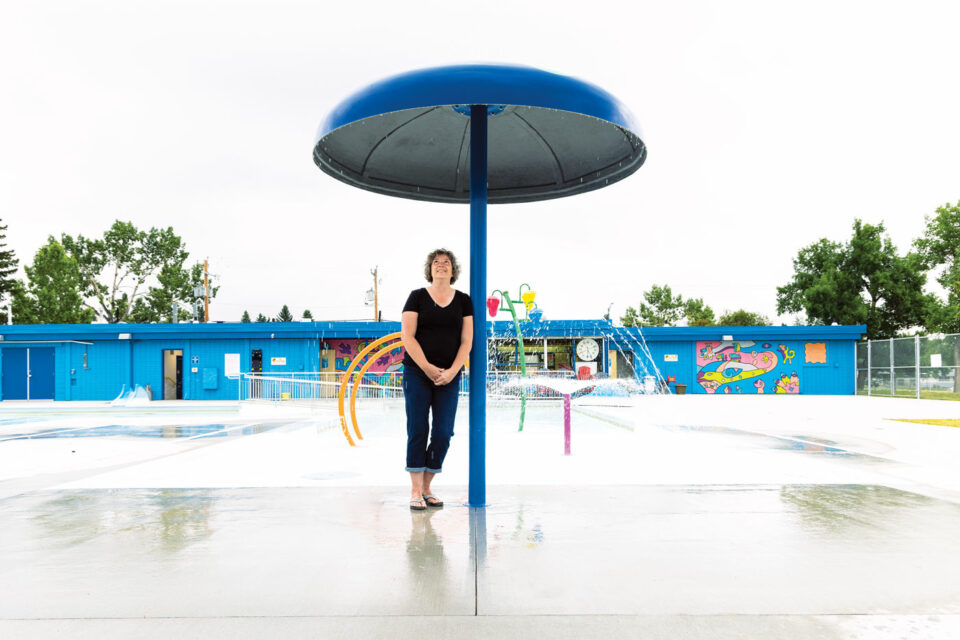 On a hot summer day, there’s nowhere better to be than poolside, which is why eight neighbourhoods in Calgary are very fortunate indeed to have community outdoor pools. As public facilities, the pools are open to anyone from any part of the city, but for the people living close by they are true community hubs.

Since 2004, the pools have been managed by the not-for-profit Calgary Outdoor Swimming Pools Association (COSPA) with a funding allowance from the City. (Initially, Silver Springs Community Pool was independently run by its community association, though it has since become a COSPA pool as well). Gloria Kelly was around for the formation of COSPA and currently volunteers as a director on the COSPA board. As a resident in the pool-endowed community of Highwood, Kelly frequented the pool there with her young children in the early 2000s. In 2003, she approached the Highwood Community Association about opportunities to volunteer and found herself with the role of pool coordinator. “It was a huge learning curve, because I knew nothing about operating an outdoor pool,” Kelly says.

Kelly managed to get her bearings and has run the pool ever since for the community, which pays her an honorarium. Over her two decades in the role (minus two years when she stepped away while COSPA and the City of Calgary did a major renovation on the pool), she has seen little kids learning to swim grow up to become pool staff. The reason she has lasted so long is because it’s fun, she says, but also a great way to connect with her community. Whether it’s young families who come to splash around or seniors who are there to swim laps and sunbathe, they all love their pool.

This sweet swimming spot gets its name from the rectangular concrete forms placed on the bank of the Elbow River as it rounds the bend from Stanley Park. At that point, the river deepens and the current slows to a gentle crawl, making it an ideal spot for a dip. That being said, it’s also a popular gathering spot for speaker-toting sunseekers, so don’t expect to have The Slabs to yourself.