The two-bedroom was originally built in 1911 as a residence for the farmhand who worked on the estate at the time. It belonged in the same family for 92 years before the current owners purchased it in 2003. The home was built in several small pieces and the space that’s the living room today was the original entire footprint of the home. The dirt basement was dug out by hand and that dirt was used to lay the foundation for the current garden. The bedrooms and bathroom were originally built as a lean-to structure on the side of the house to store things like hay. Lean-to’s were exempt from tax at the time so it was pretty common practice to build extensions that way.

2018 is a piece of living Calgary history, but along with it’s historical appeal it has several interior updates including stainless steel appliances in the kitchen, a four-piece bath and open-plan living room. The spacious yard includes several outbuildings. The garage was originally used as a chicken coop. The insulated attic, accessed by a ladder, is the right size for a cool and functional children’s play area.

Listed for $449,00 with realtor Sharon Schille.

Where the living room is today was originally the entire footprint of the home.

The kitchen has butcher block countertops and stainless steel appliances. 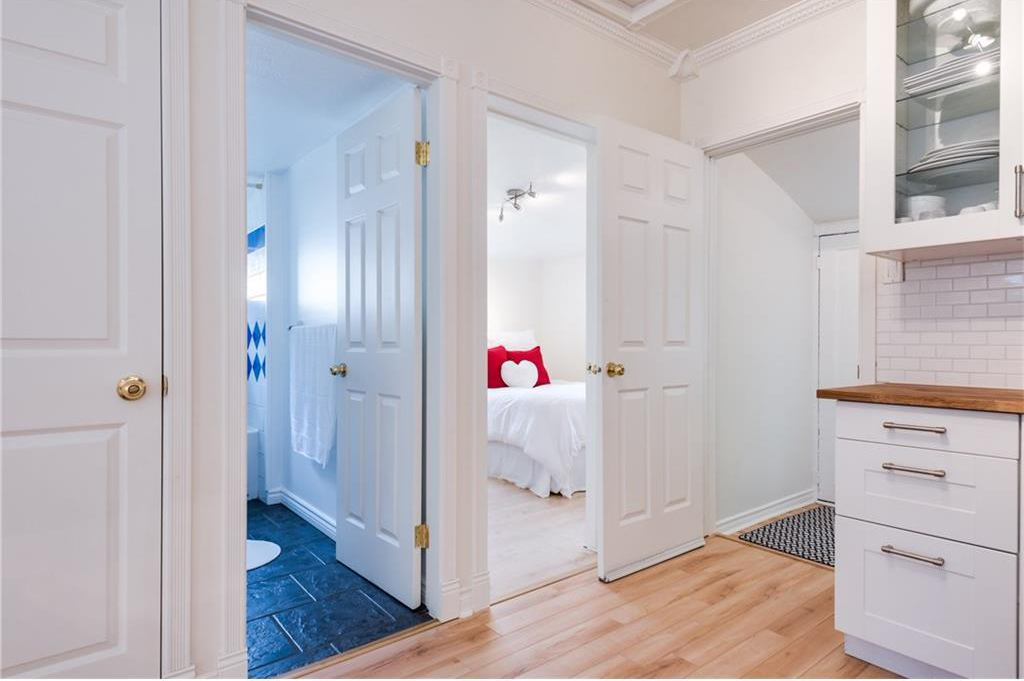 The insulated attic can be accessed by a ladder in front of the second bedroom.

The bungalow has two bedrooms and one bath.

The backyard has a new deck for entertaining.

The yard has a fire pit area and garden beds. 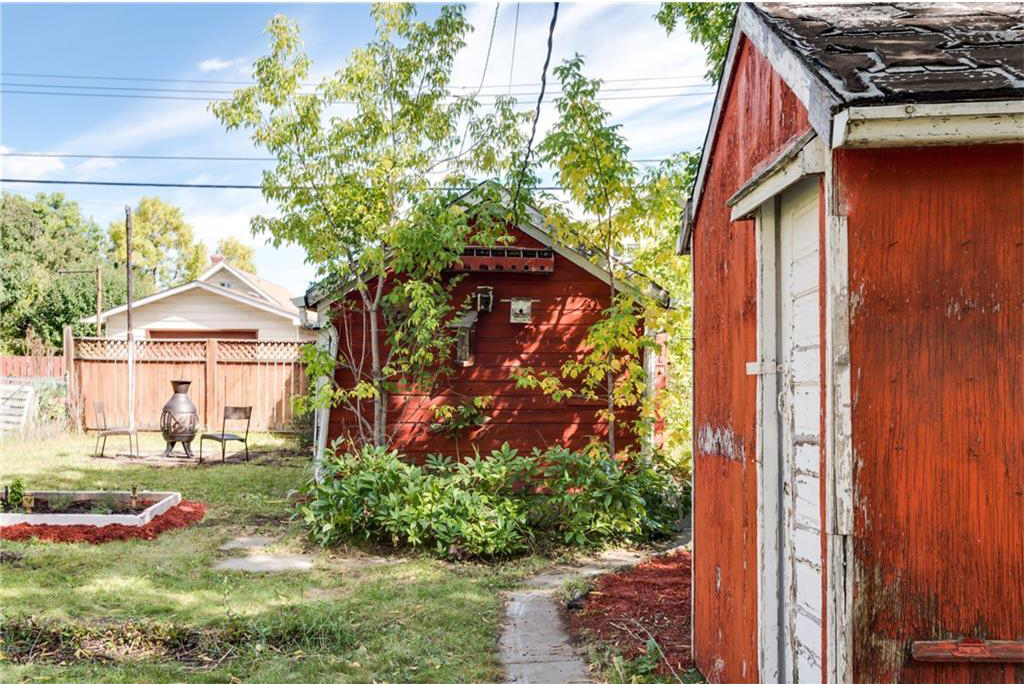 It comes with outbuildings including the detached garage which was originally a chicken coop.