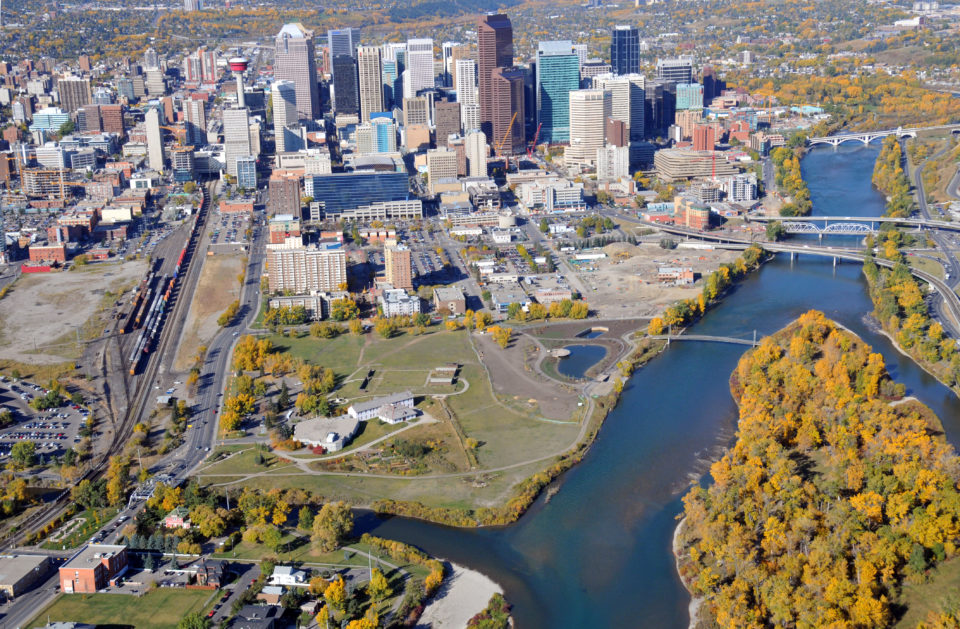 Looking up at the skyscrapers and hip businesses now taking root in the East Village, it is easy to forget that the area has undergone quite the transformation in its time. First established in 1875 when Fort Brisebois was erected at the confluence of the Bow and Elbow rivers, the area saw expansion in the early 20th century with companies including the Alaska Western Bedding Company setting up factories. Homes started cropping up around what could then be considered the “downtown” area.

By 1941, residential homes gave way to apartment buildings and industrial services. That, in addition to the consequences of the Great Depression, led Calgary’s medical health officer, Dr. D.W. Hill, to designate the crime-ridden area “skid row.” That impression stuck with the community for a long time. Now, with revitalization efforts well-underway, it seems the next chapter of the East Village story may be a brighter one.

Though it is turning the page, the East Village’s previous chapters are being compiled and tracked thanks to a new digital exhibit from the Calgary Public Library. The East Village Collection, a part of the Community Heritage and Family History Special Collection, was created in partnership with the Calgary Municipal Land Corporation and catalogues both the distant and recent past of East Village in an interactive digital format. The collection uses the library’s own extensive archives as well as media from the CMLC to create an educational resource on “Calgary’s oldest new neighbourhood” that tracks its development through the years.

Features like the East Village Evolution allow users to see and read about former buildings and landmarks geotagged on an interactive map that can be viewed through different years. 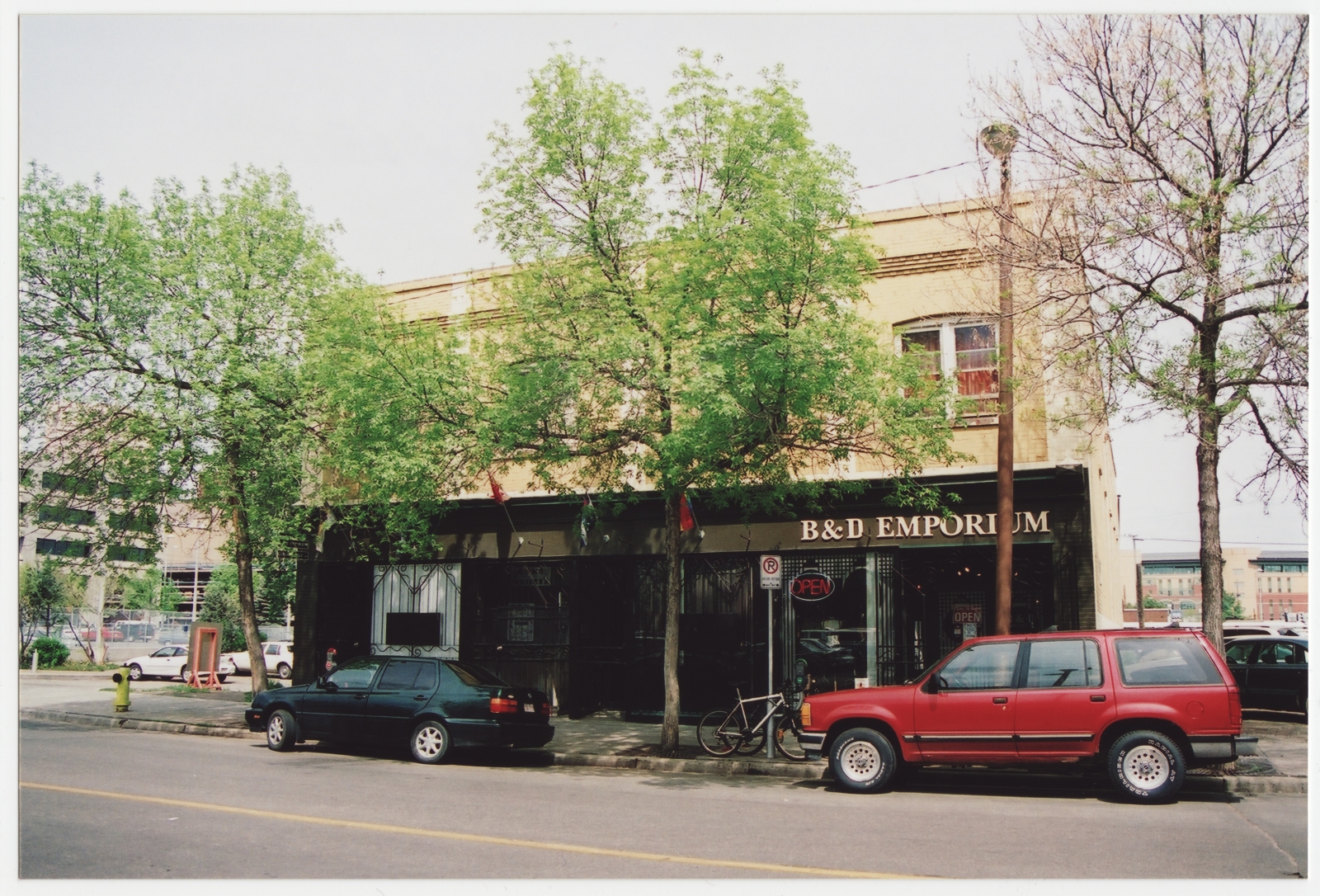 The B&D Emporium, formerly located at 426 8 Ave S.E., is one of many former buildings in the East Village.

Librarian Christine Pinkney has been working on the project for more than four months and says part of the goal of the project is to promote the library’s collections and tie-in with the New Central Library’s East Village location.

“With the New Central Library opening we want to boost our local history presence,” she says. “We’ve got this amazing collection and we’re always trying to find new ways to showcase it through programming and activities. And, of course, the digital side is what everyone is all about these days.”

A highlight of the collection according to Pinkney is the collection of aerial shots taken my CMLC that show the development of the of the neighbourhood from 2007 onward. “You can see the progression of buildings being built. It’s quite surprising how different it looks now,” she says. “A lot of the buildings that were there are now gone”

While it is still a work in progress, Pinkney hopes that at some point residents of the East Village will be able to appreciate all the work that went into creating such a unique collection. “I can just imagine someone five years form now living in a condo building in East Village and asking what was there before. They’ll be able to go to our site and see their block in 1910, 1950, and 2007 to see how it has that changed.”