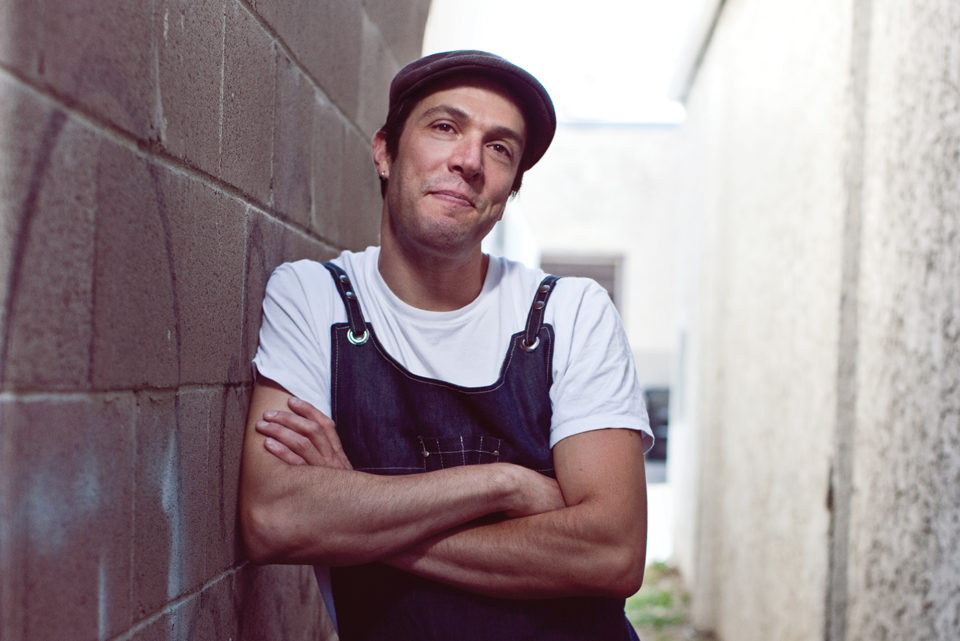 Every city has a baker. But besides supplying our daily bread, Calgary’s Sidewalk Citizen Baker, Aviv Fried, is known for his contribution to the vibrancy and livability of our community.

Born just outside of Tel Aviv, Fried grew up in Israel and came to Calgary in 1999 to study, not to bake. Until a few years ago, he had never made a loaf of bread. “I had a job offer to be a financial analyst in a major bank in Toronto when I realized that I wanted to lead a simpler life, one in tune with my ideals and my beliefs,” says Fried.

To learn his trade, Fried travelled the world, taking courses with leaders in the artisanal bread movement. Back in Calgary, he honed his craft, using locally grown and milled organic flours in his breads and pastries.

In 2008, Fried decided to challenge what was then still a hobby by baking 10 loaves each week, selling them to friends and donating the proceeds to the Canadian Organization for Development Through Education. Word got out and soon Fried was offering weekly bread delivery to customers in inner-city neighbourhoods. To fill the e-mail orders, he loaded a child carrier with paper-wrapped loaves and set out on his bicycle with the bread in tow.

“My bike encapsulates the philosophy of what I want to do,” says Fried of his micro-delivery service. “I want to be part of the solution, not the problem.”

For Fried, delivering bread by bicycle helps to decrease his business’s environmental footprint while also adding to Calgary’s hip factor. “An interesting street is one where there are interesting things to look at – different people, stuff going on. If I was walking down the street and saw a guy selling bread from his bike, I’d think that’s really cool,” he says.

Now Fried’s custom display bike can often be found loaded with fresh bread and scones pedaling down Stephen Avenue and stopping to sell his wares. In addition to his delivery and display bike sales, Sidewalk Citizen bread and scones are available at more than 12 local food markets, cafs and restaurants. Earlier this year, Fried also opened the Sidewalk Citizen Bakery storefront in the community of Manchester on Fridays and Saturdays. Fried’s ideas as well as his baked goods are clearly finding a hungry audience.

“Let’s make the streets more interesting – that’s the whole point. You just need to start – it will happen,” says Fried. “Things have to start in order to spread – other people will join in.” If the growth of Sidewalk Citizen is any indication, they already are.

Fried is an artisanal bread maker who embodies the slow food movement. His unique business philosophy is part of a desire to maintain a smaller environmental footprint and a larger connection with the community.

“If you’ve made something you’re proud of or created something that’s good, and made people happy – that’s success.”