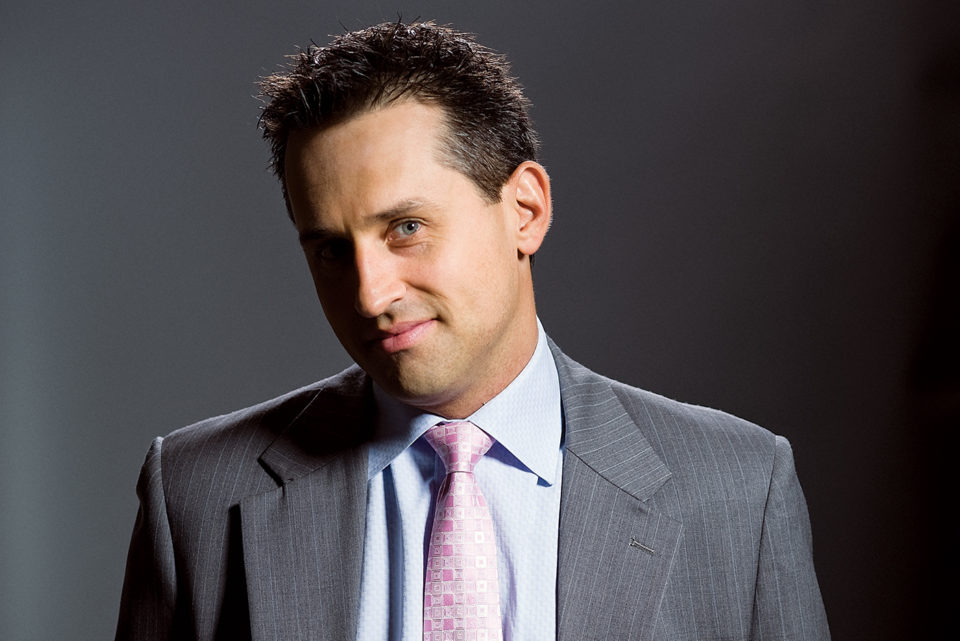 “Going back to those kitchen-table conversations, at the end of the day, a lot of issues my friends confronted needed the help of a lawyer and an investment banker.”

As a teenager growing up in Sault Ste. Marie, Ontario, Carmen Coccimiglio saw a lot of his friends recruited by sports agents to play professional hockey. As he listened to those initial kitchen-table conversations where his friends haggled over contract details with slick-talking agents, Coccimiglio dreamed about becoming a sports agent who had each kid’s best interests in mind.

But as there’s no set learning path to becoming a sports agent, Coccimiglio decided to work in professions he thought would give him the skills needed for the job. In 2000, he started work as a corporate lawyer in Toronto, where he did everything from mergers, acquisitions and divestures, to overseeing the legalities of corporate financing.

In 2006, a visit to Calgary had an unexpected effect on Coccimiglio. The city’s small-town feel reminded him of home. He decided to quit his cushy gig as a lawyer and “put his balls on the line” by starting over in a new city. “I saw a lot of people from small towns in Calgary who were trying to make a go of it, and I could relate to that,” he says.

Coccimiglio started work as a banker with Wolverton Capital Markets, helping small-cap oil and gas companies raise money to drill wells, expand to new areas and, he says, “find a suitable dance partner if they wanted to grow through acquisition and financing.”

But in the summer of 2008, when the economy nosedived into recession, Coccimiglio decided to leave the finance industry and commit 100 per cent to becoming a sports agent. He founded Superior Sports Management by the summer of 2009, which today represents 16 clients, including a number of teenage hockey and Olympic prospects, as well as Chicago Blackhawk goalie Marty Turco and Ted Nolan, a former head coach with the Buffalo Sabres.

Coccimiglio believes his past work experience has been invaluable, since it has helped him read, write and understand player contracts and deal with the financial side of the business, as well. “Going back to those kitchen-table conversations, at the end of the day, a lot of the issues my friends confronted needed the help of a lawyer and an investment banker,” he says.

Outside of work, Coccimiglio gives back to the community through Timeraiser, an annual event in Calgary that buys artwork from artists, then auctions it off to people who pay for it by donating their time to 28 non-profits, including the United Way and Volunteer Calgary.

In 2006, Coccimiglio helped organize the first Timeraiser event in Calgary, and he still plays a part in structuring all the volunteer agreements for the event. To date, five Timeraisers have been held in the city, with the latest one, this past summer, raising 6,827 volunteer hours for non-profits.

“A lot of these agencies tell us these events are their number-one recruiter for volunteers,” Coccimiglio says.

Why he’s the top: After two successful careers as a corporate lawyer and a banker, Coccimiglio decided to give it all up to pursue his childhood dream of being a sports agent.

The key to his success: Coccimiglio is a firm believer in the power of team sports. “Sport teaches you so many life lessons,” he says. “Anyone who I dealt with who was difficult, I can tell you, probably hadn’t ever played team sports.”