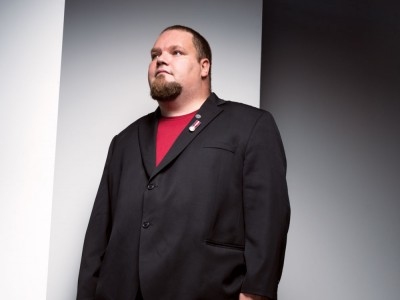 Dave Murphy is a tireless advocate for men and women in uniform. “It’s really about showing the troops that we haven’t forgotten about them,” says the founder of ThankASoldier.net.

Murphy maintains a network of blogs and social media accounts that he uses to draw attention to causes affecting soldiers and their families, and he has led initiatives as simple (on the surface) as buying a soldier a cup of coffee – or, rather, a couple thousand soldiers a cup of coffee.

Murphy spearheaded Coffee for Our Troops, urging Canadians to send money to the Canadian Military Families Resource Centre in Toronto. The money was then used to buy coffee at the mobile Tim Hortons outlet located at Kandahar Airfield in Afghanistan. Between 2007 and 2011, more than $100,000 in coffee made its way into the hands of coalition forces, which included more than just Canadians. Murphy also launched Operation Pen Pal, an online group that matches civilian letter-writers with soldiers serving around the globe.

When he’s not online, Murphy remains active supporting our troops as a community partner helping the Calgary Military Family Resource Centre, the Veterans Food Bank and Military Minds, a Canadian foundation set up by Corp. Chris Dupee to raise awareness about post-traumatic stress disorder in the military.

His dedication to those who serve extends beyond the armed forces. He also organizes YYC Coffee Runs, distributing Tim Hortons gift cards to the city’s first responders. The last YYC Coffee Run in June netted $4,875 in gift cards, which volunteers handed out to police, fire and EMS workers in flood-ravaged Calgary and High River. “A lot of [the responders] hadn’t had a good night’s sleep in a while, let alone a coffee,” says Murphy.

ThankASoldier started out as a one-man operation; Murphy now receives support from a group of volunteer administrators that includes active soldiers, military spouses and civilians. “The extra help has allowed me to take a step back … and, when I say take a step back, I mean back to the workload of a normal person,” Murphy says.