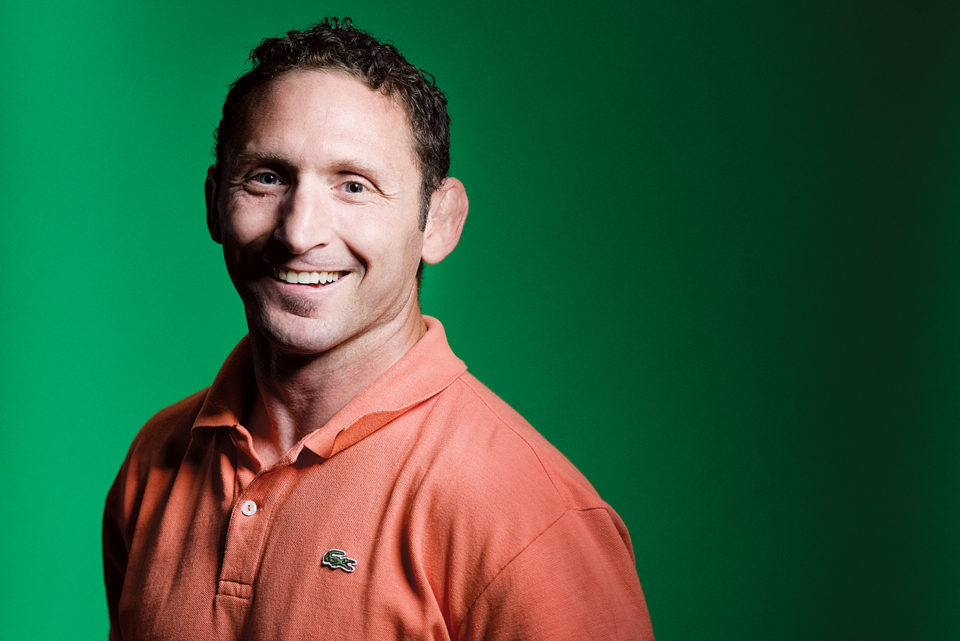 “What I had to do was combine the idea of using the creativity of putting films together and come up with a way of making a living, doing something that I’d enjoy.”

It all started with a hypnotist.

Jeremy Podlog had just graduated from film school and was looking to make a movie. He had a friend who was a comic hypnotist and was looking to make the leap from dive bars to better venues. So began a partnership that resulted in an award-winning documentary, The Deeper You Go, which played at the Calgary International Film Festival in 2003.

For a hometown boy, with his first movie making the cut at the festival, it was a pretty big moment.

“We stacked the audience,” says Podlog. “My mom was walking up and down the aisles saying, ‘Oh, my son, are you coming to watch his film?’ The hypnotist put on a hypnosis show. It was a pretty gratifying feeling.

“I thought, you know, the right producer could have been in the audience and that could have led to a different opportunity, but mostly it validated that I could make a film.”

Podlog has fond memories of that night, even though his next gig was working construction. Podlog didn’t make any money from the documentary, and hasn’t been back to the festival circuit with any other work, but the experience made him realize he could make digital films without wading through the bureaucracy of big companies or grant funding.

“Really, what I had to do was combine the idea of using the creativity of putting films together and come up with a way of making a living, doing something that I’d enjoy,” he says.

That realization led Podlog to co-found RabbitView in 2005 with business partner Elliot Negelev. RabbitView is a video production company that creates web videos for realtors, personal trainers, politicians and other small business owners. The process is inexpensive and totally streamlined, but still broadcast quality. Over the past three years, Podlog has made 3,000 videos for the real estate industry alone, including a weekly program that he used to do on Shaw community television.

And Podlog has big ideas for the future of the company. “If you’re a landscaper, make your own reality show about what you do, we’ll come out and film it before and after,” he says. “A personal trainer could do his or her own version of The Biggest Loser.”

Podlog’s other passion is wrestling. He still competes and puts in eight to 12 hours a week coaching kids with the Calgary Rebels Wrestling Club. He says wrestling – and he means classic Olympic-style wrestling, not the stuff you see on Smackdown – is a noble sport. “Wrestling is a pure combat sport, but even though there’s an element of aggression and intensity, it’s designed to keep its participants safe,” he says.

The code of wrestling informs Podlog’s approach to life and work. He once had a film teacher who described another student as having more balls than brains. That sounded like a good approach to Podlog.

Why he’s the top: Podlog is bringing digital video to Calgary’s business community. His company has made thousands of quick, inexpensive, broadcast-quality videos.

The key to his success: Podlog uses what he learned as a wrestler as a philosophy for his whole life. “I use the ‘wear down’ technique. I use it in every aspect of my life,” he says.