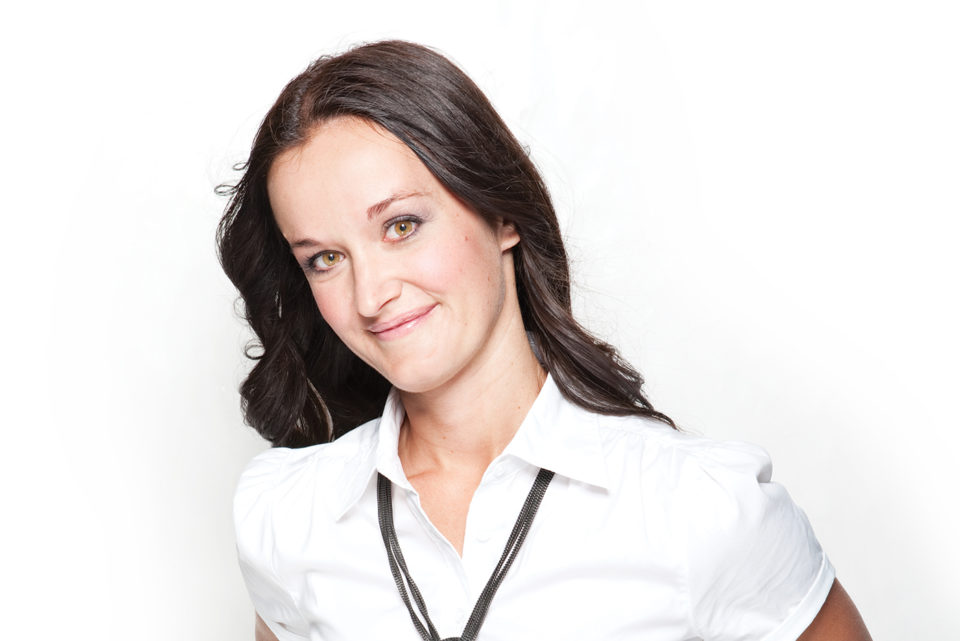 “I see what gets companies excited about giving and being involved in the community, and then develop a plan to fit.”

Kristen Brown spends her days thinking about food – how she can amass large piles of it, or how she can raise the cash to buy it.

She’s got a steep grocery tab; every year the Calgary Inter-Faith Food Bank gives out $20-million worth of food to Calgarians in need.

To help cover the bills, Brown manages at least 10 major Food Bank events each year, including the $900,000 CBC Suncor Food Bank Drive and Husky Energy’s Help the Hungry Week, which raises more than $150,000 in seven days.

It’s designing events that cater to the interests of corporations that makes Brown successful at getting companies in Calgary to jump on board and give away their money. “I see what gets them excited about giving and being involved in the community, and then develop a plan to fit,” says Brown.

That, at least, is how she found herself in a bidding war for a chuckwagon tarp this past summer. Law firm Burnet, Duckworth and Palmer (BDP) were looking to host an event that celebrated the Stampede, but also gave back to the community, so Brown created the Put the Boots to Hunger campaign.

The fundraising campaign was simple. BDP purchased sponsorship of a chuckwagon tarp for the Rangeland Derby, which has wagons ripping up the track in heated races each night of the Stampede. Instead of BDP owning the tarp for all 10 days, sponsorship was broken into single days and resold at a 50-per cent markup to nine other companies. Each company got ownership of the tarp for a day, their logo on the canvas and an exclusive behind-the-scenes party and the Food Bank got all profits from the resale.

This past year, proceeds from tarp sales, combined with donations collected at more than 50 pancake breakfasts, helped the Put the Boots to Hunger campaign raise more than $500,000.

In an experience far removed from raising cash at swanky Stampede parties, Brown’s perspective on helping the hungry is the same when she travels to Africa with Hands at Work. The non-profit works with children in extreme poverty and trains local volunteers with skills including nutrition and first aid. Brown has been on four trips with the agency, spending three weeks each time. This past spring, she helped plant a garden that provides one meal a day to each child in the community. The garden serves as a food source, as well as a tool to check in with kids on their home life.

“If they know that someone cares enough to look out for them, they will be all the better for it and we can start to break the cycle of desperation,” says Brown, and it’s a statement that rings just as true for her in Africa as it does in Calgary.

Why she’s the top: She designs and organizes some of the city’s most lucrative fundraising events – in fact, her events with Husky Energy, Suncor and Burnet, Duckworth and Palmer LLP have raised about $1.5 million for the Food Bank.

The key to her success: “I know the difference between an event you put your heart into and one that you haven’t, and I know that affects the outcome in terms of what you can offer your clients.”