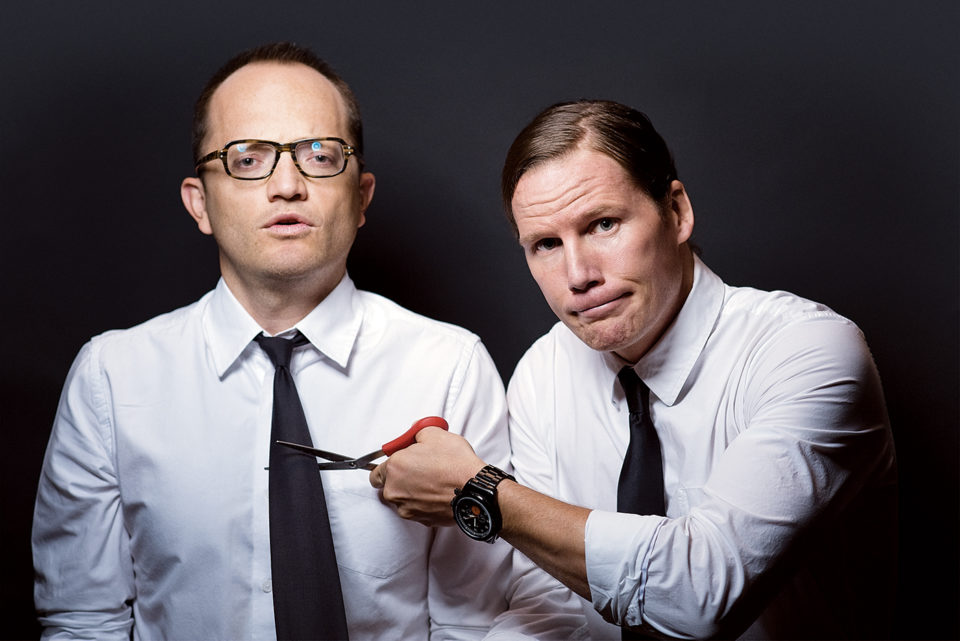 “They say the grass is always greener on the other side but I feel like the grass is pretty green on our side.” – Pete Emes

They have travelled the world, performing alongside some of the legends of the DJ world in venues they used to dream about – such as with electro-house musician Steve Aoki at snowboarder Shaun White’s gold-medal party during the 2010 Winter Olympics and at Lollapalooza with the late DJ AM.

So, the Smalltown DJs – partners Pete Emes and Mike Grimes – are well aware the seemingly crazy lifestyle that comes with touring the world and making music that gets people going, but it’s not something they feel entitled to.

“They say the grass is always greener on the other side but I feel like the grass is pretty green on our side,” says Emes.

The dance club DJs paired up in 1999, after Grimes heard Emes DJing at the Embassy nightclub and realized the two were playing similar types of music. They began mixing beats and playing at local shows. It wasn’t long before the two were able to quit their day jobs – Emes as a geologist and Grimes as a graphic designer – and pursue DJing full-time.

Their 11-year DJ marriage has spawned a weekly DJ-hosted dance party night in the city – Hai Karate, which has been running for 10 years. They’ve also run a small record label, Big Foot Records, and a clothing store, Giant 45. In 2005 the duo opened the popular nightclub The HiFi Club, which has brought in acts like Diplo, Chromeo and The Constantines.

A personal highlight for Emes was when Black Francis from the Pixies went on a small club tour and played at The HiFi Club two years ago. “If the 18 year-old me had been told that the 32-year-old me was going to own a bar where Black Francis was going to play a show, I would have told him to get lost, because there’s no way that would have ever happened,” Emes grins.

This year, the buds have released two songs, “Boom Ha” and “Party Motion” as Smalltown Romeo, a musical collaboration with fellow DJ Wax Romeo. “Boom Ha,” in particular, has received rave reviews from such music and culture magazines as Fader and Juxtapoz.

The DJ duo isn’t planning on slowing down any time soon, but they do have a warning for all those up-and-coming DJs out there.

Why they’re the top: The duo has been long-time fixtures on Calgary’s music scene, hosting a dance party night for 10 years. They also own and operate The HiFi Club and have played such big-time music festivals as Lollapalooza.

The key to their success: “We’re always on the same page no matter what happens and focused on the same goal, which is world domination,” Grimes says.