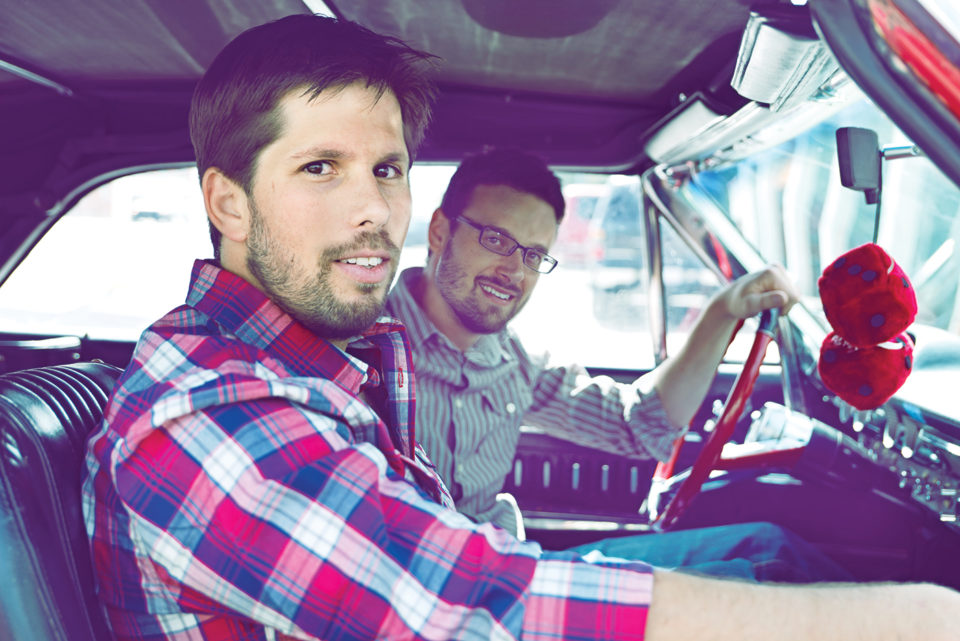 The buzz Phil Robertson (right in the photo above) and Sebastian Sztabzyb (left) get from a cup of coffee is not the same buzz the rest of us get from our morning pick-me-up.

That’s because before the pair takes a sip, they’ve already put in months worth of work. They’ve hiked into the farm where their beans are grown and analysed the harvesting operations. In each of the eight coffee-producing countries they visit annually, they taste more than 100 samples, choosing dozens to bring back home and only a handful of those sell. Those beans go through their roaster in Calgary, the temperature of which is recorded every second in three areas on on software they created themselves. The roasted beans are ground and brewed to serve at one of two Phil & Sebastian cafés by a barista who trained for up to six months before serving a cup to a paying customer. It is coffee at a level Calgary hadn’t experienced before Robertson and Sztabzyb made it available.

“You’re not truly in touch with coffee until you are involved in the end-to-end process from agriculture to roasting to brewing,” says Sztabzyb.

Before they took intense control over the coffee process, the beverage was just a curiosity for them. The pair met at the University of Calgary as engineering students, graduated during the tech boom of 2000 and landed lucrative jobs in the tech sector. But engineering soon lost its lustre. “The challenges were great, but it was decidedly unsocial,” says Robertson.

Phil & Sebastian Coffee Roasters served its first coffee on March 30, 2007, at the former Calgary Farmers’ Market in Currie Barracks. By their second week, their slow-brew approach had won over the Calgary crowd, as dozens of customers lined-up daily in front of their kiosk before it opened. In 2009, they opened a second café in Marda Loop and one year later another one in Chinook Centre. “The mall was a deliberate challenge to take our philosophy to the unconverted who know little about quality coffee,” says Robertson.

Each week, their two cafés (the Farmers’ market location closed when the market moved) sell 7,000 cups of coffee, each one has tasting notes describing where the beans come from and the flavour profile of the beverage. In 2009, the brand spun into a partnership with fellow entrepreneur Rob Oppenheim to create 15 Kilo Coffee Roasters, a wholesale business that sells coffee to offices and restaurants and that created $700,000 in revenue in its first year without any formal marketing. Altogether, Phil & Sebastian is a $3.1-million business with 42 employees after just four years.

“Our version of growth is evolution,” says Robertson. “The ultimate goal is to identify issues in our current operation, address them and evolve.”

They’ve made coffee connoisseurs out of Calgarians with two cafés and a roastery that bring in an annual revenue of $3.1 million one fresh-brewed cup at a time.

The key to their success:

Near fanatical control. They visit every bean supplier, monitor the roasting with software they’ve created themselves and give up to six months training before their baristas get to serve a single drink.