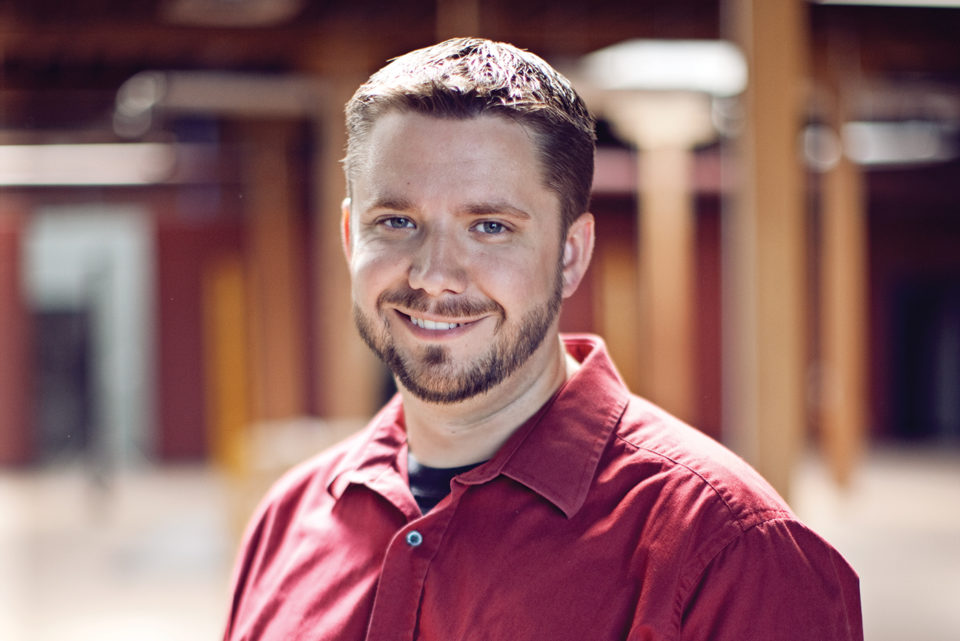 Simon Mallett has always been a theatre junkie.

In Calgary, Mallett worked closely with the theatre company Bubonic Tourist. That theatre company closed a few years after his arrival, but Mallett had already set up his own theatre company that focused on creating, directing and producing socially and politically engaging theatre that would make people think.

“I was driven to have a forum to exchange ideas and to use theatre as the form to do it,” says Mallett. “There are so many different perspectives in Calgary. There definitely is an appetite for discussion and debate.”

Mallett’s new company, Downstage, officially made its debut in August 2004. In its early days, Mallett was working 60 hours a week with Downstage while maintaining a part-time job to pay the bills. Seven years later, the company has performed more than 20 productions and now operates two theatre spaces: Motel in the Epcor Centre and Birds & Stone in the Unitarian Church of Calgary.

Downstage’s work has also gone on to receive critical acclaim. The production In the Wake won Outstanding New Play at the 2010 Betty Mitchell Awards for its unique staging and complex plot exploring environmental issues surrounding the fishing industry and ocean dead zones. In the coming years, In the Wake will tour Canada.

Any time Mallett has left over he divides very carefully. He works with the creative ensemble at Downstage to develop new productions and also works with emerging artists and directors to encourage their craft through the use of his company’s performance and rehearsal space, technical know-how and administrative resources. “When art thrives in the city, we all thrive,” says Mallett.

When Mallett was 25, he created his own theatre company to showcase political and socially charged issues affecting our community. To date, his company has produced more than 20 shows, many of which have received critical acclaim.

“I am in a constant state of examination and reexamination of myself and my surroundings. I don’t accept things for the way they are just because they’ve always been that way.”