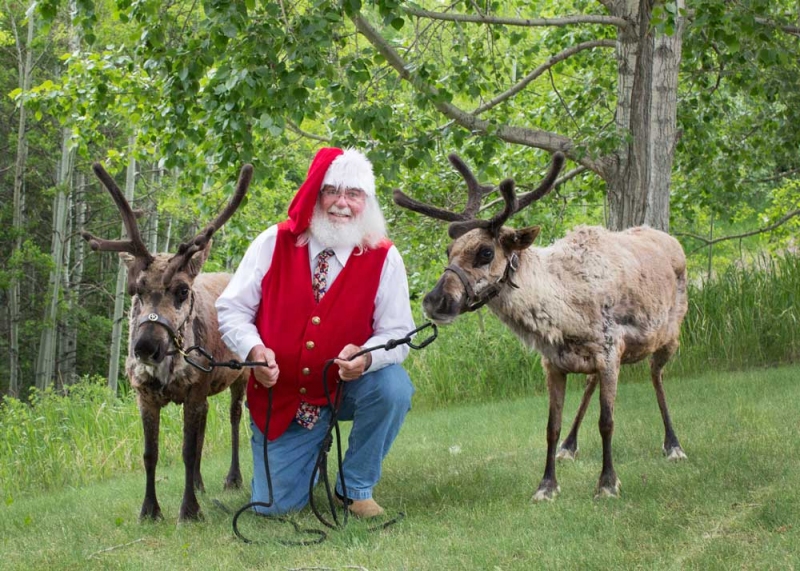 “I’m always watching out,” she says. “We’re constantly looking for how could it be better, was it magical enough. But in the opposite vein, if I go and I’m pleasantly surprised, it’s really exciting.”

Her vigilance is understandable – as the dean of Santa School Inc., the only school in Canada where you can train to become a professional Santa Claus, Andrews has high expectations of everyone’s favourite toy maker. The Calgary-based school produces dozens of professionally-trained, outfitted and usually real-bearded Santas every year.

While some people find the school’s concept unusual, Andrews says it’s worth it to go the extra mile for a professionally trained Santa, especially considering that the man in red is also usually the man of the hour.

“When you really stop and think about it, we have professionals that deal with everything in our lives. So why would we not have a professional be this iconic person who has all of these values and all these great childhood memories [attached to him]?,” Andrews says.

The school’s students have one of the greatest professional Santas of all to look up to: the creator of Santa School himself, Victor Nevada. A former real estate agent, he got his own start playing Santa in 1985 for his clients’ children. Nevada went on to start Santa School in 1998 and took on the role of Santa Claus full time. Known as “Canada’s Top Santa,” he was even posthumously inducted into the International Santa Claus Hall of Fame – located in Santa Claus, Indiana – in 2011.

Andrews, a self-proclaimed “Christmas fanatic,” first met Nevada when she hired him to be Santa for a family Christmas event. The pair stayed in touch and became friends over the years. When Nevada passed away in 2009, Andrews continued his legacy by running the school in his stead.

The training program takes place twice a year over the course of a weekend, and features lessons from industry experts on topics like oral hygiene, vocal training, beard care, character building, how to answer tough questions from children, body movement and even dance.

Andrews estimates they’ve trained hundreds of Santas (as well as some Mrs. Claus’ and elves) over the years, with people traveling from as far as the United Kingdom, Sweden, Congo and all over Canada and the United States to attend the school. The men come from all walks of life, though Andrews has found that a large number of them tend to have either a military or police background.

“I believe the reason for that is that they have always been servants of the public, and generally speaking, protective of women and children in particular,” Andrews says. “The holidays are often a very hard time for those [men] because they see so many horrible things. This gives them a chance to see the public that they’ve always served but in a much happier way.”

Andrews regularly books out Santas from their program, both locally and for companies and events across the world. You’re just as likely to find one of them at a family Christmas party in Calgary as you are at NHL events, major parades, government events or even in movies and commercials. Since many of the trained Santas go on to work at events with children or high-profile guests, each one goes through a police check before starting their training.

All students are encouraged to bring their own personality to their Santa persona in order to create what Andrews calls a “well-rounded Santa.” Given the iconic nature of Santa’s physical appearance, there’s also an emphasis on finding the right look, from creating the perfect custom suit to finding the right belt or pair of well-shined boots to go with it. “These guys accessorize for days,” Andrews laughs. “They can put any woman to shame in their accessories.”

Personal hygiene is another important aspect to embodying Santa, which means beard care, oral hygiene and smelling good overall are important. And for those blessed with a natural beard? The whiter and longer, the better. “There’s all kinds of beard envy in the Santa world,” says Andrews.

While she has no desire to wear the Santa Claus or Mrs. Claus garb herself, Andrews loves finding prospective Santas and sending them out into the world. It’s a responsibility both they and Andrews take seriously. After all, there’s a reason “Canada’s Top Santa” chose her for the job.

The next Santa School training weekend takes place from Oct. 15 to 17. Visit santaschool.com for more information.