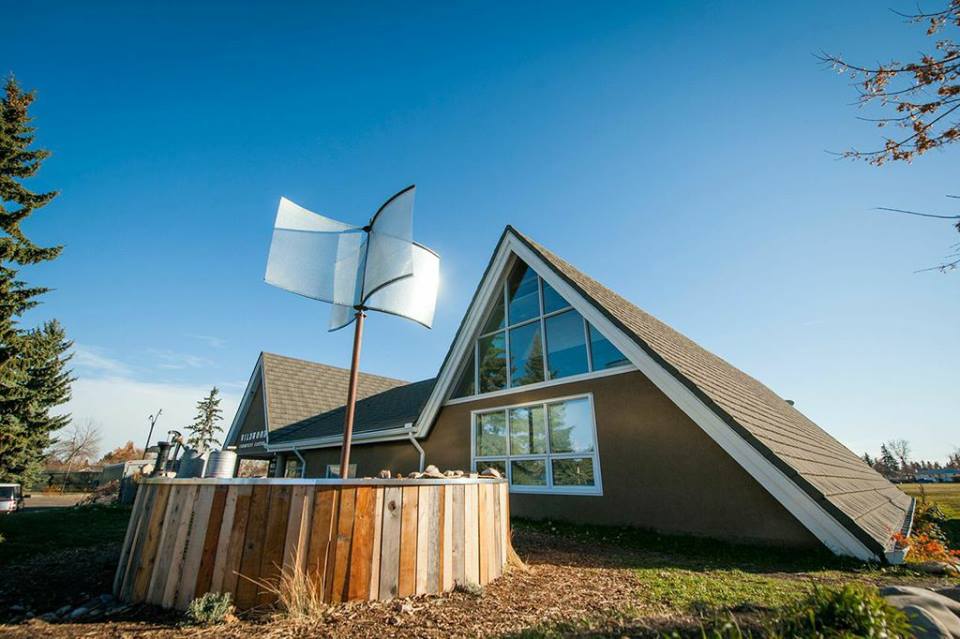 Noticing her neighbourhood’s annual May cleanup often produced an overwhelming pile of waste materials, long-time resident and artist Michelena Bamford decided to do something about it.

“It was really interesting to see all of this waste and excess of materials coming in for that cleanup, right beside the space where we’re trying to create and build new things,” says Bamford, a member of Wildwood’s permaculture community garden.

Together with fellow artist and designer Lane Shordee and the rest of the Wildwood community, Bamford led a project to construct a water spiral from material collected at May 2014’s cleanup that would provide water to the community garden. The project won them a $5,000 Soul of the City Neighbour grant from the Calgary Foundation and Calgary Economic Development.

The water spiral, unveiled in September 2014, holds around 400 gallons of water that was going into the ground naturally. It has since become a focal point and gathering spot for the community.

“It’s sort of a prototype for artistic infrastructure that could work in other communities,” says Shordee.

For more information about the Wildwood Water Spiral, visit facebook.com/waterspiralwca.