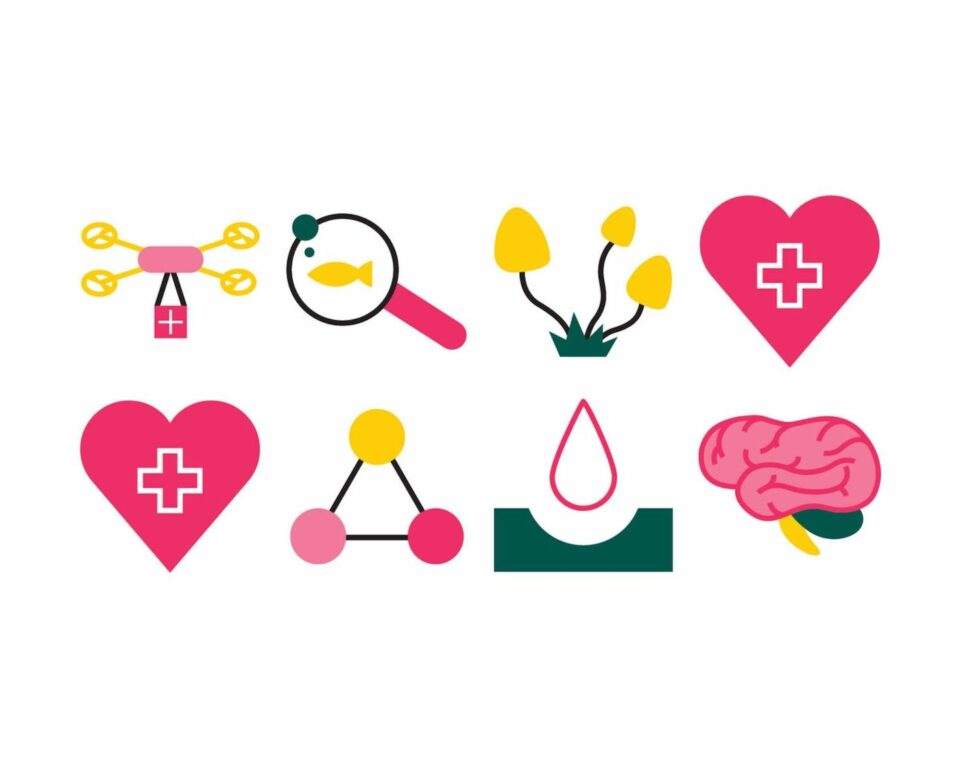 A $2-million, five-year multi-disciplinary research project led by UCalgary and involving researchers at SAIT and the University of Alberta, addresses the problem of fouling, corrosion and erosion in steam generator boilers used in oilsands operations. Fouling is the result of buildup inside the generators’ metal tubes. The buildup affects boiler productivity, while corrosion and erosion risk damaging the boiler tubes, which can shut down production and cost huge amounts of money. The researchers aim to reduce these problems to increase steam generator efficiency and thereby reduce the environmental footprint and costs.

Remote communities often don’t have adequate and timely access to medical supplies or equipment, and weather sometimes makes traditional delivery impossible. For this pilot project last summer, researchers worked with Alberta Health Services as well as Alberta Precision Laboratories to use unmanned drones to deliver medical supplies and COVID tests to three reserves in the Stoney First Nation. The miniature helicopter-like drones can carry up to 45 kilograms. The long-term goal is for national and global use.

A UCalgary research breakthrough on animal models has found two ways to potentially prevent and reverse the effects of Alzheimer’s. Researchers found that limiting the open time of a channel called the ryanodine receptor (a gateway to cells in the heart and brain) prevented and reversed the disease’s progression. The team also discovered that the drug R-carvedilol, typically used as part of a pharmaceutical mix for heart patients, reversed memory loss and brain damage in mice. There are still many steps before clinical trials but the work looks very promising.

UCalgary and Rogers Communications Team Up for IoT Advancement

A five-year agreement between Rogers and UCalgary will help advance research into the Internet of Things (IoT) to better support Canadians and Canadian businesses. Since COVID-19 has highlighted the importance of connectivity and communication, this research into internet-enabled objects is more relevant than ever.

Two UCalgary associate professors, Dr. Bonnie Lashewicz and Dr. Zahra Goodarzi, are researching ways to improve quality of life and care for workers and patients in long-term care homes. One project is about protecting the mental health of workers against feelings of guilt and shame that come from mediating between family and terminally ill patients. The second addresses better palliative care and reduced suffering for older and frail patients in the homes.

Derivates of psilocybin, the molecule found in magic mushrooms, hold promising medical properties. Started by UCalgary researchers, MagicMed aims to manufacture a clinical version of the molecule responsible for the hallucinogenic effects of magic mushrooms for pharmaceutical use. The molecules could help in the development of treatments for anxiety, depression and migraines.